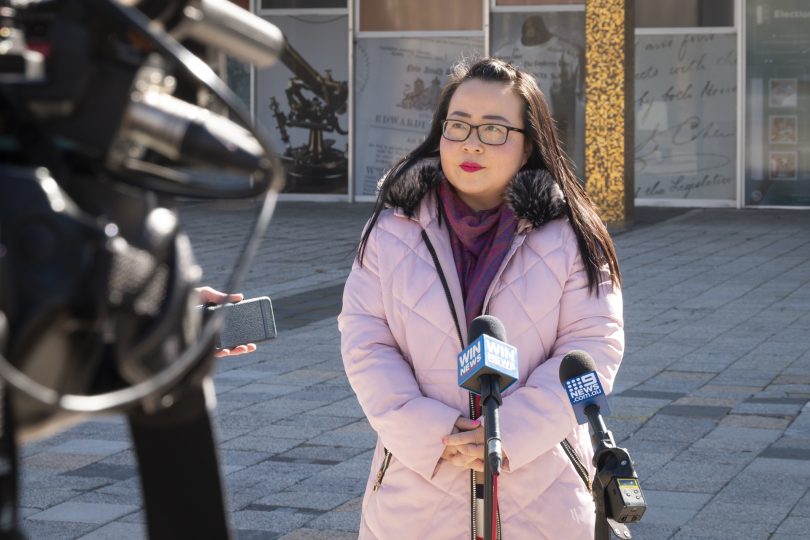 The Canberra Liberals have pledged $15 million towards school maintenance projects if they take government in October’s ACT election after concerned parents took their children out of Yarralumla Primary School because of concerns about lead paint.

The four-year fund will be targeted towards maintenance issues identified in a school infrastructure audit that ACT Shadow Education Minister Elizabeth Lee has promised to call within weeks of taking government.

The announcement came a day after Ms Lee said an independent inquiry would also be launched into the handling of lead paint remediation work at Yarralumla Primary School.

“The neglect of many of our ageing school buildings has exposed young children, parents and teachers to major health risks such as asbestos and lead contamination,” said Ms Lee.

“We need to look after our school communities to remove major disruptions and ensure our future generations have every opportunity to excel in their education.”

The majority of Canberra high schools and nearly three-quarters of Canberra primary schools were built more than three decades ago, when lead paint and asbestos were commonly used in construction, said Ms Lee.

“Parents are paying more than ever through rates and taxes,” she said. “They deserve peace of mind knowing their child’s school has a safe and optimal learning environment.”

“With this initiative, we’re bringing forward funding and projects in the short-term so that maintaining our schools doesn’t just benefit our students, but also acts as a key economic driver for local businesses.”

Further information about lead exposure, asbestos and mould can be found on the ACT Health website under Environmental Health.

Feels wrong-footed to me, and has to be a rare time the Libs want to increase funding for public schools.

First, you’re going into bat for a school that services the 93rd percentile? YPS hovers around 91-95 on ICSEA. There’s very little sympathy for the top 10%, even tho we’re talking about kids being poisoned by (surprise!) neglect and incompetence.

But deeper than this, you’re never gunna win against the ALP on schools (or health), unless you use proof (data), and not sentiment. How about talking about how catastrophic the NAPLAN results are going, and how ACT kids futures have been stolen by a lazy gub’mint about to begin its third decade in power?