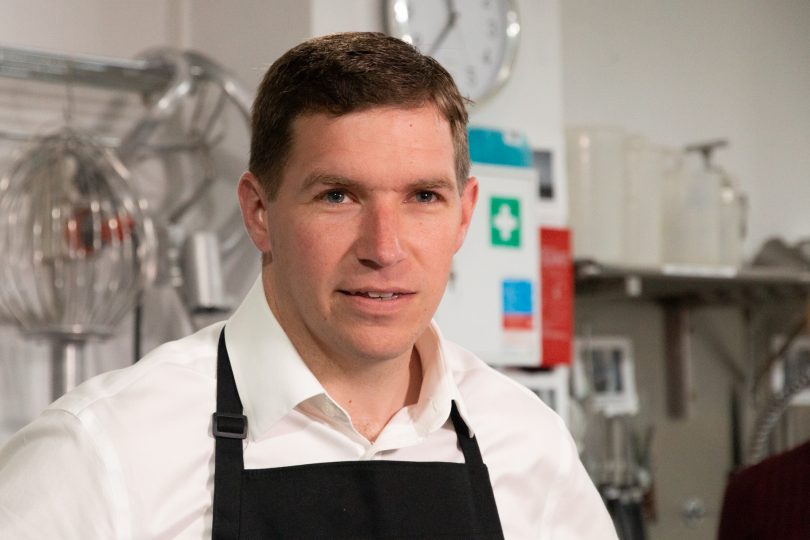 The Canberra Liberals have released costings for their election commitments, nine days out from the 17 October poll.

According to the Liberals, their promises will cost $1.1 billion over the next four years.

The Liberals have been under pressure to release their costings and explain how they would pay for their policies after leader Alistair Coe has repeatedly said the party would not borrow any more money than Labor, while also lowering taxes and providing better services.

Mr Coe has continually fallen back on his “grow the pie” theory, saying that making Canberra more affordable will entice people from satellite towns like Googong and Jerrabomberra to live in Canberra, therefore raising tax and rates revenue.

Mr Coe has not estimated the level of migration to the ACT needed to raise enough revenue to cover the costs.

However, Labor has estimated that more than 100,000 new ratepayers would need to move to the ACT this financial year to cover Liberal election promises without borrowing.

“It is true that if there is a feeling in the community that they definitely want a change [of government] then it won’t matter if people still have doubts over where the money is coming from, but I still think it is an issue,” Professor Warhurst said.

“I do not think the argument about growing the ACT as a way of raising revenue cuts through – at least not people I am talking to. They feel that, at the very best, it is very long term, it is not something that will balance the books in four years.”

Mr Coe told ABC Radio that economists both inside and outside the Liberal Party have backed his claims, but refused to reveal any more detail on the modelling.

When asked if he was expecting Canberrans to just believe the Liberals’ anecdotal evidence in lieu of any modelling, Mr Coe pointed to comments from Dr Khalid Ahmed from the University of Canberra and former Labor Chief Minister Jon Stanhope.

He also pointed to what he had heard doorknocking, saying Canberrans were telling him they were feeling the pinch.

Chief Minister Andrew Barr criticised the Liberals’ economic theory, saying the contradictory pledges to cut the ACT’s revenue stream by freezing rates and not cutting money from services without borrowing another cent did not stack up.

“The Leader of the Opposition must release the advice that he is basing his ‘magic pudding’ theory of economics on, after confirming this morning that he has a team of economists supporting his theory,” Mr Barr said.

“As an alternative Chief Minister, he has to show the ACT community how he plans on supporting the growth of the ACT’s economy during this global economic crisis.

“Where are these people going to live? What schools are these families going to use? Where are the Canberra Liberals plans for the additional public healthcare, the public transport and the jobs that would be needed to support this huge increase in population.”

Oh there is a better way then lol
So what assets and other taxes will increase to cover such spending over 4 years?
Mark Parton thinks he has all the answers and gimmicks with silly videos etc while mr coe looks like a fool not saying anything of note.
This opposition is hopeless and no doubt mr Parton (who thinks his so popular) will go for the leadership position when this mob loose the coming election. I am no fan of either party but the liberals just talk a lot of bs and wouldn’t do anything promise wise if they got into government anyways.
Blind leading the blind in Canberra and there is a better way, not have self government full stop.

Regardless of what the costings are, the other mob promise nothing and just keep hiking up rates, increasing ticket inspectors and speed camera, household levies, regos, literally anyway to steal money fro your wallet. Canberra needs a change!

Asked a few times how are they going to cover it . No response.

Seems like lunacy what Coe is proposing. He should not be appearing so radical to the voters. 1 billion in spending over 4 years isn’t what people want. People just want to live peacefully in a nice city. Reducing rates is fine but make sure you’re not sacrificing our well built roads, healthcare and school network.

“Mr Coe told ABC Radio that economists both inside and outside the Liberal Party have backed his claims, but refused to reveal any more detail on the modelling.”

It must be some dodgy economists in question. If there is one thing economists like to do, it is put some ludicrous assumptions and forecasts out there. I would of thought they’d be all over this opporunities….

Unless its all a case of the Emperor and his new clothes.

My understanding of the Liberals mandate is, broadly speaking, to sell assets, to pay for rate freezes, to incentivise their re-election… at everyone’s long term expense.

They’re behind the tram too: that’s $2 billion to interstate contractors in a pandemic and recession, but note that they won’t respond directly to those questions either.

Australian Climate Change Justice Party has an alternative use of funds, in applying solar panels and a vanadium battery unit for every rooftop in canberra: residential, government and community buildings.

A community owned asset that both earns and saves money.

Yep, all 3 major parties are promising to splash the cash around through significant new borrowings.

Which might make sense if the majority of it was going towards things that would promote future economic growth or open up new opportunities for Canberrans.

Unfortunately we have whole piles of pure dross.

Coe has never held any real job outside politics and it shows. Just no idea.

Coe has no way to pay!! And he keeps blocking anyone who questions this.. he won’t answer, he just blocks.

Let’s put this into context. The ACT budget is just under $6 billion a year. They want to spend an additional 1.1 billion.

They have absolutely no way to pay for this.

“….it is not something that will balance the books in four years.”

Anyone who thinks that the ACT Government’s books will be “balanced” in four years under the policies of any of the parties contesting this election needs to remember the pithy wisdom of Daryl Kerrigan.

What’s Labor’s costings! Got those?

Andrew Duncan they have openly stated their policies are based on borrowings. Like the national Liberal party. 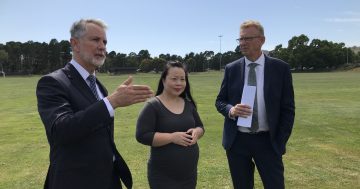