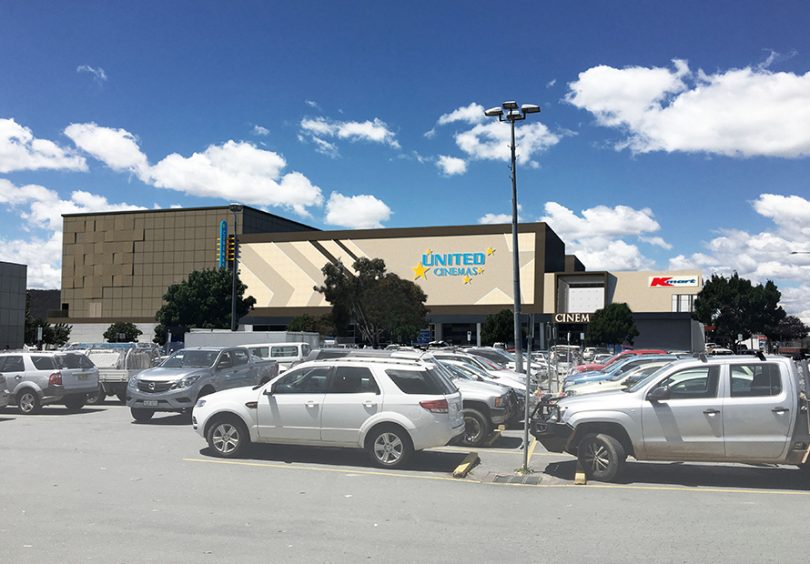 The site of the new complex above Kmart in Morisset Street has now been demolished, and the developer, Sydney-based United Cinemas, is expected to begin construction in the new year.

The theatre will consist of nine cinema screens and will provide the community with state-of-the-art cinema theatres, with high-quality in-theatre dining options.

The development application was approved by the Queanbeyan-Palerang Regional Council on 14 March 2018.

Queanbeyan-Palerang mayor Tim Overall told Region Media he has been a long-time advocate for a local cinema.

“Although Council isn’t involved in the private development of the cinema beyond approving the development application, we know it is highly anticipated by the community so we touch base with the developer occasionally to see how things are coming along,” Mayor Overall said.

“They recently advised that they’ve finished the internal demolition of the floor above Kmart where the cinema is going. We believe they are hoping to begin construction in the new year with the aim of opening in early 2021 if all goes to plan.”

A few years ago, Council went a fair way down the path of looking into potentially developing a cinema itself, or in partnership with a cinema operator.

Mayor Overall said it was very pleasing to see that a private developer had seen the enormous potential this much-needed facility offers, and he looks forward to seeing it up and running.

“The cinema will bring visitors to Queanbeyan, create employment opportunities, benefit surrounding businesses and get people into the CBD,” he said.

“It will complement the work Council will be doing over the next 10 years to transform the CBD into a more vibrant, active and thriving city centre.”

According to the National Film and Sound Archive, the earliest dedicated cinema in the Canberra region was the Triumph Hall in Queanbeyan in 1913, followed by Star Pictures in 1925.

Early residents of Canberra made the trek by horse, bus or on foot to Queanbeyan to see the latest films from America and Great Britain, and possibly locally made films.

A United Cinemas spokesperson said they want people to have the very best cinema experience.

United Cinemas were the first in Australia to use the state-of-the-art, three-dimensional Dolby ATMOS sound system.

Norm Scully please read so I don’t have to 😝

Wow, finally (I hope) … I look forward to being able to walk down to the cinema and watch a movie.

Emily Rozyn the place to be

Hardik Uthira if you guys choose to stay in Queanbeyan

It takes 2 years to build a cinema for Queanbeyan? Probably isn’t going to happen!!

Now let’s see how long it takes United to lodge their DA for their Gungahlin complex and work to kick off.

INCREDIBLY excited that it’s United Cinemas that got the location – Queanbeyan could use a little Roy Mustaca flair!

Lala I hope he sings some of his opera at the opening!

That would be such a treat for the locals.

Something has been missing from my life for the last 2 years, and thats my boy roy

All those years we waited… Vicky Mandy Leann Kiralie

Kerry Weiss …we’ll have to take our kids!!!

Kerry Weiss worth waiting a while longer for the choice of 9 screens!

Kerry Weiss wow! In my lifetime! 😂