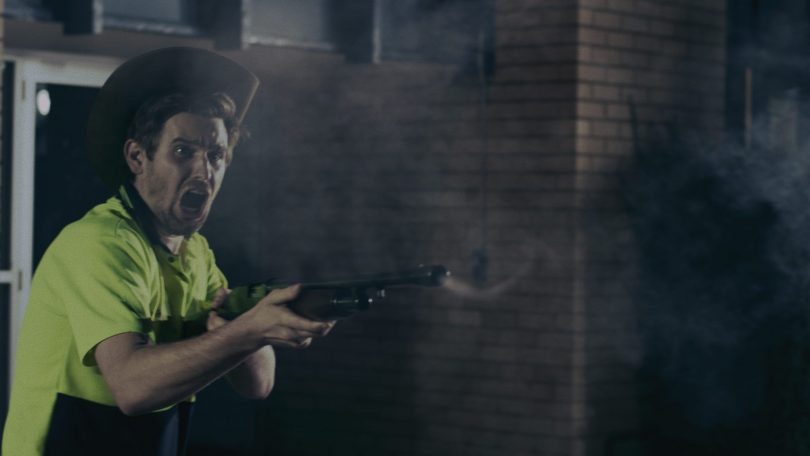 Canberra is the birthplace of silver-screen talents Mia Wasikowska and Liv Hewson, among many others, and it has an impeccable track record for producing future Hollywood stars.

Throw in its mountainous surrounds, government headquarters and sprawling suburbia, and it’s unsurprising the bush capital has caught the eye of many a filmmaker during the years.

In no particular order, here are five films set in the ACT region you should check out.

With the Australian Alps in the background, Somersault is a tale of wintry woes. Photo: Pxfuel.

“Where are you from?”

Before she was feeding lines to Scarlet Johansson on the set of Black Widow, Kate Shortland was shooting Abbie Cornish and Sam Worthington in the freezing streets of Jindabyne.

Following the story of Heidi, who flees the Canberra suburbs for a new life in the Australian Alps, Somersault is an entrancing romantic drama that will leave you stunned.

You can stream Somersault on Foxtel Now, or buy or rent it on Google Play, Microsoft, YouTube and Apple TV. 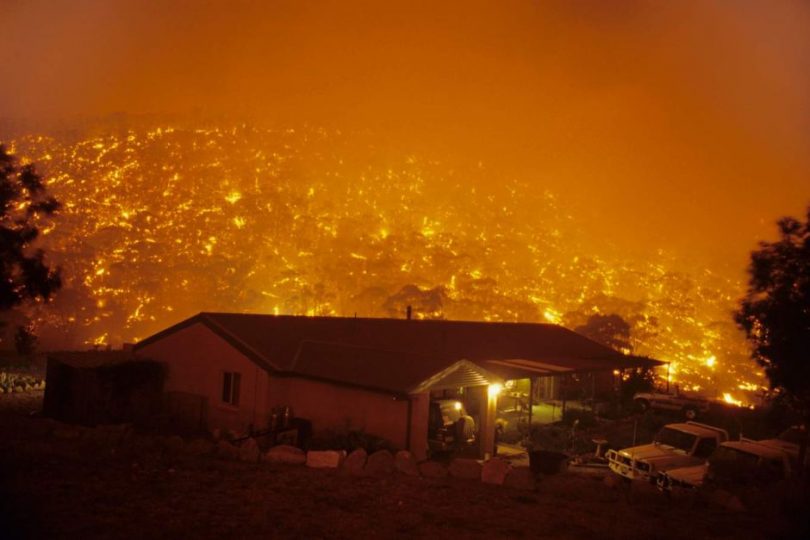 Galore uses the 2003 ACT bushfires as a symbolic backdrop for the fate of its characters. Photo: ABC.

“The ash fell and the firefront tore through.”

One for teens, Galore is Canberra’s answer to the wave of angsty high-school dramas that flooded cinemas in the early 2010s.

With the infamous 2003 ACT bushfires looming in the background, the character of Billie is forced to confront her deepest, most shameful secret: she’s in love with her best friend’s boyfriend.

Think The Perks of Being a Wallflower meets the Westfield Woden food court on a Friday night. Starring Ashleigh Cummings of Puberty Blues fame, and Toby Wallace, who stole the show in the critically acclaimed 2019 film, Babyteeth, Galore is a must-watch for any Canberran who longed to see their high-school years up on the big screen.

You can stream Galore on SBS On Demand, or rent or buy it on Google Play, Microsoft, YouTube and Apple TV. 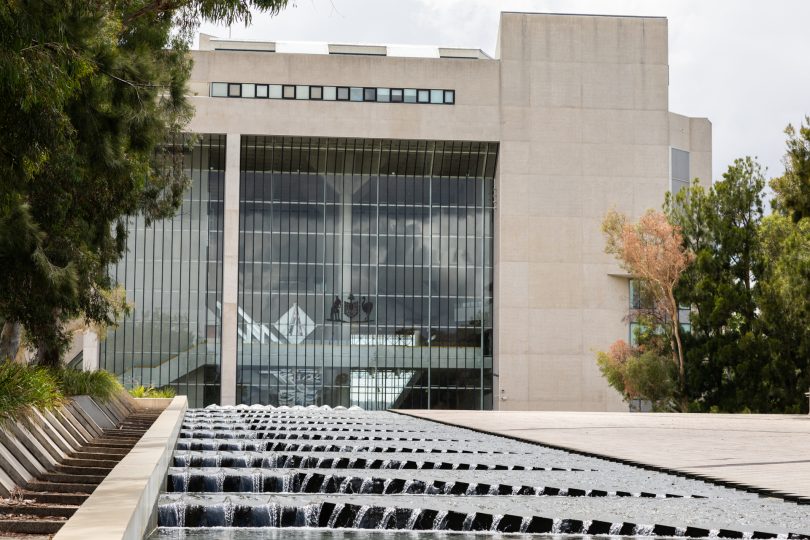 The High Court of Australia, where Mabo reaches its climax. Photo: Michelle Kroll.

Originally released as a TV movie, Mabo depicts the events that led to one of Australia’s most significant High Court cases. Directed by Rachel Perkins, known for her work on Redfern Now, Mystery Road and Total Control, Mabo is more than just a retelling of history.

Crosscutting between real-life footage and dramatic re-enactments, Perkins takes us on a meditative cinematic journey. If you don’t know his story by now, consider giving this one a watch to familiarise yourself with the national hero that was Eddie Mabo.

You can rent or buy Mabo on Google Play, YouTube and Fetch.

READ ALSO Echoes of Canberra homelessness in ‘A Reckoning in Boston’

“What’s it doing in the middle of a sheep paddock?”

OK, so this one is technically more of a Parkes movie than a Canberra movie, but there’s no way the supporting role of the NASA Honeysuckle Creek Tracking Station in The Dish will go unmentioned on this list!

Based on true events, this dramedy starring Sam Neill retells the story of the team of technicians who made the televising of the 1969 moon landing possible for the whole world to see. Shot mostly in Forbes, due to its abundance of historic buildings, The Dish is an Aussie classic that is factual family fun.

You can stream The Dish on Netflix and Stan, or rent or buy it on Amazon, Ozflix, Fetch, Google Play and YouTube.

Me and My Mates vs The Zombie Apocalypse (2015)

“Hopefully no-one else has to die, especially not me.”

If historic re-enactments aren’t your thing, maybe a dystopian comedy-horror is more your speed.

Me and My Mates vs The Zombie Apocalypse is an example of what happens when a bunch of young Aussie creatives get together and say, “Stuff it – let’s just make our own movie.”

Made possible through production funding from ScreenACT, this outrageous romp shot entirely in Canberra stars comedy legends Jim Jefferies and Greg Fleet, YouTube sensation Shooter Williamson, and even has a cameo from Eso from hip hop trio Bliss n Eso.

Being a mostly crowdfunded feature, it does have a bit of a homemade feel to it, but if a troupe of tradies battling zombies seems funny to you, you’re in for a treat.

You can rent Me and My Mates vs The Zombie Apocalypse on Ozflix and G Store, or buy it on Apple TV

Are there any we missed that should make the list? Let us know in the comments.

Hmmmm. Congrats to any involved in the listed films. This list contains several films that, rather than being set in Canberra, had only a couple of scenes set here or just a vague connection. Blue World Order could be a tourist guide to iconic settings of Canberra region, from Telstra Tower to Lake George and a dozen other choices, with a genuine commitment to highlighting the region and its talents, and whilst its casting attracted a who’s who of Australian screen legends as well as international blockbuster talent, the production, the team, and bulk of the minor appearances were locally derived. I’m sure there a quite a few readily available films with more Canberra settings featured. My suggestion would be that a quick check-in with local film social media groups would create a more credible to start-list to build from. Best wishes to Lights, Canberra, Action for continuing successful events.

Matthew Popp what would you recommend as a quinessential Canberra based movie?

BrambleForge Kindred, unfortunately you didn’t get a mention

Galore is great, the legendary Kingsley’s Chicken even had a role! Somersault as well, which featured the Kambah Inn as well as the Belco bus interchange masquerading as the Jolimont Centre. Although set in Canberra, was any of Joe Cinque’s Consolation actually filmed in Canberra?

Renea Hazel yes, Dickson Pool change rooms in there and some houses as well

Renea Hazel I have the DVD if U want to borrow

Siobhan Cosgrave Pete pointed out to me the house in Kambah that was used, you can see it from the parkway. And Toni apparently did the make-up.

Theatre of the Dead

These deserve come t above the dish. Even the castle had more Canberra scenes 🤷🏼‍♂️

Seriously guys? ‘The Dish’ and no ‘Blue World Order?’