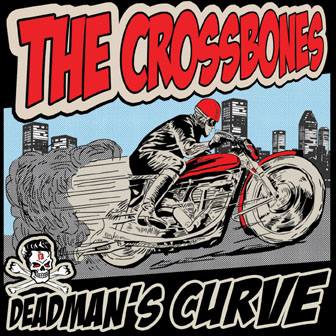 The Crossbones’ power trio (George Jakovceski – Guitars and Vocals, Frank Piccolo – Drums and Backing Vocals, James Newhouse – Upright Bass and Backing Vocals) combines scorching Gretsch Guitars, pounding upright bass and pedal to the metal drums, to unleash their own brand of rockabilly, psychobilly, rock and instrumental music. The music is all high-energy, up-beat, good-time stuff, guaranteed to get you shakin’ it and rockin’ out like you should.

The Crossbones are regular performers on ABC 666 Canberra for the Drive Happy hour and have played venues across Canberra and supported touring interstate acts. Deadman’s Curve has been featured as album of the week on Rock Therapy Radio in Spain and on Rattlin’ Bones and Retro Tones in Australia. It was also included in the top 10 Rockabilly albums for 2014 on Shakin’ Katz radio in Canada.

Michael Drew - 6 minutes ago
This may be problematic from an insurance perspective especially if lifelong head injuries were sustained in an accident with... View
Edna Brooke Jessop - 1 hour ago
Actually Gareth, being pregnant doesn't mean you are above the law, you need a medical certificate to not get fined. View
Morris Reinbear - 1 hour ago
That'd be other Australians except those in Victoria, Western Australia, South Australia snd Queensland. Silly sausage!... View
News 47