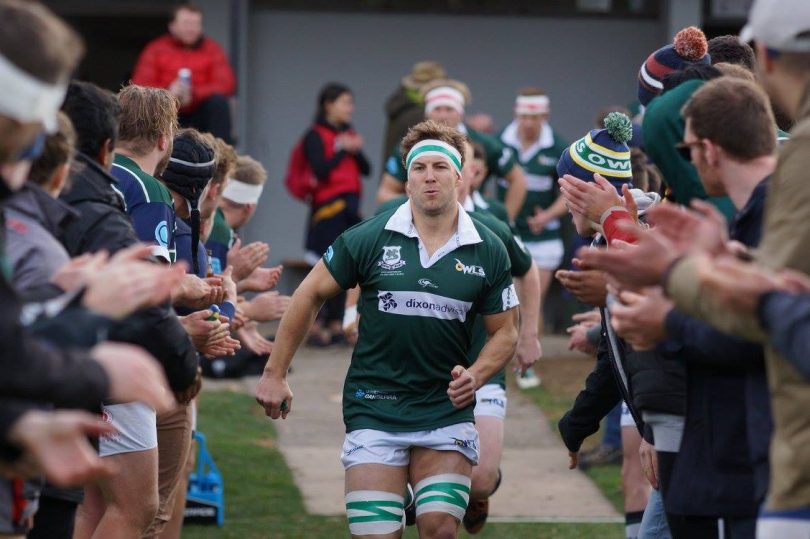 The Owls have charged into the finals for only the second time since University and Norths merged. Photo: Supplied.

The Uni-North Owls have clinched a finals berth for the first time in 17 long years but celebrations have been put on hold as the side looks to continue its momentum heading into finals.

The Owls claimed their long-awaited playoff spot after soundly beating Wests 40-12 at Jamison Oval last weekend, bringing finals rugby to the Owl’s first-grade side for only the second time since University and Norths merged into one club nearly 20 years ago.

Owls winger Sam Irwin said the win over Wests brought a sense of relief to the club, that had been battling to play finals rugby since their last appearance in 2001.

“For some players new to the club it is great for them to experience a winning start to their career,” Irwin said. “It is also a great reward for those guys who have been slugging it out for the past couple of years when we have been doing it tough or when we have been there or thereabouts but just missed out.

“Making finals means quite a lot, not only for the group but also for the club in general.”

2018 has been a stellar year for the club, with first-grade, second-grade, Colts and women’s sides all making finals, showing the strong future of the club. But rather than getting carried away in celebrations, Irwin said the club is still focussed on the job still needing to be done.

“We are just focusing on taking on Gungahlin this weekend and making sure we are in the right mind frame moving forward,” he said. “Momentum is a really big factor coming into finals [and] to be able to put in a performance like that against Wests is pleasing.”

The veteran has been asked around the club during the week, “What’s different this year compared to other years?”, and his answer has been one word: mateship.

“This side has just gelled as a group on and off the field. We aren’t just a bunch of 15 players that rock up and play footy but we are a bunch of mates that are playing footy together,” Irwin said.

“This year, as a collective, we all want to be around each other and we developed a pretty good mateship that’s resulted in good footy.”

The race for the remaining final spot has come down to the last round of the regular season, with the Queanbeyan Whites and the Gungahlin Eagles fighting for the coveted fourth position.

The Queanbeyan Whites have the bye this week, moving them to 48 points but will be helpless on the sideline, with Gungahlin needing a bonus-point win and a strong for-and-against win over the finals-bound Owls to snatch the final spot.

Saturday, 28 July at 3:05 pm: Easts vs Tuggeranong at Griffith Oval, Gungahlin vs Uni-Norths at Nicholls Enclosed and Wests vs Royals Jamison at Enclosed Oval