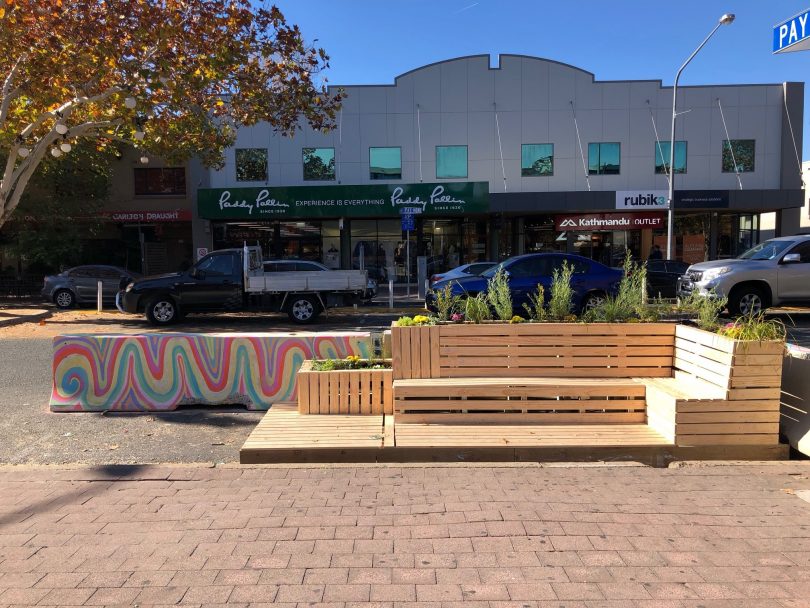 A small, temporary park in Lonsdale Street has been opened. Photos and Video: Supplied.

In an exciting new urban planning initiative, ACT Young Planners have created a small, temporary park in one of Canberra’s most popular hubs: Lonsdale Street.

Using a parking spot outside Hopscotch bar, the Pocket Park includes seating and plants to provide a place for passers-by to stop, enjoy themselves and connect with their community.

Funded by a City Grant from the City Renewal Authority, Convenor of the ACT Young Planners Natalia Weglarz says the project demonstrates how the ACT’s streetscape can be diversified with new spaces designed for people.

Ms Weglarz says the idea of a Pocket Park isn’t new but it is the first one in the ACT and she hopes it won’t be the last.

“The idea of a Pocket Park, or a Parklet, has been around informally since 2005 when it started in San Francisco. There are also a few parklets in Melbourne, Sydney and a few other cities around Australia,” Ms Weglarz said. 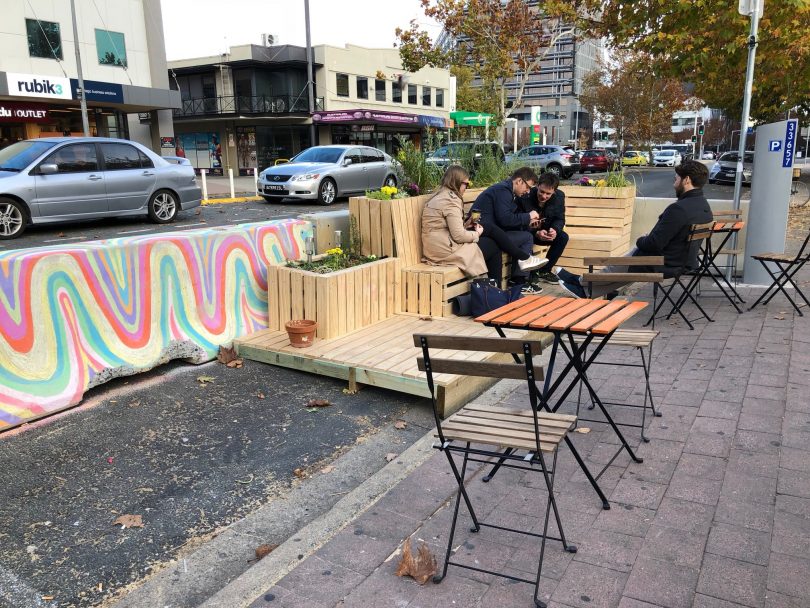 “It has taken 18 months for our plan to come to fruition, mainly because the ACT Government didn’t really know what this was. It didn’t fit the model, it is not a simple idea. It is not on the pavement or in the park but in a car park space so there were a few things they were not used to, so it took a very long time to get them on board.

“The Pocket Park idea is to take back some space and it’s a tactical urbanism idea. Rather than the Government coming in with an intervention saying it is now a policy wide thing we want to do, it is about getting people to remember the space is for them.

“If you walk down Lonsdale Street, there is nowhere to sit down unless you buy something from a business. Lonsdale Street is a hipster hub of Canberra but why can’t we get people to actually use it as a public space?”

One sunrise, one sunset, thirteen hours of labour and dozens of volunteers later, #PocketPark presents Canberra’s very first parklet! What else could you do with a car parking space? Where would you like to see a future Pocket Park?

“It’s been exciting to work with the Pocket Park team and the ACT Government to enhance and expand public space in our city,” Mr White said.

“Braddon is changing, and it’s important we bring people along with that change. I’m looking forward to enjoying the new space and connecting with the local community over the coming weeks.”

The Braddon parklet will remain in Lonsdale Street until late June, during which time ACT Young Planners will stage a number of related events.

ACT Young Planners will provide regular social media updates on the progress of the Pocket Park using the hashtags #PocketPark and #CityRenewalCBR. 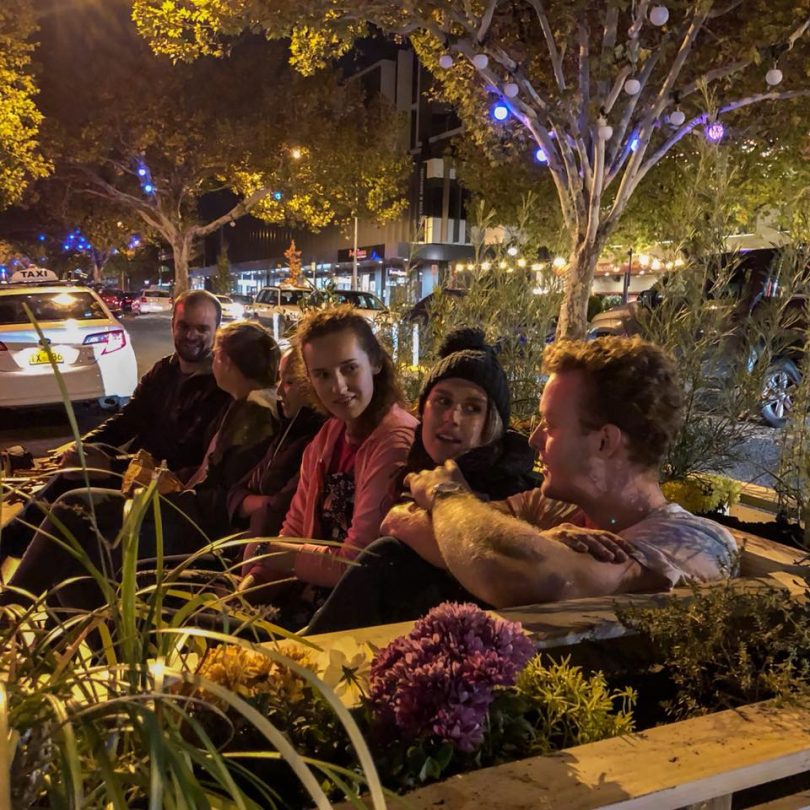 Where would you like to see a future Pocket Park?