A man has been charged with numerous offences after he allegedly rammed a police vehicle with a stolen car in North Lyneham yesterday afternoon.

At around 4:30 pm, police observed a Volkswagen sedan, believed to be stolen, parked at the North Lyneham shops. Police attempted to speak to the driver when he allegedly rammed the police vehicle a number of times before fleeing the scene.

Police deployed significant resources in the area in an attempt to locate the man. He was subsequently found hiding in the rear yard of a residence in The Sanctuary housing complex.

Police arrested the man and also located a modified firearm in the vehicle. 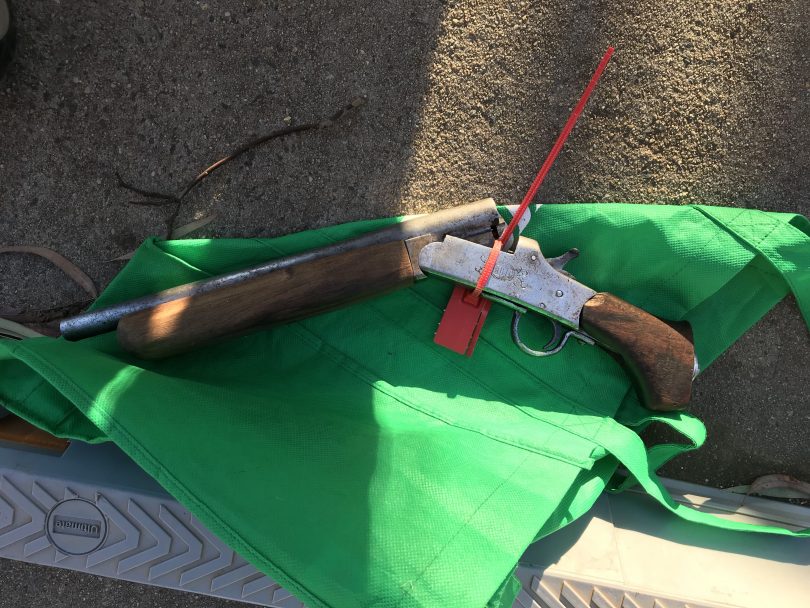 Police found a modified firearm when they searched the vehicle. Photo: ACT Policing.

The 41-year-old man was charged with numerous offences including driving a vehicle without consent, driving while disqualified, failing to stop, dangerous driving and failing to appear in court.

He is scheduled to appear in the ACT Magistrates Court today. Investigations into the man’s actions are continuing and further charges are expected to be laid.

Police have thanked North Lyneham residents who provided information and assistance which led to the arrest of the man.

Anyone who witnessed the incidents in North Lyneham who has not already spoken to police is asked to contact Crime Stoppers on 1800 333 000, or via the Crime Stoppers ACT website. Please quote reference 6453286.