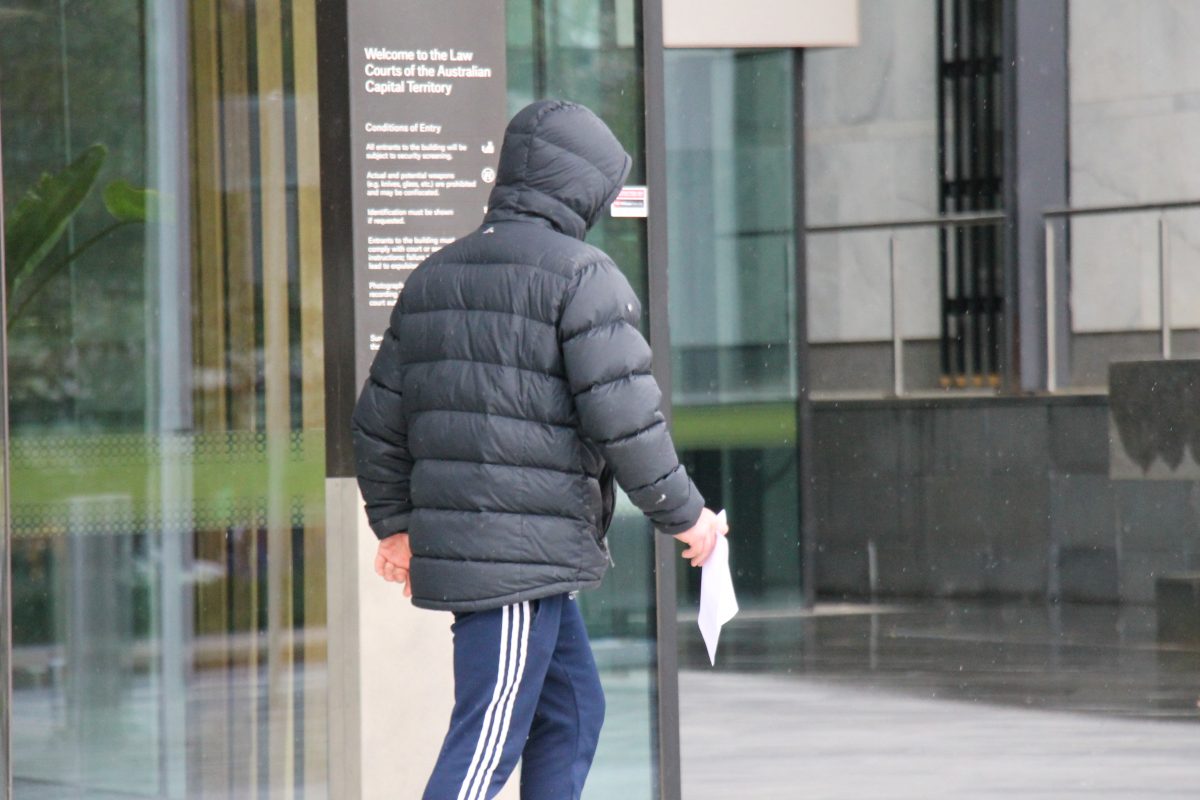 A man only released from Canberra’s jail a few months ago is back in court accused of ramming a stolen car into a police vehicle.

“F-k off, do you want to get f-ing punched? Get f-d, d-head,” Aubrey James Agostino told media as he left the courthouse on Thursday (11 August) before lunging at a journalist.

Court documents say a Volkswagen Golf GTI was stolen from outside a gym in Fyshwick on 30 July 2022.

Police were on patrol the next night, looking for stolen vehicles, when they saw a car that matched the description of the stolen Golf parked in a driveway on Kelleway Avenue, Nicholls.

The officers drove their unmarked Subaru Outback into the driveway as well, but the driver of the Golf allegedly quickly reversed into the front of police car, which was behind it.

Fearing the Golf would allegedly crash into their car a second time, the officers rolled the Outback forwards to close the gap between them and prevent any potential injuries, but the vehicles crashed together again.

A woman who was in the passenger seat of the Golf ran towards a nearby residence while the male driver got out and allegedly ran towards a fence.

“Police drew their conducted electrical weapon (CEW) and directed the male repeatedly to get on the ground,” police said.

“The male raised his hands, indicating to police he would submit; however, the male ducked behind the Golf.

“Police discharged their CEW; however, it was ineffective.”

The man allegedly fled the scene.

Police believe the man to be Agostino and he was arrested on Wednesday (10 August). Checks found the 32-year-old has never held a driver’s licence.

Agostino appeared in the ACT Magistrates Court on Thursday (12 August) where duty lawyer Jeremy Banwell applied for him to be granted bail, which was opposed by the prosecution on the likelihood of him reoffending or endangering another person’s safety.

Mr Banwell argued police didn’t seem to identify the driver of the Golf as being Agostino at the time of the crash and had used closed-circuit television footage taken one hour before the incident to make that alleged identification.

However, he said the court did not have that footage so did not know its quality.

The prosecutor argued Agostino allegedly put the officers and himself at risk of harm by crashing into the police car.

She also spoke about his criminal history, which included being released from the Alexander Maconochie Centre in March 2022 after being handed a prison sentence last year.

He imposed “very restrictive” conditions, including daily reporting to police and a curfew.

Agostino did not enter pleas to charges of riding in a vehicle without consent, damaging a police vehicle, not giving his particulars after a crash and two counts of unlicenced driving as a repeat offender.