Marking Time with Art: 50th Anniversary of the 1967 Referendum 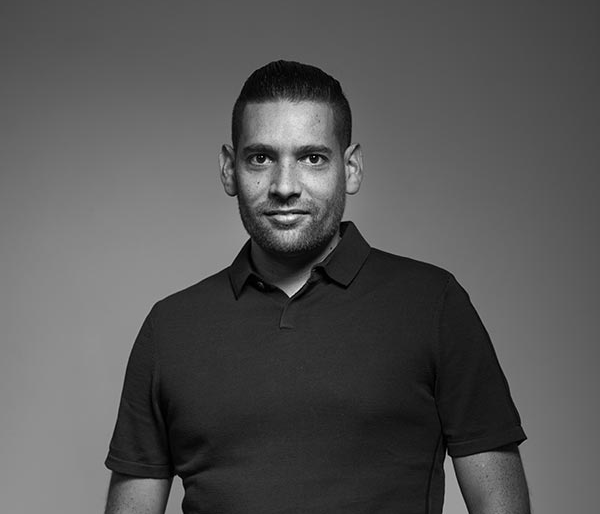 Today marks a watershed in Australian history: it is the 50th anniversary of the 1967 Referendum. This momentous event resulted in Aboriginal and Torres Strait Islander people being granted the right to be counted as Australian for the first time. To mark the anniversary, Defying Empire, the 3rd National Indigenous Triennial brings together 30 contemporary Aboriginal and Torres Strait artists whose art examines a series of issues, including identity, racism, displacement, country, nuclear testing, sovereignty, and the stolen generations. These themes are explored through a wide range of media: painting on canvas and bark; weaving and sculpture; video; prints photography; metal; and glasswork. This is the best of Aboriginal and Torres Strait Islander contemporary art. Art that should speak to all of us.

Visitors to the National Gallery of Australia during the past week have been delighted by the early arrival of some of the works for the Triennial. There have been gasps of wonder at Reko Rennie’s very large gold, pink and black camouflaged Rolls Royce defiantly parked in the entrance to the Gallery. Upstairs, prominently placed at the entrance to the Australian Galleries is the glittering and complex glass installation of Yhonnie Scarce’s Thunder Turning Poison. 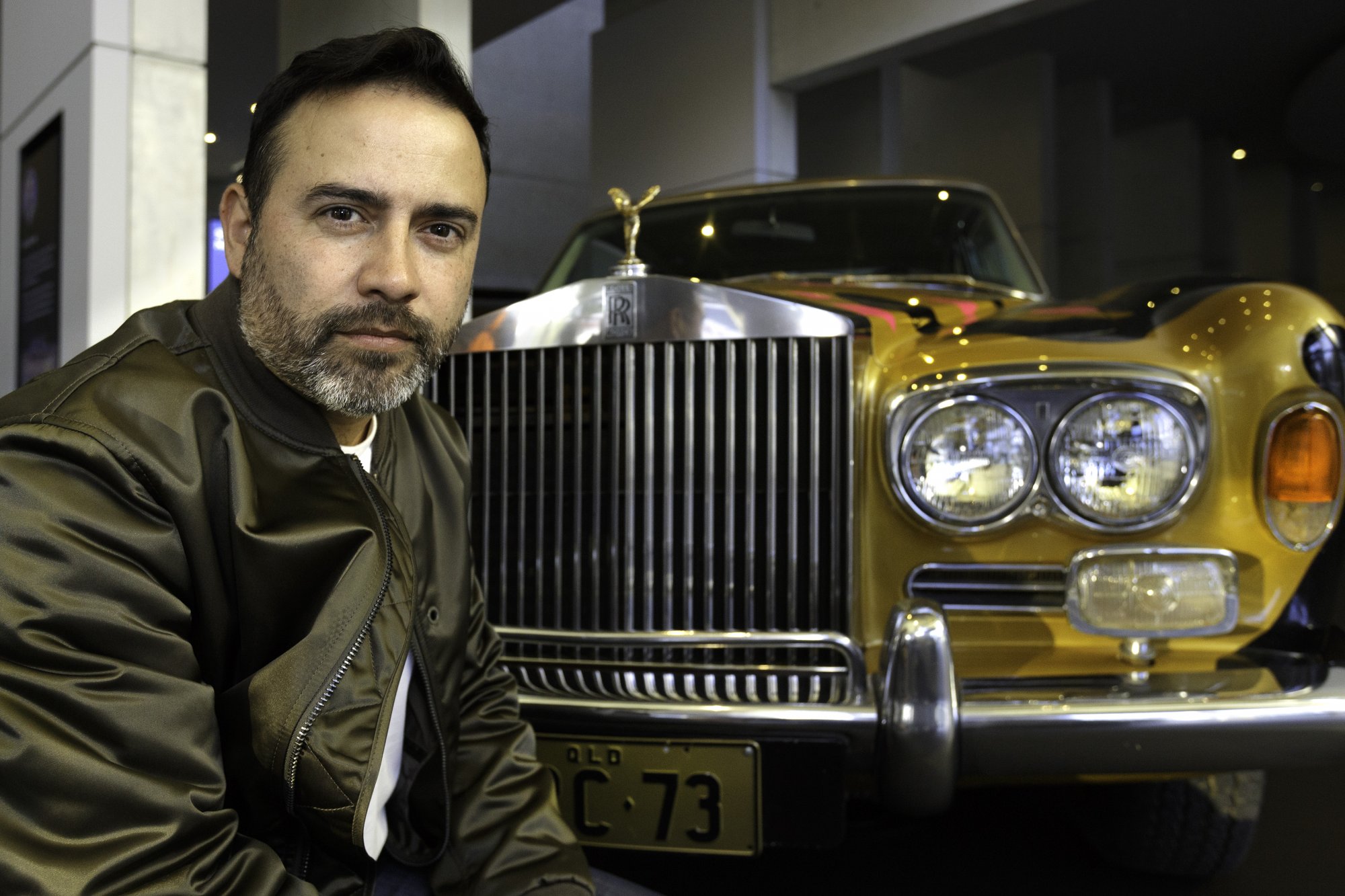 The Triennial is now open and already drawing an enthusiastic audience. If you are quick, there is a program of events offered over this weekend, including artist talks today and weaving workshops today and tomorrow with the Yunggaire weavers from Quandamooka on Stradbroke Island.

One of the many highlights of the Triennial is the work of artist Tony Albert (Girramay/Yidinji/Kuku-Yalanji peoples). His practice is defined by his use of found objects which he repurposes to create intellectually challenging works. Tony was born in 1981 in Townsville and is a graduate of the Queensland College of Art. He works in a variety of art forms, has exhibited widely and been the recipient of many awards.

Pursuing exploration of political, historical, and cultural issues relevant to Aboriginal and Torres Strait Islander people in Australia today, he presents two wall-mounted works incorporating objects from his personal and extensive collection of Aboriginalia. This amazing collection includes a vast number of homewares and souvenirs created during the 1940s and 1950s, intended for a fast expanding tourism market. The use of these once innocuous objects, now seen as kitsch if not overtly racist, cleverly and humorously deliver a message about the power and relevance of Indigenous visual culture. Tony remembers the first small souvenir plate he found and how he went on to amass his collection. He says: ‘As a child, I wasn’t interested in playing with toys, but rather with arranging things – anything.’ Now he has a series of storage sheds containing his large collection and enjoys seeing what he can find in his sheds and then what he can do with the objects he rediscovers.

The Hand You’re Dealt 2016 was created during a residency in New York in 2015. Tony took off for six months with his vintage cards, drink coasters, and sharp scalpels. The six months gave him time and space to create this complex work. Using collage, cutting, folding and intricate construction techniques, he created over 300 individual sculptures; it was a complete re-purposing of his kitschy Aboriginalia.

It is a bold installation of text, shapes and pattern, and a clever interplay of ideas, mixing Western popular culture and Australian Aboriginal culture. He has created an imaginary landscape incorporating rabbits, flags, skulls, hand grenades, baskets, dollar signs, and space invaders. It is playful, will make you stop to examine it more closely, and challenges perceptions of traditional landscape. This is an invitation to have a conversation about what really is the Australian landscape. 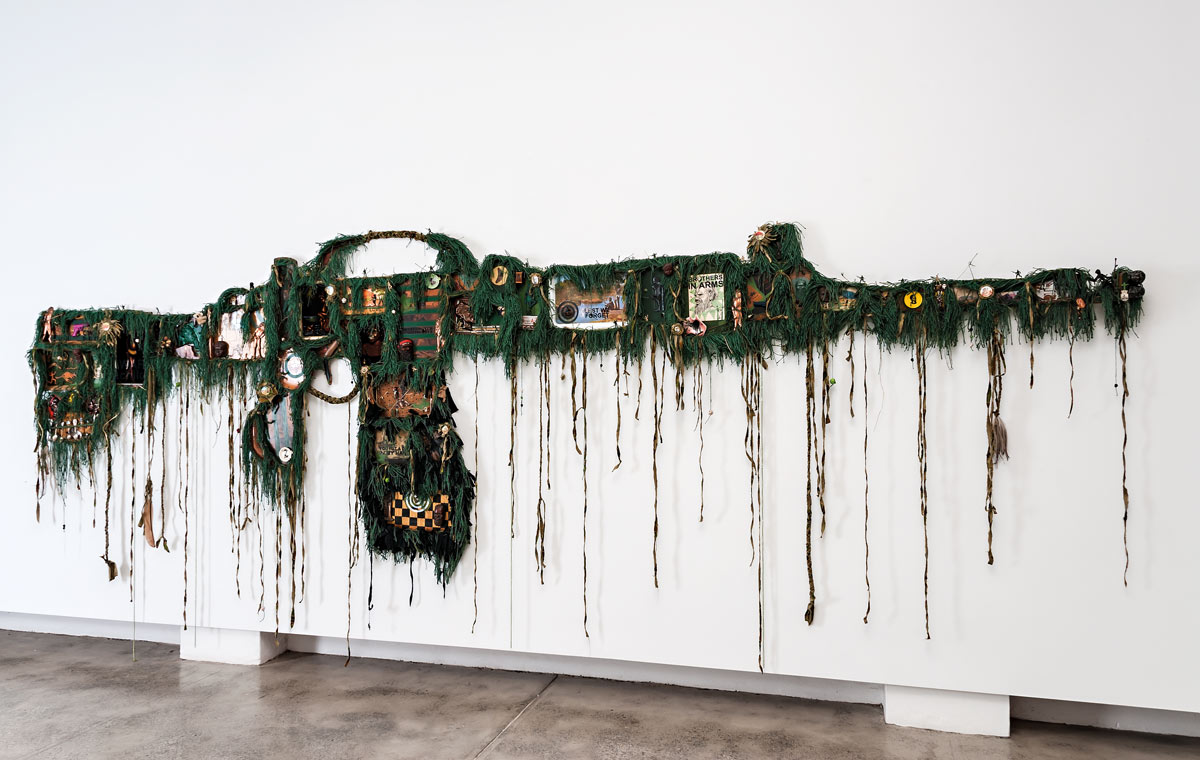 Thou didst let fall 2015 honours the military service of Aboriginal and Torres Strait Islander service men and women. Tony’s grandfather served in World War II and spent time as a prisoner of war in Germany and Italy. It is his service and post-war experience as an Aboriginal returned serviceman that has been an ongoing source of ideas and inspiration. As many of us have come to realize, returned servicemen were often reluctant to talk about their experiences and it was only through research that Tony was able to piece together his grandfather’s war service. Disturbingly his grandfather received little recognition despite his bravery and contribution and returned to the same racist society that had existed pre-war. He was excluded from joining the RSL, war veterans’ land grants, and the War Service Home Loan program. Tony’s complex and multi-layered work presents in the shape of a weapon or even a misshapen military insignia, incorporating a myriad of found objects that can almost immediately identify the artist. Small spaces within the work create a series of vignettes: souvenir spoons with flora and fauna mixed with skulls; Aboriginal figures standing guard with a spear; mass produced koalas and bark paintings. He also includes the sort of small plastic soldiers that used to be found in breakfast cereal, all framed with frayed jungle green twine and torn and plaited camouflage fabric. The overall impression is of a military battlefield and conflict. Tony says of his work: “This is not a work that glorifies war. It is to honour our service men and women, who for so long were subjected to profound racial discrimination despite their bravery. Today, I stand here honoured to play a role in overturning this history of misrecognition.” This artwork has a lot to say and demands time to be viewed, contemplated on and interpreted.

Just as one of the overall objectives of the Triennial is to fuel discussions on important Aboriginal and Torres Strait Islander issues, Tony’s work poses questions about our attitudes in the past and how we can fulfill the promise of reconciliation in the future.

Defying Empire is an important part of a conversation we need to have about hope, a vision for the future and the importance of sharing culture and history. Essentially, art helps us to understand different and complex stories and gives voice to people who may only have formerly had a whisper. The 1967 Referendum was the start of the conversation, and the Triennial is an opportunity for us all to ensure the conversation about Reconciliation continues. Don’t miss this incredible event!

Defying Empire, the 3rd National Indigenous Art Triennial is at the National Gallery of Australia until September 10. This is a FREE event and is definitely family friendly with NGA Play located on the ground floor, adjacent to the front entrance. 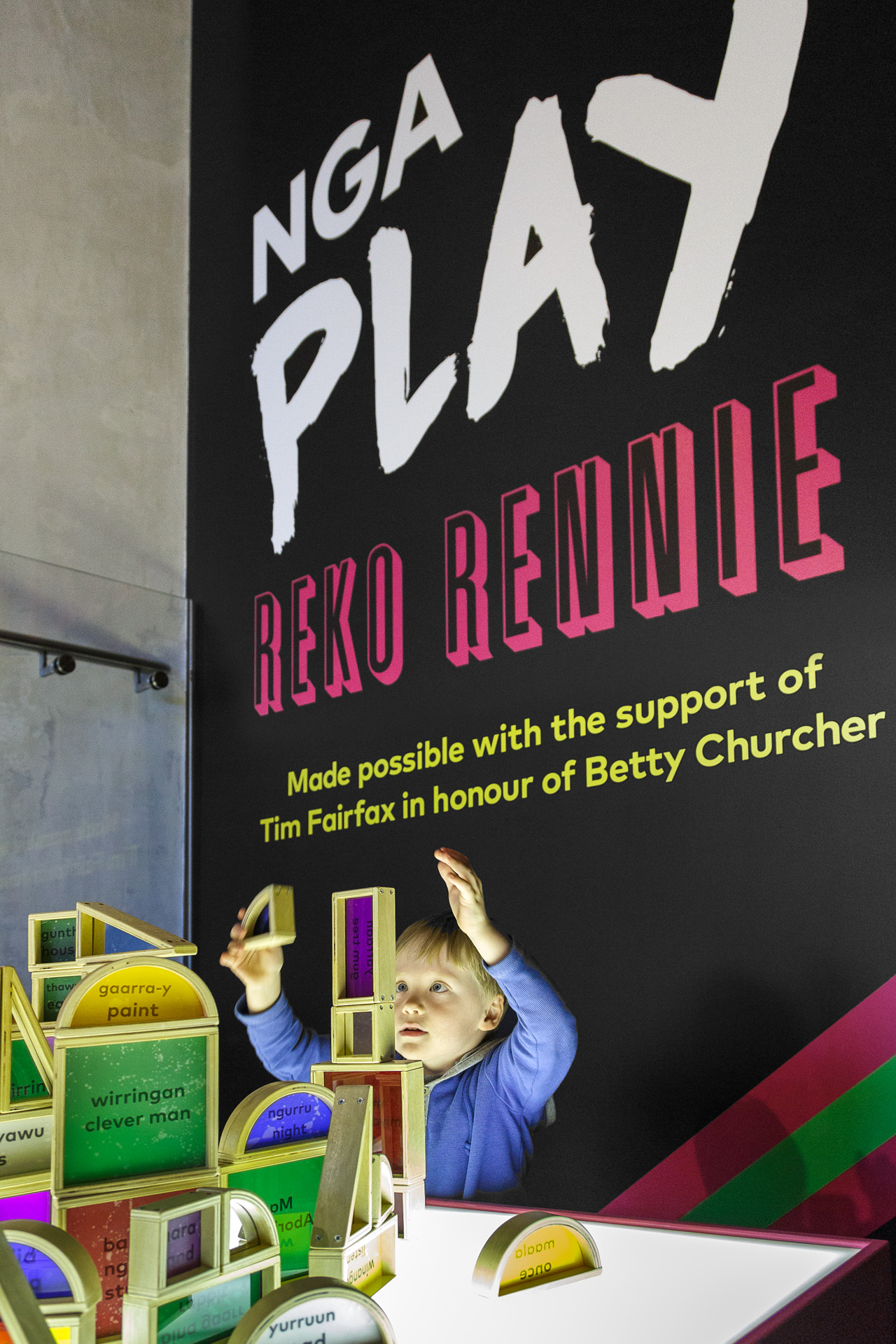 All photos were kindly provided by the National Gallery of Australia.

@The_RiotACT @The_RiotACT
If the ACT had a cycling master plan, Tim Gavel says many complaints about cyclists would be resolved (and everyone would be safer) https://t.co/baLogC2TNY (26 minutes ago)