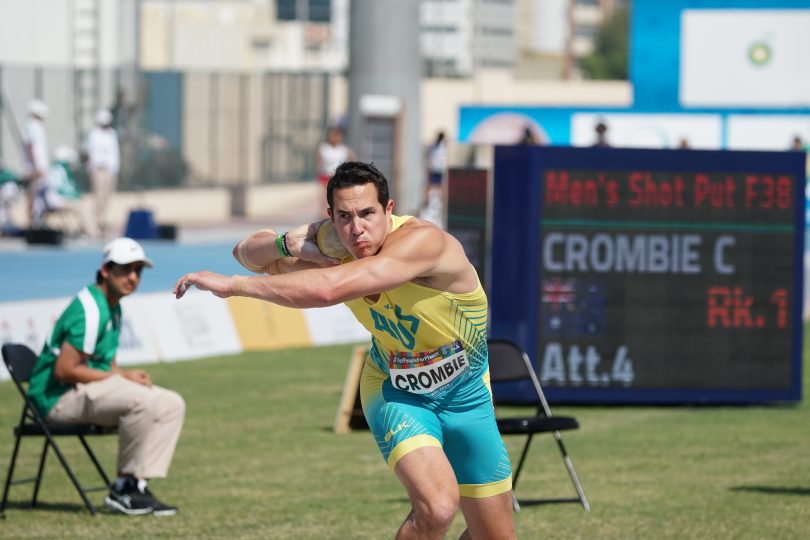 Cameron has plenty of experience in balancing his busy life with the demands of elite sport. Photos: Supplied.

Cam Crombie struggled late last year as he recovered from elbow surgery. He desperately wanted to be on the front line helping his mates battle the bushfires that raged through southern NSW.

It wasn’t as if he didn’t have enough to focus on. Partner Carly gave birth to daughter Lola in December; he had just returned from Doha after winning gold in the F38 Class Shot Put at the World Para Athletics Championships; and his burgeoning career as a real estate agent required time and effort. 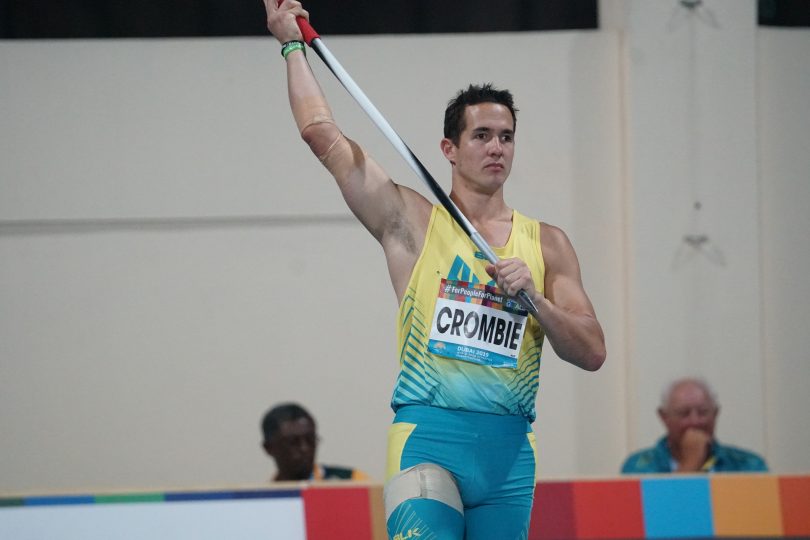 Shot put is not part of the Paralympics for Cam’s classification so he needs to qualify in javelin for Tokyo.

Added to this, shot put is not part of the Paralympics for his classification, so Cam will need to qualify in javelin to compete in Tokyo.

But as the fires created devastation he wanted to help his mates. After almost seven years as a volunteer in the RFS, the bond had become tight.

“I was battling to work out how I could be useful,” Cam says. “I felt helpless for two months from an RFS perspective because of the World Championships and then the elbow surgery two days later. It created a battle within myself.” 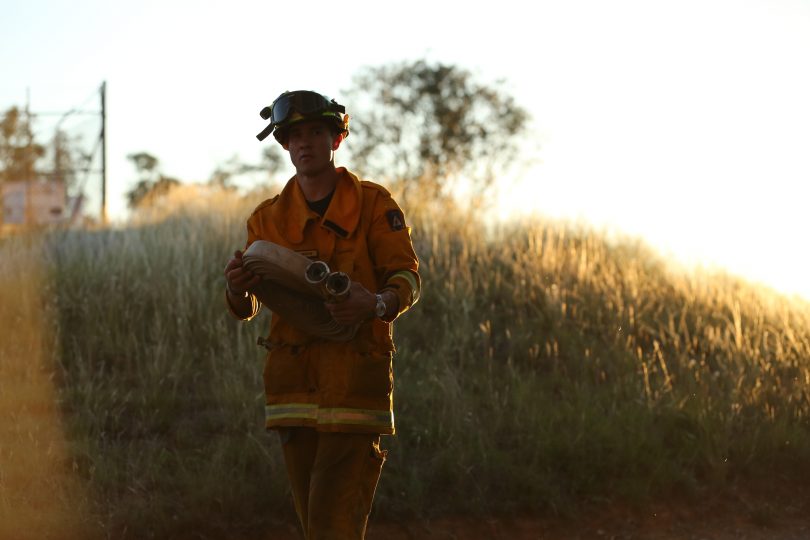 Cameron has many years of experience as an RFS volunteer.

There was also the need to ensure his injury had healed with qualification for the Tokyo Paralympics in mind. At the same time, Cam was cognisant of the part the RFS played in his life.

“The RFS is a very good release for me. I need volunteering as a life balance, but I couldn’t rush back. I didn’t want to jeopardise my recovery and preparation for Tokyo.”

So while recovering from surgery, he worked in a peer support role with the RFS. The role he took on is an Emergency Service Agency initiative to provide mental first aid and first-response counselling to those RFS members fighting bushfires.

Then after testing his elbow over two weeks in the gym, Cam was ready to jump back into his volunteer role.

“I’ve been on a couple of deployments over the last couple of weeks and I’m feeling more myself again.”

He realised that with so much going on in his life, especially with the birth of his daughter, he needed to prioritise. This was not an easy thing to do due to the sheer volume of his commitments.

Cam says there is little time for anything else in his life but what makes it easier is that all those people who interact with Cam’s various roles are aware of the multiple demands on his time.

But it can quickly become complicated if not well managed.

His motivation is high to qualify for the Paralympics, but it won’t be easy. Despite being ranked seventh in the world, he is currently ranked third in Australia with only the top two likely to be selected. He has until June to qualify and guarantee a place in the team.

Cam’s ‘day job’ is as a Licensed Agent with Ray White Canberra. Here he gets to focus on customer care. This focus offers value to his life as well as to those he is serving. It provides a perfect opportunity for someone so driven to do his very best.

Elite athletes are by their very nature driven to succeed, performing multiple tasks, and balancing life’s challenges. Cam takes this to another level with a desire to do everything to the maximum and succeed for himself as well as others.