Experts in buying, selling & renting
Your property, your future
11 May 2021 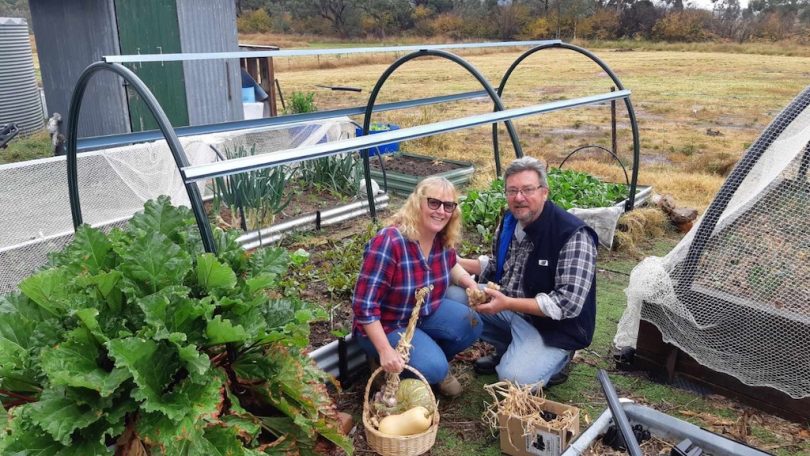 Sharon Law and Mike Stone with some of their garden veggies. Photo: Mark Carmody.

Whether it’s hosting a darts competition or leading tai chi classes or delivering mail there are many couples who have become the stitches of Dalton’s close-knit community.

Those stitches are stretching as the NSW town of Dalton becomes captured in Canberra’s relentless spread, and the opportunity of affordable land is matched with a ready-made rural community.

That co-operative spirit took root when Jacob Stone arrived in the late-1800s from Urchfont, a village in Wiltshire, England, to run the local flour mill. On the Oolong Creek, the mill was at the centre of a bustling Dalton that promised to become the district’s go-ahead location. Then the railway arrived at nearby Gunning, in 1875, which halted Dalton’s progress.

Nine years ago, Jacob’s great-grandson, Mike Stone, left his public service job in Canberra and returned to Dalton, 75km north of the national capital. He bought a two-acre block and began restoring the 1878 wool co-op building.

Undaunted by white ants in the wool store’s yellow-box piers, or when a neighbour’s cow ate everything in his first veggie garden, Mike pursued his dream of self-sustainable living off-grid.

As well as the wool store project, he built a cottage and then added a second cottage, extending it off the first one. Solar power plants have worked efficiently, independent of the main grid ever since.

Mike and his partner, Sharon, who was so taken with Dalton’s tranquility she swapped her hectic accountancy job in Sydney for it, have harvested, bottled, dried, pickled or frozen lots of produce. About three dozen pumpkins stay cool in the rafters, while many more veggies await picking.

Fortified with steel foundations, the old wool store is now Sharon’s office for her tax accounting and bookkeeping business, and the main room hosts darts teams from Dalton, Binalong and Yass.

“The darts room has blackboards up on the walls and is getting rave reviews from teams around the district,” says Mike.

“We have Airbnb guests come to experience living off-grid, wander the grounds and ask about self-sustainability. It’s not just about power supply, it’s about growing and preserving your food.” 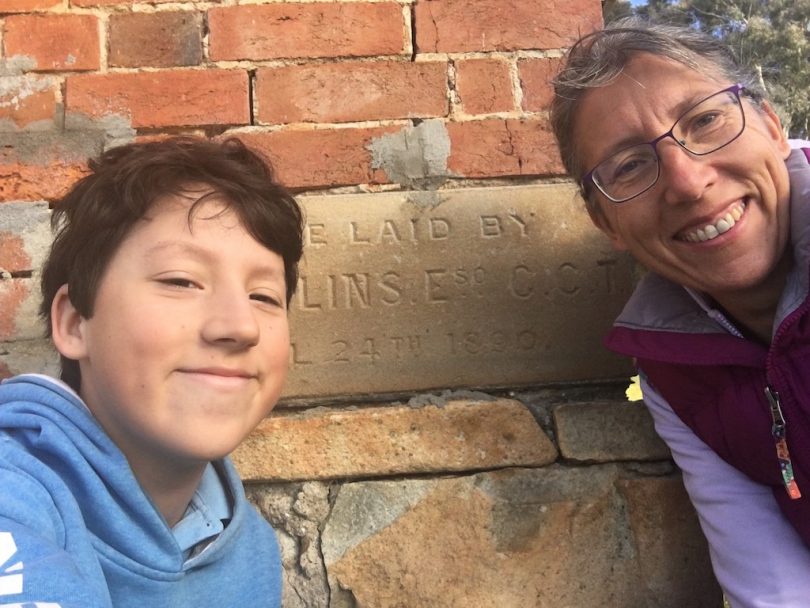 The 1923 Dalton village hall has reopened. Fundraising is underway for a children’s skatepark, while tai chi, craft groups and citizen science projects to help protect the endangered southern pygmy perch all help to bring people together.

Kath Vivas’s family restored Dalton’s 1890 Good Templar’s Hall – aka Oddfellows Hall – where she works from home editing science publications. The former CSIRO editor is leading a campaign to raise $55,000 for the skatepark.

“The village’s primary school and high school children go to five different schools at Dalton, Gunning, Yass or Goulburn, or boarding schools for high school,” says Kath. “[Consequently] not all the kids know one another so a skatepark would be great for social interaction – something to do and for grandparents who are looking after grandchildren on school holidays and weekends.

“This is my 20th year here. We moved from Canberra because it was the only place we could afford to buy a house that was within cooee of Canberra for work. And half the population of Dalton still go into work in Canberra every day.” 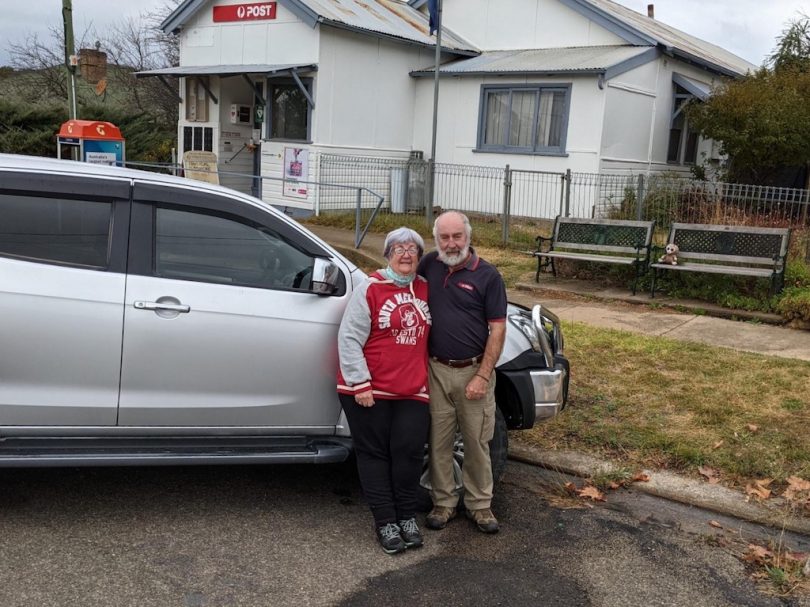 Julie Perryman is secretary of the community association, and says they’re looking for more members since the Dalton village hall reopened.

“People are going in all directions with lots of interests, but the sense of community is returning because the hall used to be the central meeting place for people,” she says. “Going back a long time, people would come in and be able to do their banking there. They would have dances there.”

After living in Canberra for 30 years, Julie was struck by how easy it was to become a part of Dalton’s community.

Rob Lee Tet moved to Dalton about 26 years ago and commuted to Canberra until 2007. Then he took over the Dalton Post Office and mail contract. He fully appreciates the strong sense of community in Dalton.

Julie was commuting with Rob before moving in with him, and she agrees with his sentiments. There are no homes for sale, and when any come on the market, they are snapped up quickly as more people embrace a peaceful, rustic part of the Canberra region.

Just look at the size of that Rhubarb…wow