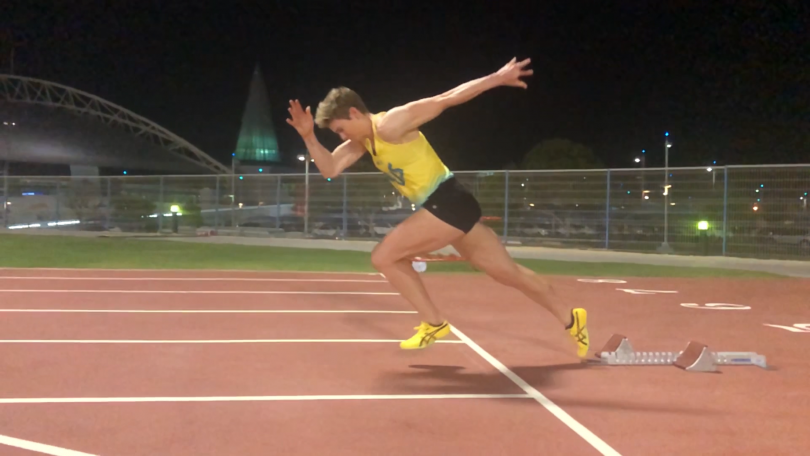 Mel Breen is injury-free and prepared mentally and physically for the challenges ahead. Photo: Supplied.

Mel Breen says she’s feeling comfortable within herself as she prepares to lift her campaign to qualify for next year’s Tokyo Olympics to another level. That feeling’s been a long time coming.

This mindset is, in part, a reflection of her injury-free status after a horror year in 2019 in which she was hampered by foot, nerve and hamstring injuries. It is also an acknowledgment of her change in life away from the track.

Mel joined Lifeline Canberra as the Communications Co-ordinator last year. It is a role that has given her perspective, a realisation at 29 years of age that a one-dimensional focus based on performances on the track isn’t necessarily healthy.

“It’s taken away the pressure of constantly having to perform in track and field and coping with injuries,” Mel says.

Despite this change, Mel still possesses the determined approach to return to the time she set in 2014 when she bettered Melinda Gainsford’s long-standing national record. As Mel confirms, “I still believe I can run fast.”

Working on mentality as a sprinter is as important as the physical. To that end, Mel has cut back her track sessions. This has resulted in her injury-free status, which no doubt contributes to a positive mindset.

“Working at Lifeline Canberra is such a blessing. It’s given me purpose. It’s a great workplace. I feel very grateful for the opportunity, and it helps my own mental health.”

Lifeline Canberra CEO Carrie-Ann Leeson says Mel started as an ambassador for her organisation in 2015 and the partnership grew, resulting in Mel joining as a staff member last year.

“It became very evident that she had a very real and authentic commitment to what we do,” says Carrie-Ann. “As a consequence of this, Mel became more involved over time.”

With her track-life balance the best it has been for some time, Mel is ready to move outside her comfort zone with her first foray into the Indoor season in Europe, beginning in December.

Mel will compete in three competitions over 60 metres, putting to the test her starts in preparation for the Australian season in January, followed by the Olympic trials in Sydney in March.

“I’m in a really good place,” says Mel. And this perspective in sport is so important with the pressure of expectation often overwhelming even the best of athletes.

The ultimate goal is a third appearance at the Olympics. There is no reason why she can’t achieve it. Mentally, she is ready and physically she’s building to her best.

Paul Regan - 22 minutes ago
And the total panorama is spoilt by a couple if trees that have been allowed to grow too tall. That said it is the same fir a... View
Natalia Fayyaz - 12 hours ago
Aeman Ahmad ya no 😂 View
Aeman Ahmad - 14 hours ago
Natalia Fayyaz View
News 5

Jane Kim - 2 hours ago
Jennifer Lobb, so are we; and fortunately our grandchildren are now being brought up the same way. Our granddaughter loves th... View
Jane Kim - 3 hours ago
View
News 1

chewy14 - 3 hours ago
Or just like our own ACT government. No dramas, reelection is almost guaranteed no matter how badly they stuff up or waste mo... View
Stephen Saunders - 6 hours ago
I do feel a twinge (not an avalanche) of sympathy for Our Gladys, who cannot possibly emerge from ICAC unscathed. She should... View
Lifestyle 21

Renee Denham - 4 hours ago
Maybe it's just me but part of going to the bay was getting to the bridge and thinking "yay, we made it" View
News 21

@the_riotact @The_RiotACT
A group of dedicated #community volunteers in #Weston have banded together to rejuvenate their local Fowles Street park from being overgrown with weeds to becoming a haven for local wildlife https://t.co/CYxMTTXITF (3 hours ago)