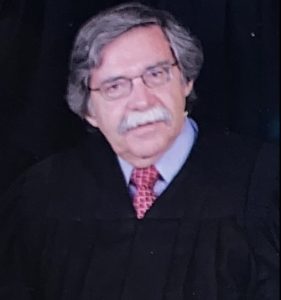 Speak to anybody who appeared before Michael Somes in his role as the chair of the ACT Rugby Union Judiciary and a common theme resonates: tough but fair.

I never appeared before him but I knew plenty of players who did. In the wake of his passing last week following a lengthy battle with cancer, I decided to reach out to the player who probably appeared before him most at the ACT Rugby Union Judiciary – Royals prop Geoff Didier.

Didier, by his own admission, got to know Michael quite well through his judiciary appearances.

When I phoned Geoff, his initial comment without a question was: “ We very rarely saw eye to eye but I respected his decisions. I don’t think I ever got off after appearing before him. He was tough but fair.”

His passing has brought to the surface similar memories many people had of their encounters with Michael.

He always impressed me with his humour and his knowledge of rugby, so much so that I often suspected he was a coach at heart.

He was a decent rugby player himself and would comment, tongue firmly in cheek, about his place in the pantheon of St Edmonds College Rugby stars.

Michael was born, raised, educated and employed in Canberra. He began his primary education at St Christopher’s Cathedral School followed by secondary schooling at the local rugby nursery of St Edmund’s College.

He studied law at the ANU before joining the well-established law firm Gallen’s.

He started his judicial career as a magistrate and a coroner before retiring from the bench in 2007.

While still on the bench he was invited to join the ACT Rugby Union Judiciary in 2003. He went on to become deputy chair before residing as its chair from 2009 until his passing. He was also the citing commissioner for a number of years for Rugby Australia.

These roles allowed him to combine his passions for rugby and the law.

Stuart Pilkinton QC sat alongside Michael on the judiciary.

“I will always be grateful to Michael for sponsoring my appointment to the judiciary in 2003,” he said.

“ Working with him was like a masterclass in conducting a hearing where often the cited player came from a different cultural background. He had a real feel for the game,” Stuart said.

“He always had the right balance. No one who appeared before Michael could complain that he had received an unfair hearing.

“Michael has moved to the sideline in the game they play in heaven. He will be forever missed.”

The ACT Rugby community is in his debt for his service and is poorer for his passing.

Jon Rooks - 18 minutes ago
Kathleen Julia Gill. I see both. The problem with these online debates is people keep making blanket, patently nonfactual sta... View
Forde AE - 31 minutes ago
100 percent spot on. View
Kit Oates - 1 hour ago
Jenny Graves As I stated categorically above, I can't stand tailgating. Apology accepted. 🙂 Given that you have still not... View
Breaking 15

Acton - 43 minutes ago
Agree. Its broken. The only people who deny its broken are those whose powers of critical thinking are seriously deficient. View
Acton - 47 minutes ago
The more we hear, read and know about AstraZeneca, in Australia and overseas, the more reason there is to hold off until Mode... View
whatwik - 1 hour ago
FWIW, wife woke next day after her first AZ with a fever and headache - responded very well to a Nurofen and a Panadol, and t... View
Opinion 13

Brindie - 1 hour ago
Given that our main roads are so congested (Tuggeranong Parkway; Adelaide Avenue) and that our public transport system is so... View
Ol L - 2 hours ago
Canberra. If the traffic gets bad just put in more traffic lights, that’ll work real good…..check out Hindmarsh Drive Phi... View
Deepak Ramanath - 3 hours ago
James Forge Wow, where is this? View
Food & Wine 10

Brindie - 1 hour ago
The decision to go into voluntary administration is disappointing for NHC clients and their patients. However, the delay in e... View
Dave N Ange Greer - 7 hours ago
Disappointment not only for coombs but all the other nhc practices as well. 😔 View
Breaking 1

Dom Polegubic - 3 hours ago
This is a good link to an intro to Croatian wines: https://winefolly.com/deep-dive/introduction-to-croatian-wines/... View
Lifestyle 2

Was one of your workmates a mystery no-show at work this morning? They may have had a very good reason....
Opinion 191

@The_RiotACT @The_RiotACT
@networkonegroup is a great way for business owners and professionals to meet new contacts, support each other and help grow their businesses https://t.co/Mbktqyqcl5 (1 hour ago)

@The_RiotACT @The_RiotACT
Canberra's surging house prices mean couples are taking longer to save for a deposit, and are being forced to lower their aspirations, according to a new report https://t.co/DmpeMwLcDP (4 hours ago)