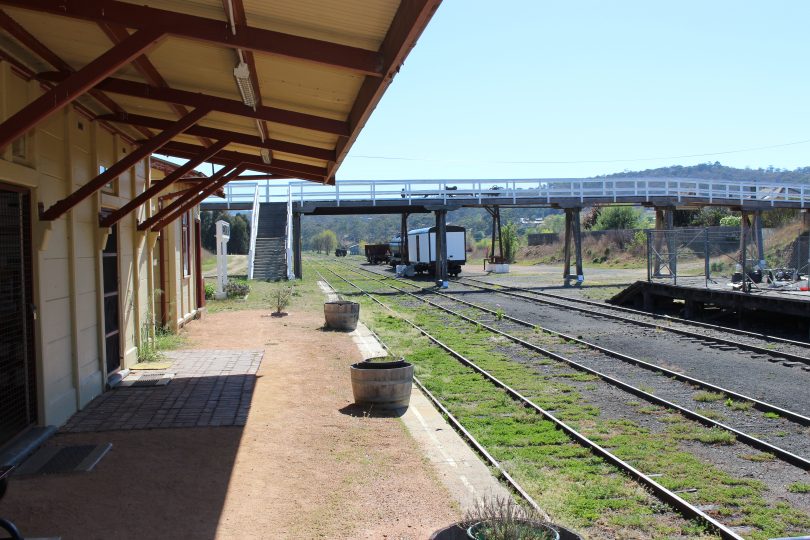 There’s progress on the idea of creating a recreational cycling and walking trail on the disused railway lines that crisscross the Monaro between Queanbeyan and Bombala.

Snowy Monaro Regional Council is investigating the feasibility of the project with a series of community consultation sessions to take place later this month.

Those excited by the 208-km idea point to the many interesting rail features along the way including heritage listed bridges, sidings, sheds, and old train stations, as well as the region’s pastoral story that unfolds during the journey.

However, there has been a level of opposition to the idea particularly from some landowners directly impacted by the proposed route. Those farmers point to biosecurity concerns, as well as privacy and stock movement issues.

Council has engaged Transplan Pty Ltd and Mike Halliburton Associates to prepare the Monaro Rail Trail Feasibility Study, with $75,000 put aside to complete the project.

The study is an important step in determining whether a trail for cyclists and hikers along the currently disused railway corridor has merit. 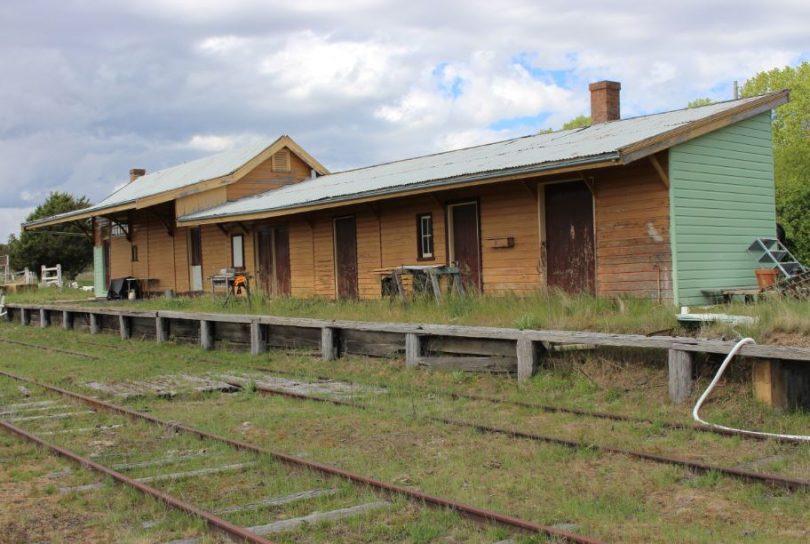 The upcoming ‘Open Houses’ with the consultants are an opportunity for members of the community to drop in and discuss the project.

“Engagement with the community is an important part of our work and we are undertaking a comprehensive process of communicating with individuals, community groups, adjoining landowners and other key stakeholders,” says Mike Maher of Transplan.

“This consultation is in addition to conversations that the Friends of Monaro Rail Trail have already had with a number of adjoining landholders and business proprietors over the last few years.

“There will be no formal presentations at these sessions. People are encouraged to drop in at a time which suits them to have a conversation with us and Council staff about the project.”

The sessions will provide information about the project via display and one-on-one conversations as well as providing an opportunity for community members to ask questions.

The Open House sessions are designed to show the community what the rail trail might look like when it is built.

Snowy Monaro Mayor John Rooney says, “at this stage, the Council has yet to formally determine whether it will proceed with the proposed trail.”

“At the same time as the Rail Trail Feasibility Study is being undertaken, other consultants have been engaged by the State Government to determine whether it is practical and viable to return trains to this corridor and to extend the railway to Eden.

“The results of that study will have a major bearing on the feasibility of a trail on the disused railway corridor.”

The rail corridor is owned by the State Government, not Council. 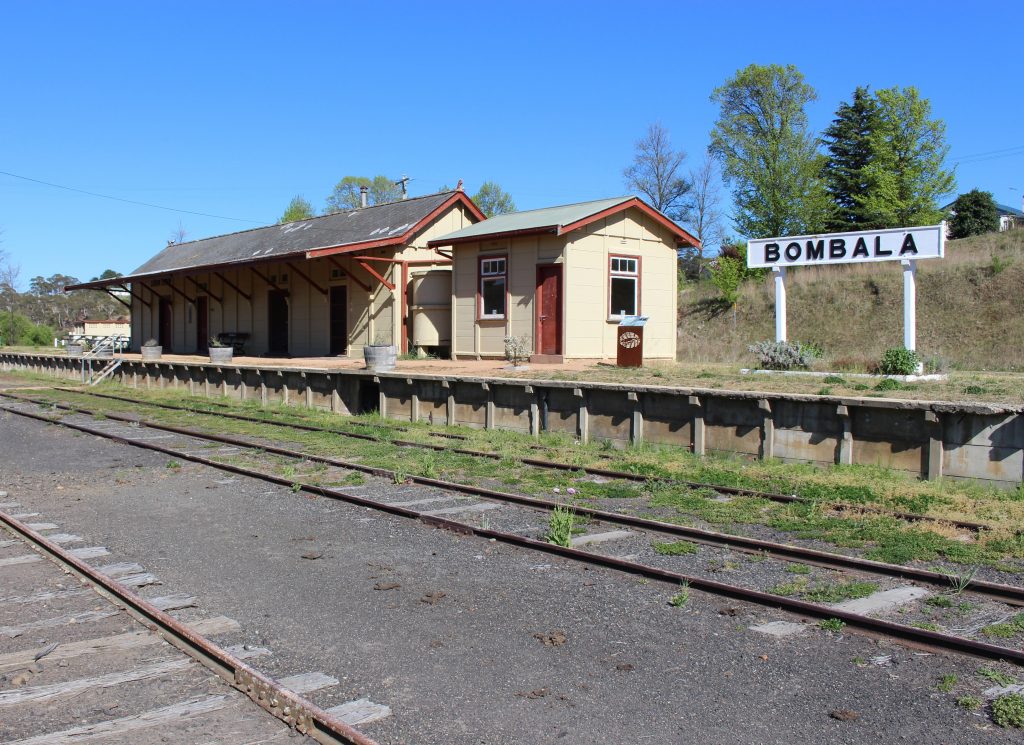 When Region Media spoke with Mayor Rooney earlier this year about both options he said, “this is a pretty exciting time with the State Government looking at the feasibility of reopening that rail line.”

“We need to consider if that went ahead how the two different uses of the rail corridor could coexist. Ideally, you’d want to see both – freight and passenger train services and a rail trail.

“Obviously, the existing rail line would need to be straightened out to allow heavy freight trains to travel at speeds of 80 to 100 km/hr.

“Opening the possibility of our curvey, steam train line being set aside as a rail trail.”

The Monaro Rail Trail Committee estimates the project may result in an increased tourist spend of $3,735,185 per annum in the third year after the trail is completed.

The pre-feasibility study commissioned by the Committee put the cost at close to $38 million but stressed the need for more detailed costings. 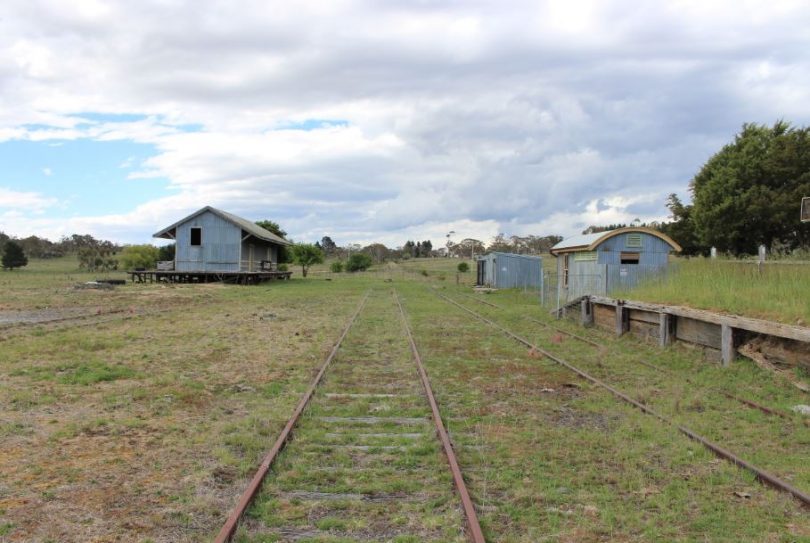 The railway line at Hume (ACT/NSW border) is still there and it will not be removed as part of the South Jerrabomberra residential subdivision plans.
While access is currently over the railway line at the end of Alderton Street in Hume the only access will be off Lanyon Drive when development of the first stage is well underway.

But will the bike riders actually use the trail once it’s built, or will they ride two abreast on the roads that run alongside the rail trail?

This has been in the pipeline for several years. It's about time it gained some traction. Bloody great news.

Are they going to consider that

1 the rail line has never formally been closed and would require an Act of NSW parliament to do so, and

2 that the NSW govt is currently going thru a process to re-open the general alignment from QBN through Cooma to Eden.

1. Yes, legislation was passed to enable the Tumbarumba to Rosewood rail trail to proceed. It's being built now

Thats not true (re-opening) as why would they have removed a large section at hume for the new tralee housing works?

Besides that the tracks are in that poor condition any attempt by a train to travel along them would end in a disaster & derailment. The tracks are useless as is - let's hope they make them useful once again!

Graeme Shields you do know that Eden has never had a Railway. First they would have to repair the bridge north of Cooma, not sure why they would need to “straighten the line out for freight”.

Anyone know where Tuggeranong station is/was?

Wondering if people read the article - bringing back trains will cost a bucketload more as they will need to straighten out the line for freight. Suitability for freight will be essential to the feasibility of reopening the train line.

State govt/council needs to consider what Victoria are doing with their rail trails, and how that is driving tourism.

Please do an Audit on the Light Rail and the bus network we have been given as a result. There is not one plus to either transport options. The bus network rolled out as a result of the light rail is an inconvenience for almost every commuter. There is only standing room on so many peak hour bus trips. We have to catch more buses to get our destinations and in the case of Kambah we have had over 10 minutes added to every trip as we are now taken through Cooleman Court on the trip to Woden.

Would love the train bought back, can we have both, they could build a track a little away from the train track and then all are happy

Just bring back the train, for Pete’s sake

This will be fantastic if it goes ahead.

And... there's a cool spooky tunnel near Bredbo.