More farmers give ‘greenie’ science the thumbs up 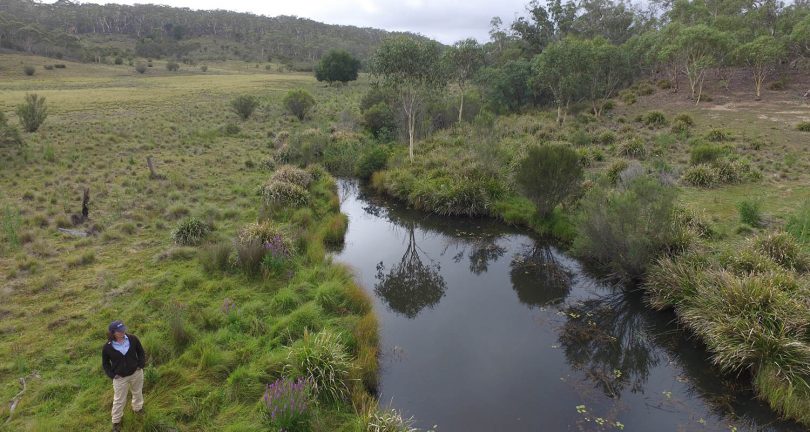 Farmers are increasingly turning to environmental science to find practical ways of improving soils and productivity. A key breakthrough has been river and creek restoration which is resulting in healthier pastures and less erosion.

And while fencing off waterways and replanting native vegetation was once viewed with suspicion and, perhaps, labelled as ‘greenie science’, it is now gaining wider acceptance as a prime way of farming sustainably.

The successful Rivers of Carbon program is working with landowners in the Goulburn region on a one-on-one basis to rehabilitate rivers, creeks and tributaries. The program is achieving good outcomes pairing science with productivity goals.

“The vision of Rivers of Carbon is for healthy rivers and building landowner’s knowledge by using the science. We are providing ground scientific knowledge to farmers which includes one-on-one planning in a way that suits their business,” Rivers of Carbon program manager Lori Gould said.

In Goulburn, the main issues for the region’s rivers and creeks are water quality and lack of biodiversity.

“They are finding that things like algae in the water because of cow and sheep droppings is not good for their business. By increasing the diversity of waterway vegetation they can give stock clean water to drink for example,” Lori said.

“People are also calling us because of erosion on their properties. Working with them, we look at rotational grazing systems and they tend to plan to fence off the river and pump water into troughs, to establish that good ecosystem. Outcomes tend to be clean water, better shelter for stock and vegetation and, because soils and vegetation improve, stock in the adjacent paddocks to the waterway can be increased.

“Our rivers have tended to be hammered in the past and that has a flow-on effect to soils. However just establishing a shelter belt, for example, will improve soils 20 metres out into the paddock from the trees alone.

“Adding in rotational grazing results in a diverse biota and farmers are seeing the value to their business.” 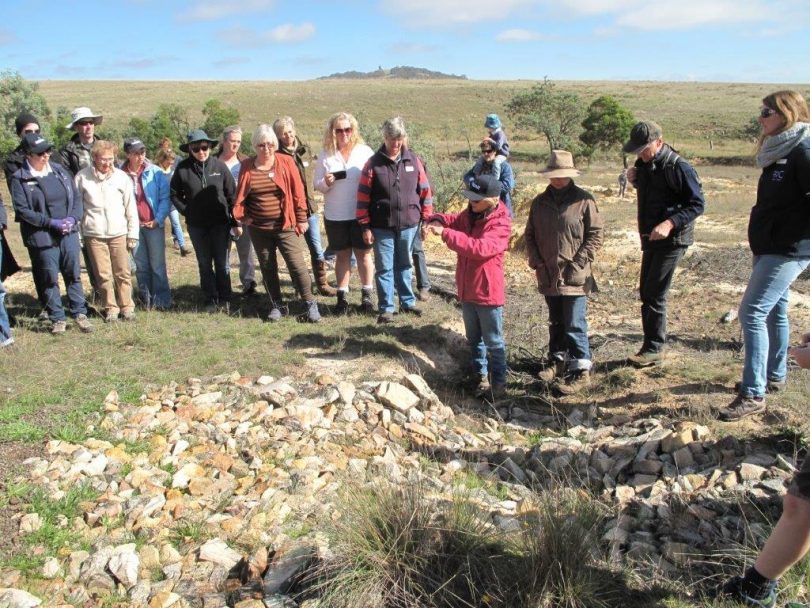 Goulburn landholder Margie Fitzpatrick shows how her erosion control has worked on her farm. Photo courtesy of Rivers of Carbon.

Erosion has been the pressing problem for landholders, including in the Goulburn region. Lack of vegetation has meant that when waterways flood they take the soils away. Fencing off the erosion and adding vegetation helps rehabilitate the impacted area.

“They are literally losing their land to erosion,” Lori said.

The Goulburn region is known historically for its swampy meadows or wetlands, however they’ve been increasingly taken out of use with farming practices. According to Lori, Rose Lagoon near Collector is one example of such a wetlands.

“They are like a big kidney for the land. They absorb and process nutrients and the diversity of macro invertebrates feed birds; other insects pollinate crops but the biggest benefit is they filter water – water comes out clean,” she said.

“In the past, the settlers used every inch of their properties for productivity, clearing the land, and wetlands were channelised and drained. This started erosion which became unstoppable and salinity rose. Big gullies were formed and that snowballed in drought because there was no shelter. When it flooded, soil was washed away but we find that landowners are increasingly working with nature rather than against it, and they are getting good results.”

Rivers of Carbon works with farmers to use science in a practical way, building habitats housed in shrubs which in turn increases insects and bird life. Healthy ecological systems and cycles are established resulting in biodiversity and deeper, better soils.

“There are natural opportunities through using what’s there, and I think we will move eventually towards sustainable agriculture to manage dry times.”

Rivers of Carbon has collaborated with around 700 farmers over 20 years and has evaluated results over the longer term. Farmers enter into a 10-year agreement, so the evidence on what works has been collected.

“We find that when the 10-year agreement finishes, they are still looking after their waterways and still seeing the benefits from that. They see the reasons to keep going, so there’s been behavioural change over time.

“We knew we needed to reach the hearts and minds of landowners. Rivers of Carbon focuses just as much on the social as well as science, and providing that ongoing support.

“Rivers are living beings, and they are our lifeblood. We are slowly getting there. Twenty years ago we were viewed as that weird ‘greenie’ science but we are becoming more mainstream. In South East Australia, landcare has been a response to problems because most of our farmers are good, sustainable land managers.”

Rivers of Carbon in the Goulburn region is funded by the Environmental Trust of NSW and Water NSW, and also receives grants through the Australian Government.