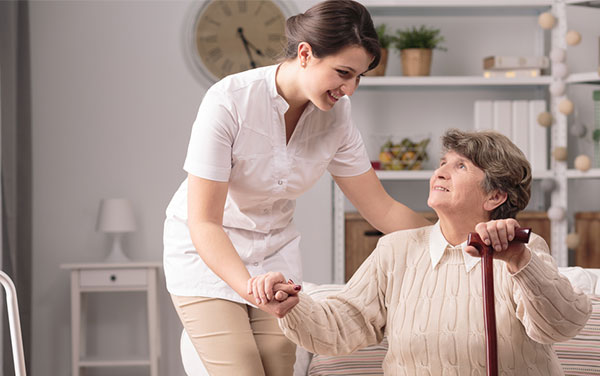 Commonwealth data reveals that more than 1000 Canberrans remain on the waiting list for home care packages despite successive announcements of more packages from the Federal Government.

More than 30,000 older Australians died while waiting to receive a home care package they had been approved for in the past three years, Australian Government Department of Health officials told Senate Estimate hearings last September.

The packages, which range from level 1 for basic care needs to level 4 for more complex needs, support elderly Australians in their own homes by providing nursing and healthcare services, equipment such as walking frames, and minor home modifications to make it safer and more accessible. The packages are organised and delivered by approved providers.

This was shorter than the median waiting times in the previous year, but once the packages had been received, more than one third of older people who were living in households and in need of assistance reported that their need was not fully met, the report noted.

Shadow Minister for Ageing and Seniors Julie Collins called the state of the waitlist “shameful”.

READ ALSO: Warehousing the elderly during COVID-19 must be challenged

“Older Australians needing high level home care are now waiting more than two years for care they have been approved for, and some are waiting almost three years,” she said.

“The wait for older Australians to enter residential care has blown out by more than 200 per cent under the Coalition to 148 days.”

Although 99 per cent of senior Australians who had been assessed have been offered support from the Federal Government, including interim packages, a Department of Health spokesperson said.

“People assessed as a high priority are accessing an interim package immediately and a high-level package within months if required,” said the spokesperson.

“[They] continue to have access to Australia’s world-class health care system.”

The Federal Government, which facilitates the aged care system, announced it would fund an extra 83,000 packages since 2018-2019 at a cost of $5.5 billion.

“We know that more senior Australians are choosing to remain in their own homes for longer and the government continues to fund more home care packages at every opportunity to support this choice,” said the Department of Health spokesperson.

“The government has continued to invest significantly in home care packages.”

Eighty per cent of older Australians will access some form of government-funded aged care services before death, the Productivity Commission’s report noted.

Patrick Barrett - 40 minutes ago
Dylan your fault View
Sonia Irwin - 5 hours ago
Been watching this as a client. Gotta say a bit nervous is an understatement View
Justin Newbury - 5 hours ago
Whoopsie. View
News 15

JC - 6 hours ago
Lots of relevance. Don’t think kenberrans was talking about planning and response to minimise death rather that those who h... View
phydeaux - 8 hours ago
What has that to do with kenbehrens’ point, JC? Nobody asked for a statue, and ultimately, they are people with family, rel... View
JC - 9 hours ago
Is it the place of government or media to commemorate someone in that way? Whilst I cannot imagine what it would be like to l... View
News 277

‘Delays can be deadly’: endoscopy wait list to undergo audit

Elective surgery to resume in the ACT, boosts for mental health funding announced