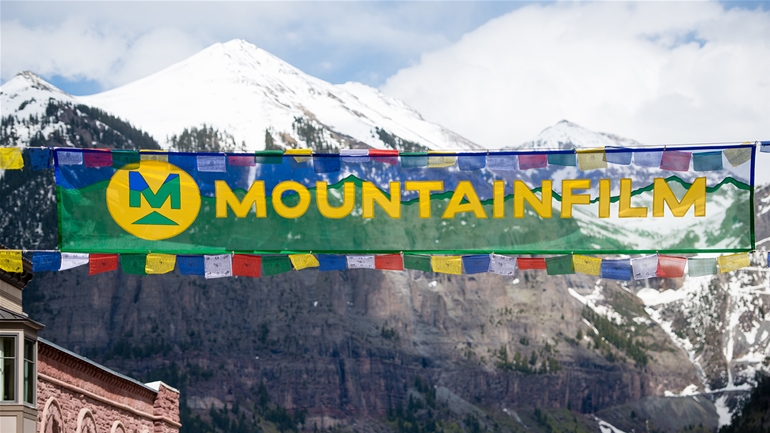 Since its genesis in 1979, Mountainfilm has been held every Memorial Day weekend in Telluride, Colorado, in ode to the human spirit, in search of adventure and in celebration of the pursuit of a liveable world.

After years of touring over 150 locations worldwide, and having been voted by MovieMaker magazine as one of the 25 Coolest Film Festivals in the World, Mountainfilm on Tour achieved its antipodean arrival in 2017. Enjoying breakout success in Australia and New Zealand, and with a growing global following, this gnarly nickelodeon touches down in the nation’s capital for the very first time this weekend, making its local debut at Dendy Canberra.

Screening for one night only, you can catch Mountainfilm on Tour Saturday 24 March at 5 pm.

Tickets: $25/$20 for adults/concessions. There are also Youth (19 and under) tickets available for $15; Family (2 x adults, 2 x youth) for $60; and group discount tickets ($20 each) for 10+ tickets bought in the same transaction. *Ticket prices do not include GST/booking-fees.

Find out all you need to know about the festival HERE.

Elle Apopei - 16 minutes ago
This is a great idea! And I have seen examples of fenced playgrounds that still incorporate nature and beauty without feeling... View
Elle Apopei - 21 minutes ago
Rebecca Willis View
News 16

JS9 - 41 minutes ago
While there is no doubt that the contracts are unfavourably placed at the moment, its not '3 times the current electricity pr... View
bj_ACT - 2 hours ago
Spot on Chewy. As has been pointed out by a few people over the last year. The ACT government has signed up fixed price 20 ye... View
phydeaux - 2 hours ago
...and remember to take a clear photograph of the meter readings, in case you need to submit a correction. View
News 1

chewy14 - 2 hours ago
Hmmm, I wonder how the government could remove "organised crime" from the equation of selling these drugs? It's almost like i... View
TheSilver - 3 hours ago
Don't really have an opinion on this - don't know enough - but the last two years have made me think the government's positio... View
franky22 - 3 hours ago
Kershaw is a bureaucrat & is saying things that will please his political masters. He did not provide any evidence to support... View
Public Sector 3

Once you walk through the predator-proof fence, it's like going back a century in time. Sure, you can hear the...
Community 43

@the_riotact @The_RiotACT
Cooma's Dr Hamish Steiner has been named 2021 Rural Doctor of the Year after stepping in to help save Bombala's only medical centre https://t.co/4jIMqDz1Vd (1 hour ago)