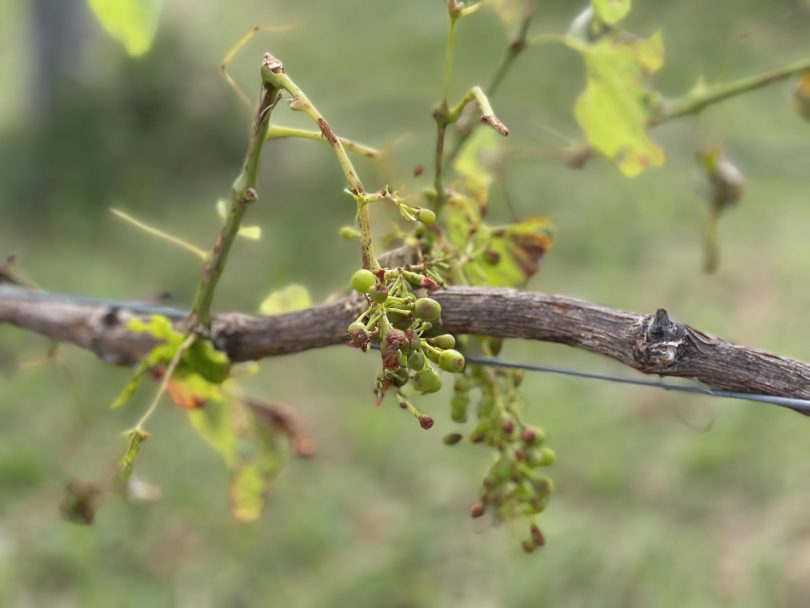 Damaged grapevines will leave many Murrumbateman wineries without a crop this season. Photo: Supplied.

The hail storm that passed over Canberra on Monday, 4 January, wreaked havoc in Belconnen and left thousands of households without power. But as it left the suburbs and travelled north, the storm continued to cause damage, which will have long-lasting effects on some vineyards in the Murrumbateman region.

Sarah Collingwood from Four Winds Vineyard says the storm lasted only five or 10 minutes, but the wind and hailstones hit with incredible force.

“[The storm] just defoliated the vineyard and bruised and damaged the fruit,” she told Region Media.

“It’s amazing that so much damage can be done in such a short period of time.”

It looks like more than 80 per cent of the crop was damaged in the initial storm and Ms Collingwood explained that the loss of leaves means the vines won’t be able to ripen the remaining fruit.

“It’s not looking good for a crop this year, unfortunately.” 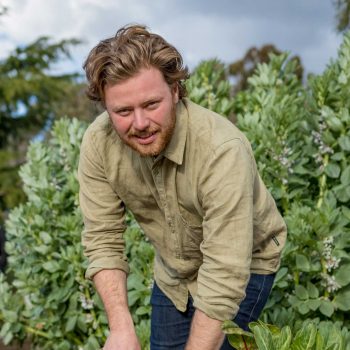 Poacher’s Pantry property and wine manager William Bruce had a big clean up job after the storm. Photo: Poachers Pantry.

William Bruce’s family-run Poacher’s Pantry, a winery, restaurant and smokehouse in Murrumbateman, was also severely damaged, and there was a sense of urgency to the cleanup efforts. Staff worked through the day to make the grounds accessible for an event that was due to go ahead 24 hours after the storm had passed.

“We got the restaurant cleaned up, the car park, and then we had a local earth working company who came in and cleared the road, and we got the place open,” Mr Bruce says.

But there’s not much that can be done about this year’s harvest.

“There’ll be no fruit at all for 2022. And it’s all now just about mothering the vines and supporting them to get a decent crop next year.”

Mr Bruce was particularly disappointed about the damage done to six hectares of younger vines which were due to produce their first vintage this year. While more established vines will bounce back for next year, these green trunks will take a few more years to recover. 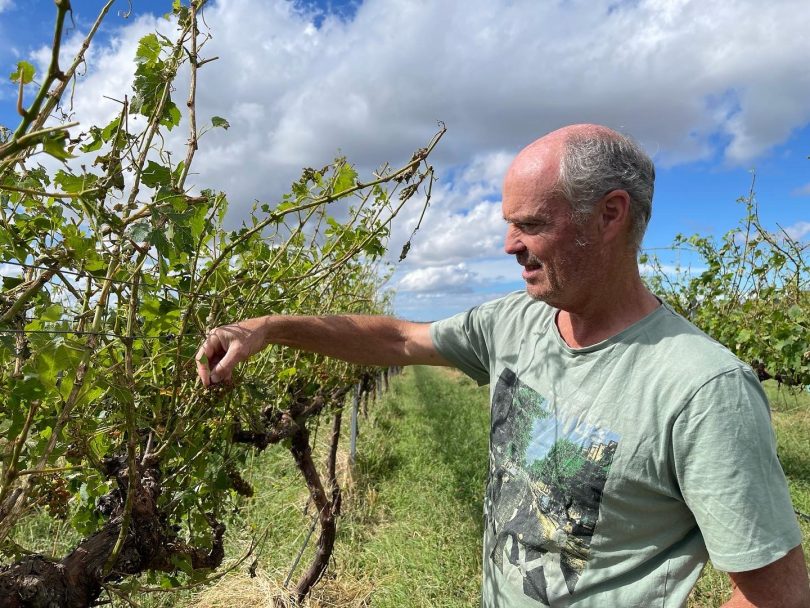 Wendy and Michael O’Dea from Dionysus Winery were interstate when the storm hit and returned to find their crop had been destroyed.

“We got home [Wednesday] afternoon and went for a walk around the vineyard and found we’ve lost every single berry. A 100 per cent loss. It looks like a cyclone’s been through it,” Ms O’Dea told Region Media.

As well as damaging the grapes, the storm also destroyed many of the plants in their newly built sculpture garden. 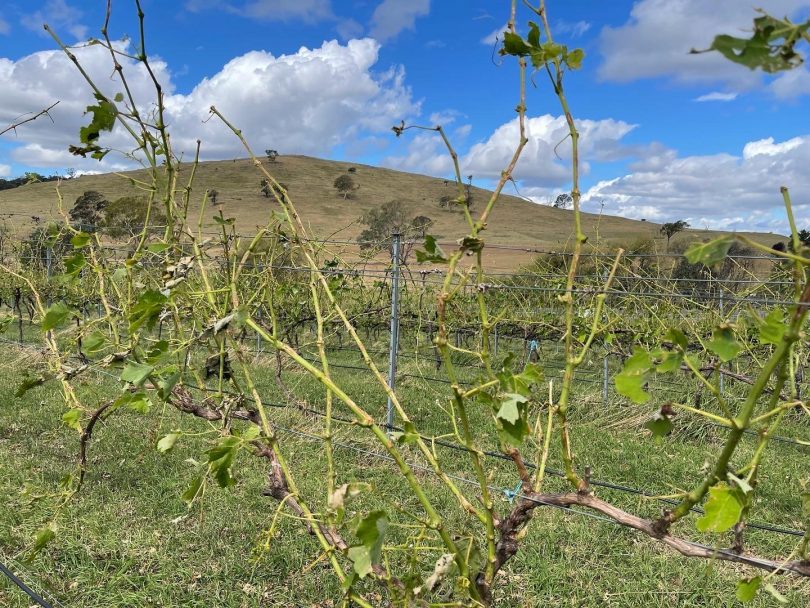 It’s a tough loss for local vineyards after the 2020 bushfires damaged grapes with smoke taint. Growers were forced to abandon their crop that year and purchase grapes from vineyards outside the smoke-affected area. It looks like the vineyards who lost their crop this year will likely have to do this again, although all were optimistic that the narrow path of the storm left many vineyards in the area untouched. Some of their neighbours will still be looking at producing a bumper crop.

“The season was looking good and I think the vineyards that do get grapes off this year will be really good,” Ms Collingwood says.

“All the rain has really recharged the ground … the region is looking totally lovely, but [it is] just a tough season at Four Winds.” 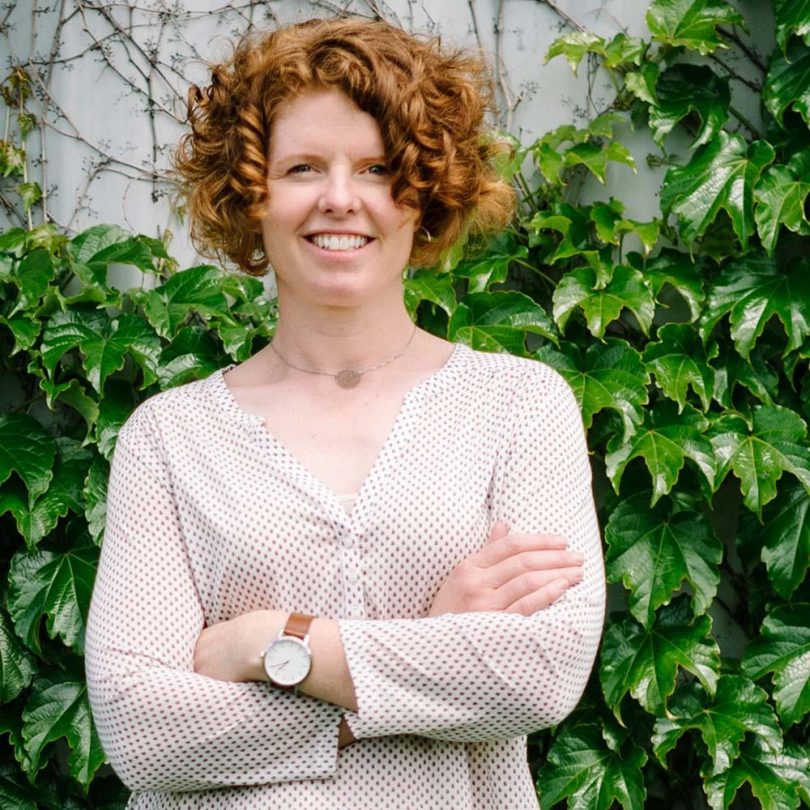 Mr Bruce reminded Canberrans to support local wineries and businesses by buying local wine at bottle shops and restaurants, and visiting wineries in the area.

Ms O’Dea was philosophical about the experience saying that COVID-19 had “given perspective”, and despite their losses, they still felt very fortunate. With the help of friends and family, she and her husband were heading into the vines to clean up the mess and look to the future.

“That’s the biggest priority, just to get out in the vineyard and look after it for next year.”