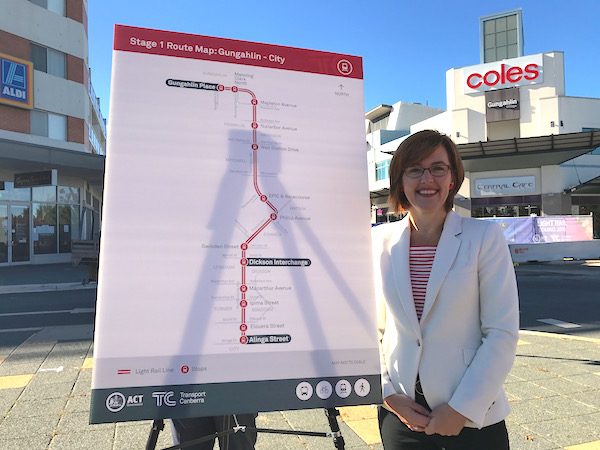 Which light rail stop will you use most often once stage one is completed next year? Dickson Interchange when heading for a Chinese meal or EPIC and Racecourse for a day at the track? You won’t need to think about where each station is as you ponder this because the Government has sensibly named the stops according to their location.

The decision to name the stops on a geographical basis, tied in with major streets and intersections they will service, has disappointed some commentators, who were evidently hoping the ACT Place Names Committee would be able to debate more creative options, or options that paid tribute to prominent individuals or sites in Canberra’s history.

Surely, though, it makes sense to name the stops according to where they are so that Canberrans and visitors to the capital can easily orient themselves in relation to the stops?

References to notable names and places of days gone by are evident in many of the names in any case, given they’re named for streets that are called after former residents (such as Manning Clark) or residences (such as Well Station).

Here’s that list in running order from Gungahlin to the city: 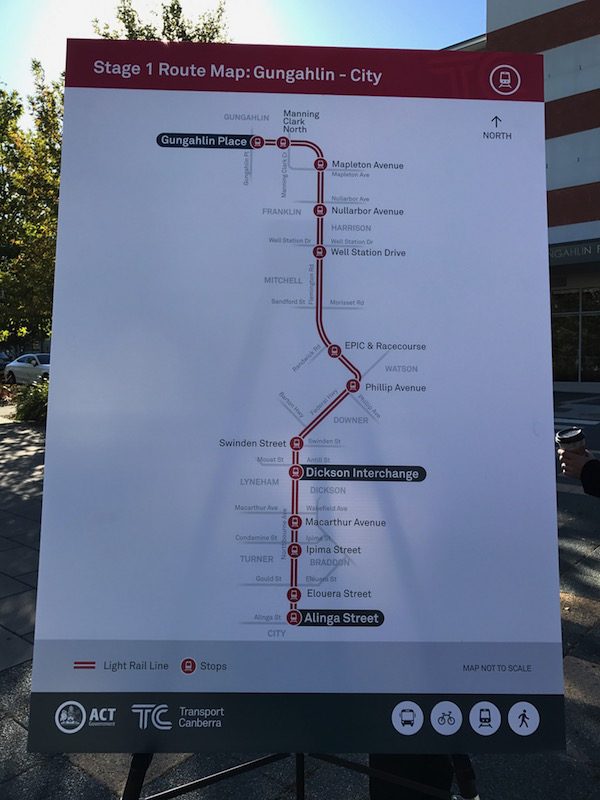 The Government selected street names and landmarks as stop names rather than suburbs given there will be multiple stops in some suburbs (such as Ipima and Elouera Streets in Braddon).

The sites themselves were chosen based on criteria around projected patronage, potential to enhance the local area, as well as access and connectivity with buses, improved walking and cycling infrastructure, according to ACT Transport Minister Meegan Fitzharris.

Which light rail stops will you jump on and off at most often? What do you think of the decision to name the stops after nearby streets and landmarks? If you reckon they should’ve gone for more creative options, let us know your own ideas on what the stops could’ve been called. You never know, maybe your ideas for names will take off in an unofficial capacity.

I believe the Alinga stop wasnt given a more specific name like ‘Civic Interchange’ as the Woden light rail would see several other Civic based stops, one of which may become the primary Civic bus/light rail interchange stop.
I’m hoping the vehicles themselves have Civic and Gungahlin on the destination rolls, so tourists and infrequent public transport passengers wont be confused.

Confused as to why this is an issue – ridiculous to name the stops any other way. To my knowledge we don’t name bus stops, nor do they name tram stops in Melbourne…

Actually they do name light rail stops in Melbourne and some larger more important tram stops too. Eg in city and places like Domain.

Though must admit scratching my head about the names as it is just so logical to the point of being a no brainier.

Confused as to why this is an issue – ridiculous to name the stops any other way. To my knowledge we don’t name bus stops, nor do they name tram stops in Melbourne…