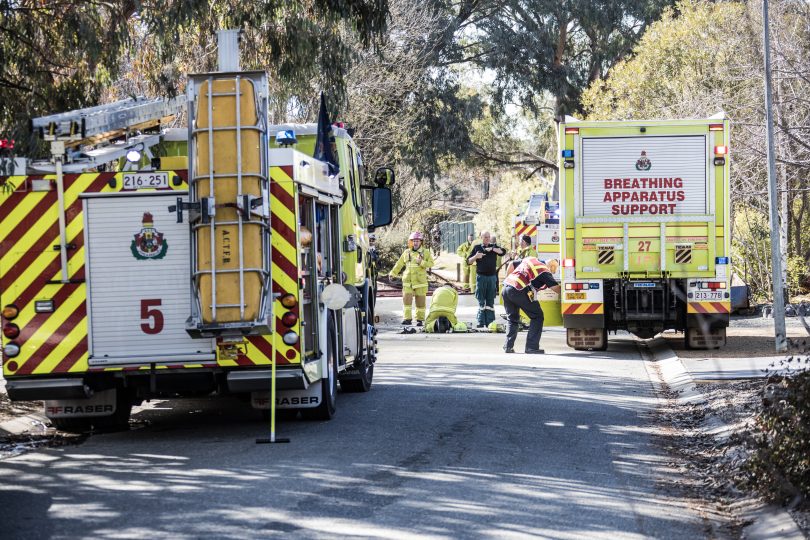 ACT Fire and Rescue units are on scene at neighbouring garage fires in Chisholm. Photo: File.

The fires are in neighbouring yards.

Two ACT Fire and Rescue pumpers, one Commander and two heavy Parks and Conservation tankers are on scene.

The fires are being fanned by very strong winds with gusty showers and storms affecting the ACT.

A thunderstorm warning has been issued across the region, with an 89 km/h wind gust already been observed at the Canberra airport.

Onelia Herriot - 2 minutes ago
If the landlord must pay moving costs then the timeframe to move out must be reduced. View
Jilly Beans - 3 minutes ago
Tenants' Union ACT I’ve rented my way through 15 properties and I never once expected the property owner to cover any of my... View
Sean Bishop - 4 minutes ago
And watch the rental Bonds sky rocket $5,000 to cover that loss.. stop it Tenants' Union ACT View
News 22

Phil Hogan - 32 minutes ago
Got to pay for the tram 🙄 View
mark boast - 6 hours ago
Is a speed limit a “never exceed” or a permissible maximum plus/minus 10%? Cameras don’t image opinion. Time to move on... View
Patrice Riboust - 8 hours ago
How much the standing committee members are paid for this job? View
News 3

Arety Kr - 35 minutes ago
It wasn't that wet compared to last year. Come on, where did that extra 6 mill go to mowing?.... View
Property 6

Woman charged with arson after house destroyed in Conder