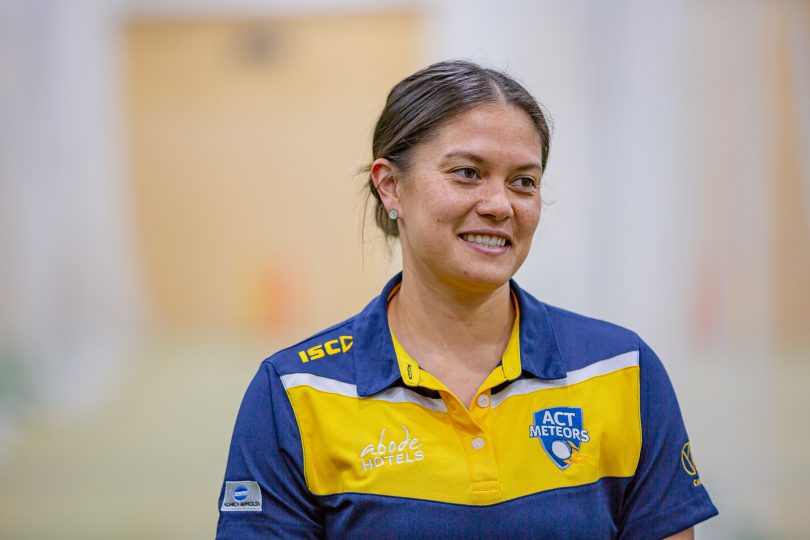 After 11 seasons at the ACT Meteors, veteran all-rounder Angela Reakes has been named the team’s new captain.

It isn’t the only change at the top of the Meteors.

There are also significant personnel changes with three new faces joining the Meteors’ 14-member squad as they look to improve on last season’s fifth-place finish.

ACT Meteors ready for action and a tilt at the title

There are big things happening for the ACT Meteors, and Tim Gavel is at Cricket ACT HQ with team captain Angela Reakes and coach Jono Dean to hear all about what fans can expect as the season approaches.

Two 18-year-olds are also looking to inject energy into the Meteors outfit this season: Olivia Porter, who captained the Universities Women’s Cricket Club in Sydney and served as a replacement player for Sydney Thunder in the Women’s Big Bash League last season, and Allison McGrath, who was in Canberra last year for the Female T20 Bash competition. 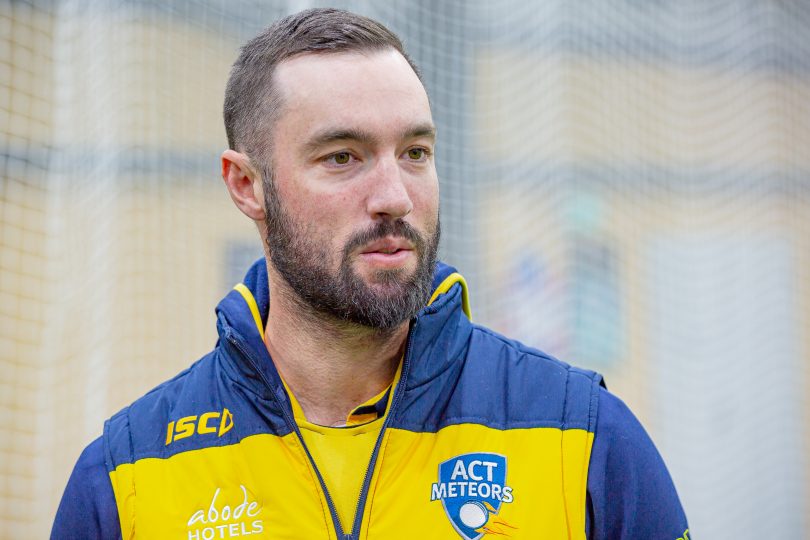 Madeline Penna, while also listed as a new member, had her contract renewed at the end of last season.

“It was definitely exciting being brought into the team midway through last year,” said Penna. “I had a great time with the girls … I’m very excited to have two years with the Meteors.

“I just love playing cricket in general, and, for me, that just certified the fact that I wanted to do this and wanted to play professionally.”

For the first time, all of the Meteors players are based in Canberra.

Cricket ACT’s high performance manager, Olivia Thornton, says she is pleased to have such a broad mix of ages and experiences within the team.

“It is really exciting when you talk about trying to build culture and trying to get continuity from a training point of view,” she says. “The fly-in, fly-out arrangement does not work for us.”

For experience, the newcomers can turn to role model Reakes, who has been playing in the WNCL for 11 seasons.

“She is a natural leader and well placed to take the team to the next level,” said Thornton. “She lives and breathes the Meteors’ core values.”

Reakes was forced to sit on the sideline last year due to injury but has since recovered and is excited to be back.

“Cricket ACT has provided us with a terrific program for many years now, and I’m really looking forward to having the whole squad based in Canberra for the first time ever,” she said.

“I am also itching to get back out on the field this year after sitting on the sideline last season.”

Along with the rest of the sports world, cricket has suffered due to COVID-19 restrictions.

“It has certainly been an interesting time in cricket of late, but we’re really happy we’ve been able to finalise our squad for the coming season,” said Thornton.

“The season will probably look a little bit different. The schedule has not been finalised yet, but it is looking like we are playing for pre-Christmas and full post-Christmas.

“It is probably looking like one round prior to the Big Bash, then the Big Bash period in the same sort of position as last year, and then two rounds post-Christmas.

“We have had to tweak things off the back of coronavirus, but we have used technology for some of our on-boarding and induction processes. The girls have been split into different training groups to make sure we are adhering to those regulations surrounding coronavirus.” 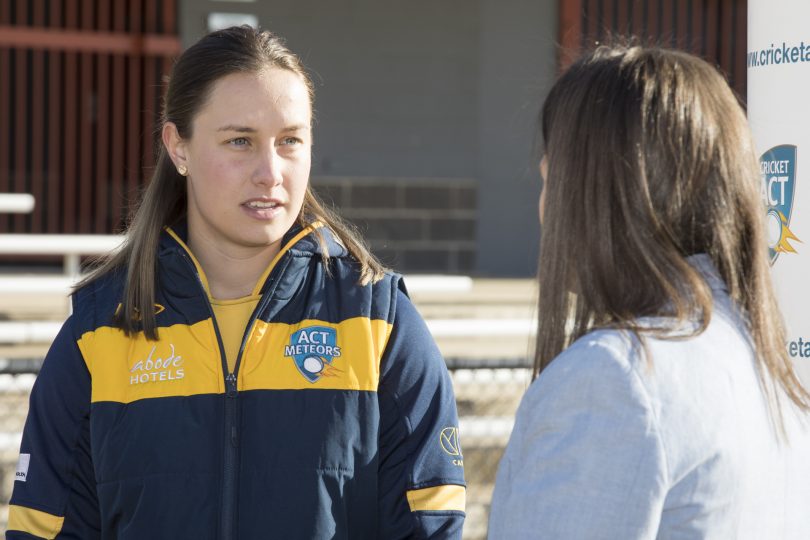 Penna says uncertainty around COVID-19 has been hard, but her renewed contract has provided some reassurance.

“‘We have now started training a bit more together, which is good, and everyone is a bit more bubbly and excited that we’re actually seeing people and not stuck inside.

“This [contract] allows me to just go out there and do what I do best – score runs and hopefully take heaps of wickets along the way and win games for the Meteors.”

Penna says she is most looking forward to “getting out there and playing alongside the girls and hopefully taking home the title”.

The 2020-2021 Women’s National Cricket League fixtures are expected to be announced in mid-July.

Mark N Mel - 38 minutes ago
No your joking, I just can't believe it. View
Anna Vavrina - 5 hours ago
Yep. Going on for years. View
Lauren Herbert - 6 hours ago
^ this right here. View
News 137

Andrew Sage - 6 hours ago
On my ... View
Denise Bourke - 6 hours ago
We love the work of mower teams and their supervisors. Keep em coming. View
David Fenwicke - 6 hours ago
The grass needs to be mown before it sets seed otherwise noxious weeds like Chilean needle grass which I saw on Northbourne a... View
News 7