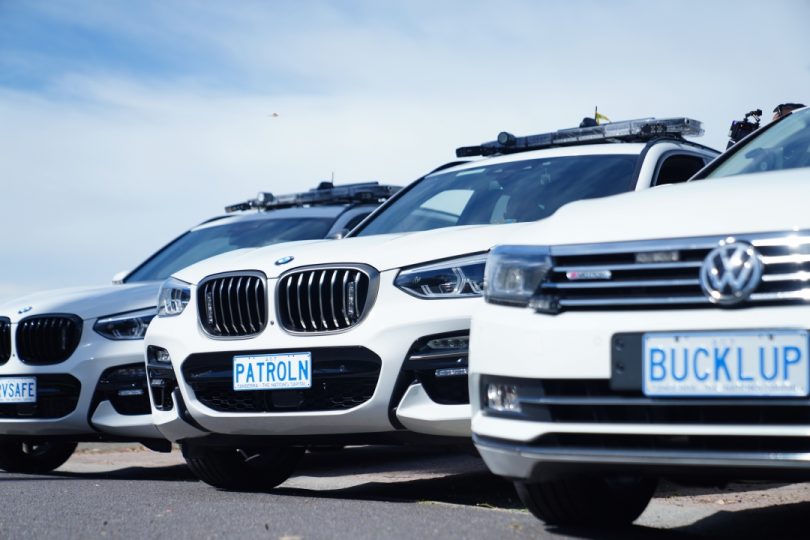 Police in the ACT will be better equipped to detect unregistered vehicles and speeding drivers with two new police cars replacing vehicles that have reached the end of their service life.

The cameras can capture high-quality footage of vehicles and their registration plates, even those travelling in the opposite direction at highway speeds.

“The ANPR system provides more detailed information to the police officer than the previous version to assist with vehicle identification. The system also captures metadata such as GPS location, time and date to provide accurate evidence,” Det Insp Boorman said. 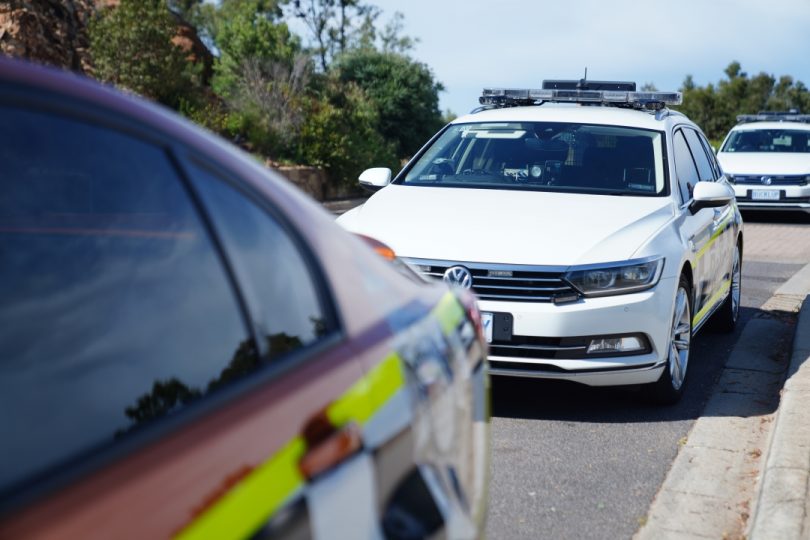 ACT Policing vehicles will have new cameras to detect unregistered and speeding drivers.

The cameras enable police to identify and process plates on vehicles in front, beside, behind and approaching traffic from the opposite direction.

The high definition video cameras in the vehicles record all traffic stops which can then be used as evidence in court if there is a dispute to the infringements issued.

If required, officers can rewind video playback on the screen in their car to review footage.

“These plates are an engaging way to remind people of the importance of being safe on our roads,” Det Insp Boorman said.

READ ALSO: Speed kills, so why carp about driving a little slower?

Minister for Police and Emergency Services Mick Gentleman said the government is committed to funding the equipment and training police need to keep Canberra safe.

“ACT Policing is a leader in the application of number plate recognition technology. The ACT was the first Australian jurisdiction to use RAPID (Recognition and Analysis of Plates Identified) and ACT Policing continues to be an innovator.

The unveiling of the vehicles by ACT Policing comes after a weekend when several Canberra drivers were caught committing multiple driving offences.

On Sunday (15 November) police detected a 50-year-old man travelling at 180 km/h in a 90 km/h zone on William Hovell Drive south of Belconnen.

Earlier in the day, police also detected a 23-year-old man travelling at 168 km/h in a 100 km/h zone on the Monaro Highway.

Both drivers were fined $1841 and lost six demerit points.

Also on Sunday at about 9:20 pm, police were conducting proactive patrols of Canberra Avenue, Fyshwick when they observed a passenger standing up through the open sunroof of a silver Subaru Liberty.

The passenger was also issued fined $705 for their seatbelt not being fastened and for travelling with a body part outside the vehicle.

ACT Police need to look at corruption especially regarding police cars speeding, using their phones, illegal parking, riding impounded dirtbikes on the sidewalk, you name it. They are beginning to have a very bad reputation. I highly doubt driving around in 100 thousand dollar BMW’s and VWs will make them look more “for the people”, but rather “against the people”.

Detecting a car 2 days out of rego does not make the roads safer. This is purely for revenue raising.

Yeah, how dare they fine people who blatantly ignore months of notices regarding rego and break the law. Shame on them.

Meanwhile houses and vehicles getting broken into, call ACT Policing t attend only to state they dont have time to attend… Too busy ‘revenue raising’, meanwhile crime across the ACT continues to rise.

Yep, total crap & waste of taxpayers money – expensive BMW’s & no doubt a horrendously overpriced bit of I.T. in the detection system, while robberies & cars doing dangerous burnouts at all times of the night around the place. How about a few more feet on the beat with actual results & less show.

Tracy Lee - 1 hour ago
Sure if you got a spare $60k lying around View
Belinda Makrides - 3 hours ago
Nothing against america, just rather my toyota to me built in Japan and I want a tesla built in USA there country of origin s... View
Mark Johnson - 5 hours ago
Belinda Makrides don’t think it would make a difference. Toyota have a pretty good rep no matter where they are made. The H... View
Public Sector 14

Tracy Hancock - 3 hours ago
Nurse and midwife here. Have looked after patients who were Covid positive and didn’t know it when they saw me. I haven’t... View
Sa Rah - 4 hours ago
Yeah, not really sure this was well considered both for availability and practicality.... View
Jay Kay - 4 hours ago
So this wave will be a dead cat bounce, with another surge driven by children spreading towards their families. Hope business... View
News 12

Capital Retro - 4 hours ago
Well, it's the first one and it's a failure so they don't want all of Canberra to know about it so it doesn't matter really w... View
Capital Retro - 7 hours ago
Another ACT government "pop-up" failure. View
kenbehrens - 7 hours ago
CR, I'm not sure that he's been this far south? There's no Light Rail planned for Erindale! Why didn't they place this large... View
Property 6

doomattheend - 5 hours ago
Good to see the Greens MLA attacking a private school for a federal issue rather than keeping the labour party in check. Of c... View
Opinion 43

HiddenDragon - 5 hours ago
Boiled down, that sounds like an argument for more people on the public payroll in Canberra - good luck with that when the Au... View
Monda Scoltock - 6 hours ago
Alexandra Hunter - no doubt! View
JS9 - 7 hours ago
While the health system had in totality coped fairly well, I'm not convinced it has held up as well as it may appear. A not s... View
News 32

Kalo Arepo - 7 hours ago
Also in cases of bushfires gum trees explode like bombs whereas many species of exotic deciduous trees are fire retardant-thi... View
show more show less
*Results are based on activity within last 7 days

White-tail spiders are out in greater numbers this year after the wet weather, but experts say their dangerous reputation is...
Motoring 27

@the_riotact @The_RiotACT
After more than 25 years, the iconic #Sfoglia Patisserie and Cafe in #Dickson will serve their final coffee this Saturday https://t.co/NROhjkTshL (5 hours ago)

@the_riotact @The_RiotACT
#Canberra has plenty of delicious dining venues where carnivores, omnivores, #vegetarians and vegans can all enjoy a meal together. Here are some of the best https://t.co/plnOQDKZ25 (6 hours ago)

@the_riotact @The_RiotACT
This beautifully modernised three-bedroom family home at 27 Bullock Circuit in #Kambah is new to the market, offering an opportunity for a #family to snag a perfect first home on a prime piece of land https://t.co/RX2qhxXXVq (7 hours ago)