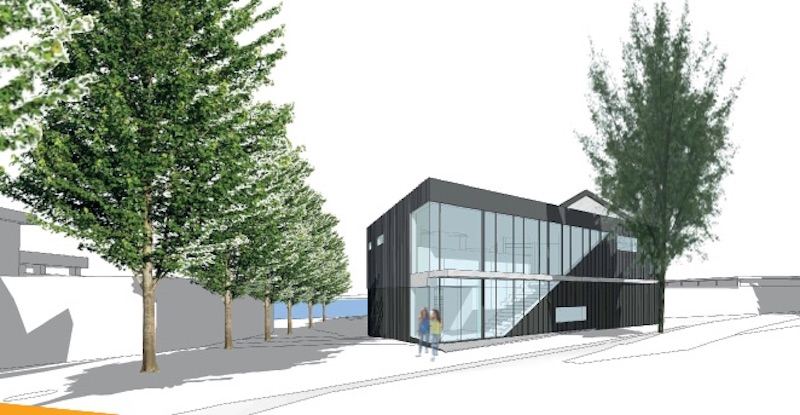 An artist’s impression of the new rowing shed.

Work will begin early in 2019 on the concrete, steel and marine plywood structure with a balcony facing the lake. The old shed has served generations of young rowers, including rising champions. 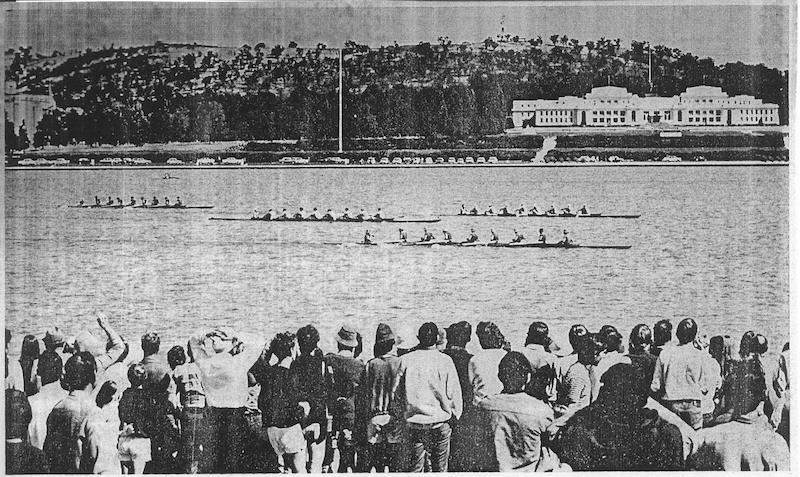 Ahead of the river race in the 1970s. Photos: Supplied by Canberra Grammar School.

Head of CGS Rowing Andrew O’Brien says the new centre will provide state-of-the-art facilities for an increasing number of students wanting to row.

“From this large pool of students, an increasing number of aspiring athletes will emerge, well-served by mentors/coaches and a school invested in their rowing progress,” Mr O’Brien says. “These facilities will provide a launching point for sporting dreams and be the confident first step in the journey along the Australian rowing pathway.”

The new shed’s designer, Steve Andrea Architecture, says inspiration for the shed came from precedents found along the Yarra River in Melbourne and on Sydney Harbour.

A community group, Lake Burley Griffin Guardians is alarmed at the number of boat sheds flanking the lake but believes the Canberra Grammar School’s new shed is reasonable, given that it is on the site of the existing building.

Spokeswoman Juliet Ramsay says boat shed sites are in short supply around the lake. At Grevillea Park, one new shed is being built, and space has been gazetted for three more. She says the time will soon arrive when the beach at the park will no longer be accessible for recreation.

“Lake Burley Griffin is a national icon. A lot of visitors come to see the lake, people love riding their bikes around the lake, and those things have to be balanced,” Ms Ramsay says. 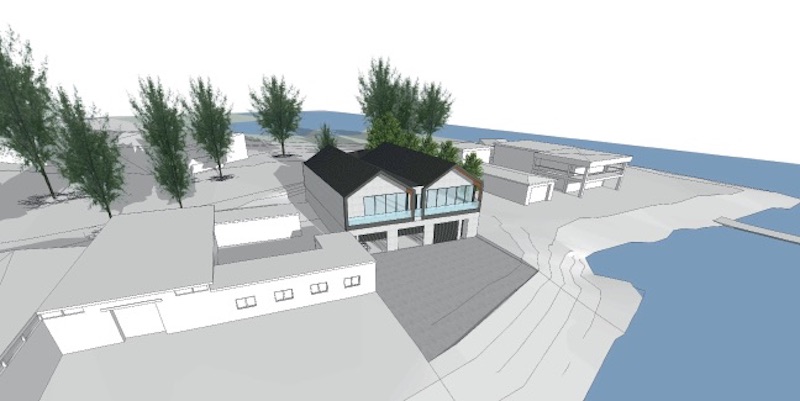 An artist’s impression of the new rowing precinct.

The run-down, 1968 CGS rowing shed will be replaced by a co-educational building with separate change rooms for boys and girls.

The architects say CGS has approval to construct a new pontoon at the lake’s edge to help with boat launch and landing.

Storage is needed for expanding the fleet for an increase in rowing numbers as the co-educational offering becomes more widely undertaken.

The existing shed has a small gym used for wet-weather training, preparation, and general fitness equipment. The new building will aim to improve on these provisions.

An office is required for staff employed to manage and maintain the rowing program and a kitchenette for staff and students.

Dinghys and fuel for outboard motors will be stored in the new shed which will include a workshop and tools necessary to maintain the fleet, do minor repairs and avoid unnecessary boat transfers.