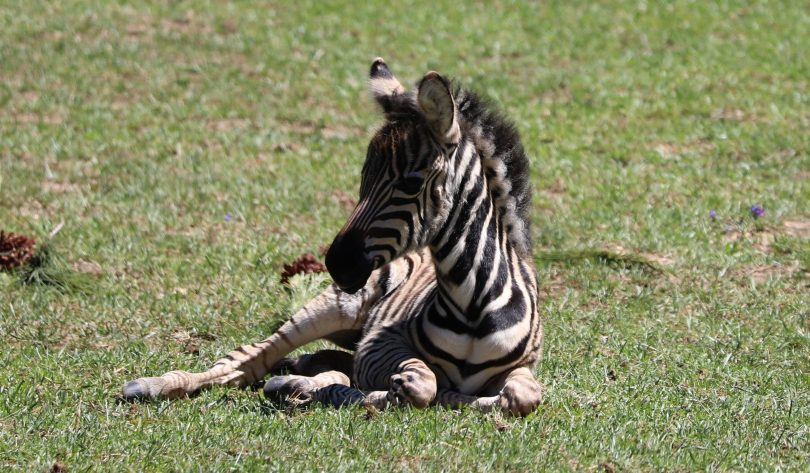 The adorable newborn zebra foal. All photos supplied by the National Zoo & Aquarium.

What’s black and white and cute all over? The new female zebra foal now on display for her adoring public at the National Zoo & Aquarium.

Wearing her permanent striped pyjamas, the sweet baby is finding her feet in her home at the zoo’s new Open Range section.

She was born to mum Kike and dad Tambo on November 2 – just five days before the Melbourne Cup. While she didn’t get her racing stripes this year, the newborn foal was standing within a matter of minutes of her birth and quickly running around like an up and coming champion.

The zebra foal is as yet unnamed as the keepers are waiting to get to know her personality first.

Initially, a shy little foal who liked to hide at the back of the enclosure with her mother, she is now starting to hit her straps and confidently traverses the viewing area to the delight of zoo guests. 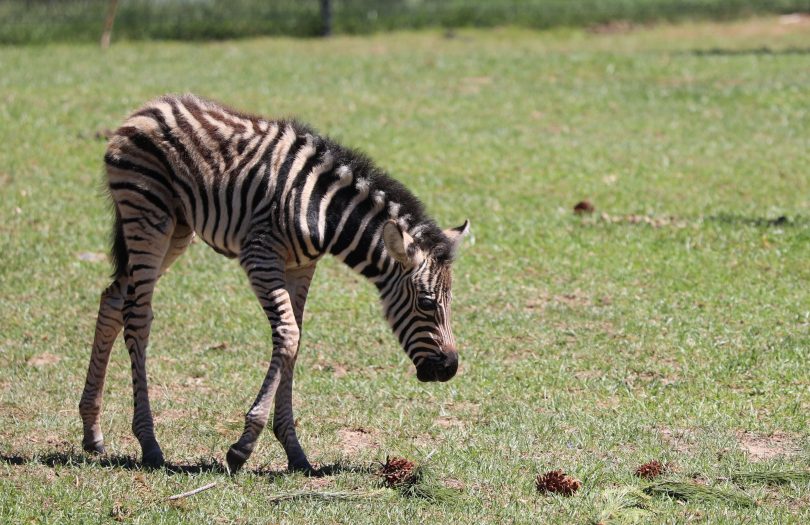 The foal is now around two weeks of age but weighs in at around 50 kilograms – a big baby by anyone’s standards.

“It’s wonderful to see a new foal in our herd of zebra,” said the zoo’s operations manager, Renee Osterloh.

“Kike is a great mum and guests will see that she is never far away from her foal.

We’ve had huge success with breeding here at the zoo and we’re proud to be contributing towards the plains zebra regional programme,” Ms Osterloh said.

“Although plains zebra are considered the most widespread zebra in Africa, sadly they still face many threats in the wild, such as habitat loss, hunting, and competition with livestock.” 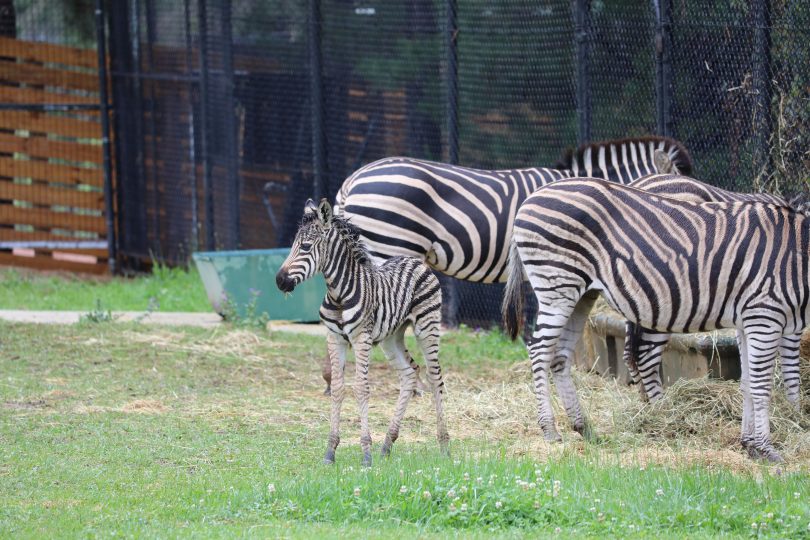 As well as sharing the Open Range with her mum and dad, the new foal also has another mother figure in her herd – a breeding female named Zahra.

The zoo has raised around 20 foals over the years but the latest arrival currently gets star baby billing all on her own – with zoo guests loving the chance to admire her beautiful lines as she learns to walk on her wobbly legs.

Mum Kike has actually been preparing for this baby for some time, with the gestation period for zebras being 12-13 months. In the first few days, only the mother interacts with the foal, but after this period she will allow other herd members to join in.

Canberra zoo’s new foal will be hanging around her mum for a long time, with zebra foals normally suckling for up to 16 months, although they will also try out some more solid food.

Zebras tend to communicate using facial expressions, body movements, and sounds, such as a braying bark. 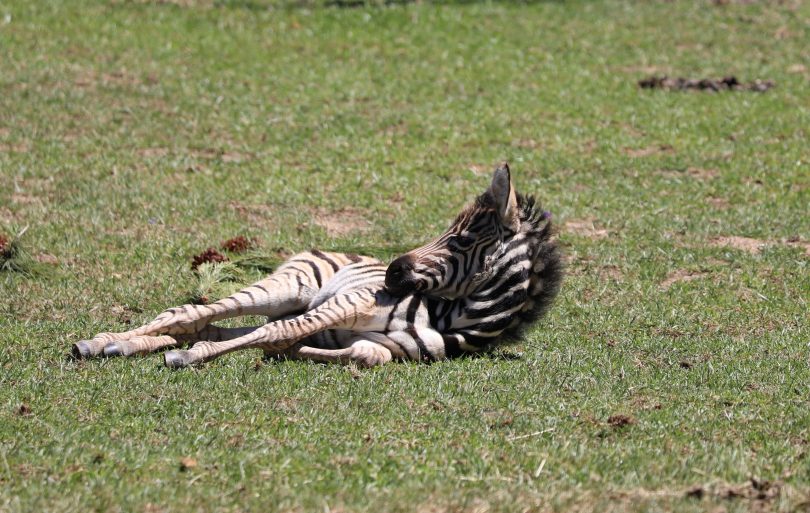 Another fun fact is that those lovely black stripes are vertical on the body, but become horizontal on the hindquarters.

Apparently, there are various theories about the function of a zebra’s stripes, including dazzling predators and temperature regulation. However, the most likely theory appears to be that they serve a social function in terms of stimulating group cohesion and grooming behaviour.

Do you have any suggestions for the new zebra foal’s name? Let us know your thoughts by commenting below.