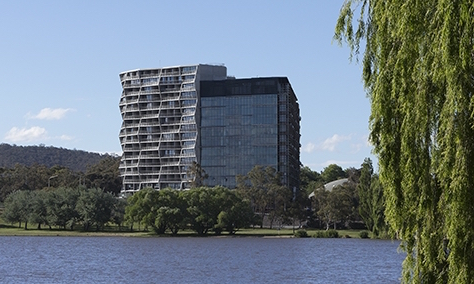 The Planning Institute of Australia has awarded its Great Place Award to the NewActon precinct as part of the ACT 2015 Awards for Planning Excellence.

The institute’s judges praised NewActon’s strong sense of identity in what was once a disconnected development.

Speaking at the awards on Wednesday night, the institute’s ACT President, Michael Jollon said “NewActon is a brilliant example of leading-edge delivery of high-quality design in Canberra. It represents the coming-of-age of our city’s urban environment as we enter our second century.”

Last year, there was no Great Place Award as part of the ACT Awards; however, in 2014, spaces that received the award included: NSW’s Bankstown Library and Knowledge Centre and QLD’s Jezzine Barracks in Townsville.

The award adds to an already impressive haul of local, national and international wins for the NewActon precinct.

Rob Fielding - 29 seconds ago
Melissa Henry that’s why I don’t Donate Charity’s are the Biggest scammers going Donate $1 take out administrative fees... View
Ian E Wheeler - 53 minutes ago
Thank you for your donation. It has helped me after I lost everything. Amount received *might* have paid for something like t... View
Trish Roberts - 56 minutes ago
This is appalling. They aren’t trying to game the system. They are simply 2 people in a family relationship who need a home... View
Lifestyle 84

Robert Lang - 55 minutes ago
Kirsty Noad I work in the trauma operating theatre of Canberra Hospital. I have not seen any scooter injuries. I see major tr... View
Robert Lang - 57 minutes ago
I too gave a hearing disability. I stand to the left of all shared paths. No problem. View
Robert Lang - 58 minutes ago
Cheryl Thuillier yep, and let’s make car drivers wear helmets too. After all, car crashes are the number one cause of head... View
News 4

Anthony Stewart - 58 minutes ago
Really 104.7 is no surprise I turned off after a month of the ‘new’ breakfast DJ when they started View
Guy Noble - 2 hours ago
Tom Adam I dont think he and Bec have done anything to promote themselves lol View
Tom Adam - 2 hours ago
Happy to use this to negotiate a better radio advertising rate. View
News 4

Stas Idowu - 1 hour ago
EL2s beware View
ChrisinTurner - 1 hour ago
I hope the panel addresses the problem of attracting technical specialists like engineers and certain IT people. The current... View
Matthew Davies - 3 hours ago
Funny how work level assessments always seem to favour the kinds of skills that are required to work in a Human Resources dep... View
Sport 1

@The_RiotACT @The_RiotACT
Belinda Nunn has been lauded for her dedication to her seven children and the community, but now her family faces homelessness as they join the long queue for public housing https://t.co/sZq5Z0XRNE (14 minutes ago)