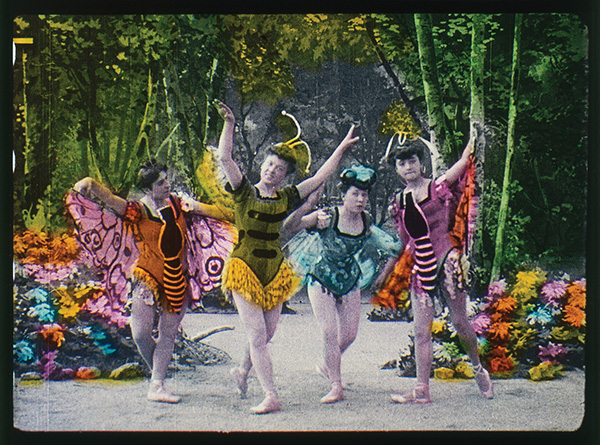 If you’re attending Folkie this year you may like to attend to some screenings from the National Film and Sound Archive.

A special film-screening with live musical accompaniment, the 13th awarding of the National Folk Recording Award, more versions, hopefully, of Canberra’s Calling to You, and a retrospective by the iconic Canberra songsmith, Fred Smith, of his two NFSA award-winning albums.

These will be the highlights as the National Film and Sound Archive (NFSA), and its incredible collection of Australia’s audiovisual history, again features strongly at this year’s National Folk Festival, held in Canberra over the Easter weekend.

. The special screening, Saturday 3pm, will feature eight films from the amazing Corrick Collection. The Corrick Collection is a treasure trove of 130 films made between 1900-1914. They were collected by the Corrick Family Entertainers, a troupe of performers who toured the Australian variety circuit from 1897. Produced in Europe, America, and with a number actually filmed by the Corricks themselves in Australia, the films present fantasy, travel, drama, comedy and special effects.

The screening of the rare films will have a live piano accompaniment by silent film specialist Elaine Loebenstein.

And I thought HR Pufnstuf was psychedelic. This looks wonderful.

Shaun Hazell - 5 hours ago
Its the most evil way of killing creatures and should be outlawed as it is most countries. View
Cary Elliot Johnson - 19 hours ago
Chele Forest lol. It’s banned in every other Country because every other Country doesn’t have native Australian animals o... View
Cary Elliot Johnson - 19 hours ago
Missy Jangles you do know where the poison is derived from and why it was chosen don’t you? View
News 54

Jake Winters - 8 hours ago
Ana Martinez enjoy mother x View
Nicole Thomson - 13 hours ago
Becky Cormack if it’s In a format for a random person to engage with (which it Isn’t) Plus schools are indicating it will... View
Natalee Gersbach - 13 hours ago
If only we had NBN, working from home and kids schooling from home might not be such a huge issue. Almost our entire suburb h... View
Food & Wine 3

OldMan Wyatt - 12 hours ago
I have always preferred chocolate rather than seafood at Easter View
FishCo Fish Market - 13 hours ago
Thank you for your lovely feedback. Anna truly loves what she does and this will mean a lot to her. :)... View
Michelle Littlewood - 16 hours ago
FishCo Fish Market Thank you for your fantastic service and exceptional seafood. Anna was wonderful when placing my order, an... View
News 32

Sair Rah - 16 hours ago
Nobody has asked me what set up we have in place with two primary school kids at home. My original email requesting a loan de... View
News 5

jima - 23 hours ago
Could have told you this sort of thing would happen when it was sold 20yrs ago. Privatisation at its best. View
show more show less
*Results are based on activity within last 7 days

@The_RiotACT @The_RiotACT
Canberra's sports stars are getting closer to their fans despite social isolation https://t.co/LYSLl7ZwXr (22 minutes ago)

@The_RiotACT @The_RiotACT
With empty shelves, panic buying and stressed customers, how are Canberra’s supermarket workers coping with the COVID-19 crisis? https://t.co/cf17uw7t3t (10 hours ago)