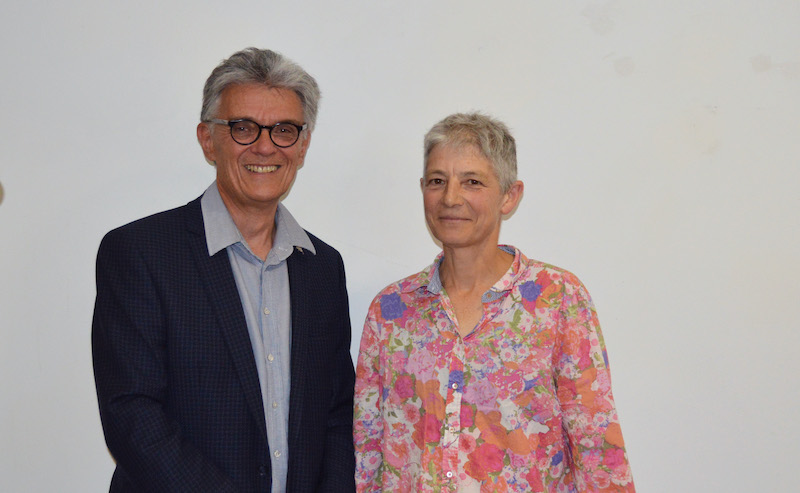 Haynes joined more than 800 sketches on a stop motion animation to create Mad Walk, to win M16’s drawing prize for the second time. The previous prize-winning entry in 2017 was of a similar genre and subsequently featured in the National Gallery of Australia’s exhibition Performing Drawing.

Haynes has a studio at heritage arts centre Gorman House where she innovates and experiments. Basing her animated drawings on video, she has been working with some of the dancers at Gorman House. Rather than capturing their beautiful movements, she sought awkward movements, videoing them and then drawing from the frames.https://the-riotact.com/wp-admin/upload.php

“As an artist, you spend quite a lot of time doing peculiar things. You don’t really know if it is art or fiddling around in your studio, so it is good to be recognised, it is encouraging,” she says. “Being a visual artist is quite a hard road, really. I keep a studio, I work part-time and I spend a lot of time working on my art practice not really because you want to make it big or anything like that. It is like an obsessive, compulsive disorder really, I think,” she says with a slight chuckle. “It is affirming to know other people appreciate what you are doing and you are not just doing it for yourself, I guess.”

M16 exhibitions and promotions coordinator Frances Spurgin said the drawing prize attracted 160 entries, from which judges Corina Harris and Neil Hobbs chose 21 finalists and all but one of the winners, the People’s Choice.

“About the only rule is they are not framed work,” Ms Spurgin says. “So people push the boundaries of what they define as drawings. We get beautiful, fine sketches, super-detailed abstract work, a mix of media, sculptural work as two dimensional, it is a push of the concept of what drawing can be,” Ms Spurgin says. 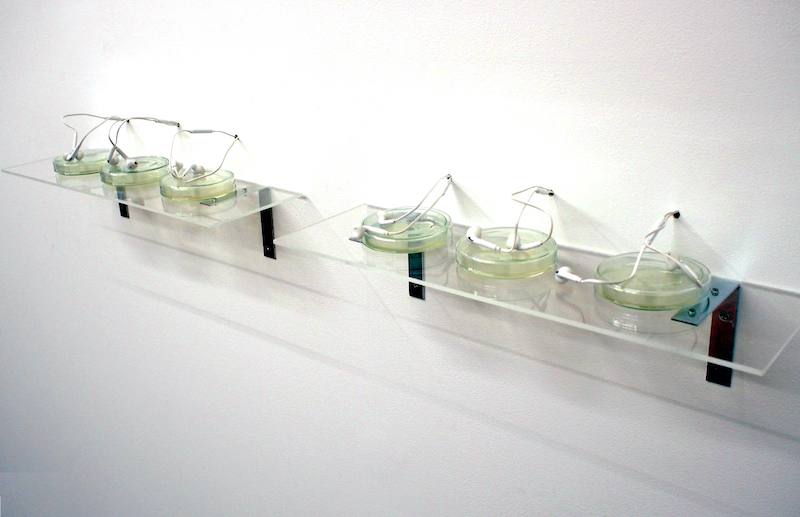 Carolyn Craig’s sound loops, bacteria, petrie dishes which sit on two shelves titled bacteria nervosa, won the $500 Delta Cleaning Services prize. Andrea Wilson’s charcoal on paper CBD Gothic won the $500 Framing Store Braddon prize.The 21 finalists now on exhibition at M16 at Griffith are sure to excite their viewers. Ms Spurgin says such an open definition of what drawing is often sparks a heated discussion between many of the exhibition visitors about what drawing is. Consequently, M16 this year is sponsoring the $1000 People’s Choice award. People can come in and vote for their favourite entry and the winner will be announced on 11 December, just before the exhibition closes.

The competition is one aspect of M16’s extensive contribution which enriches Canberra’s artistic community. “I think we really don’t discriminate in the artists we support,” Ms Spurgin says. “We just open our door to them and they can come and just make art. That is probably our biggest effect that we have on the Canberra community. We touch so many different artists in their careers, of where they are at.”

M16 will finish 2019 with a pop-up exhibition, ‘Welcome to Leopard Beach’ on 18 December, by Queanbeyan’s fast-rising author, rapper and poet Omar Musa. Musa’s range of artistic mediums will include his poetry and music.

Steve Brinkman - 39 minutes ago
Margaret Freemantle she cant View
Jennifer Fraser-Brown - 12 hours ago
Yep try the Pfizer one - the rate of anaphylaxis caused by the Pfizer vaccine is higher than the rate of thrombocytopenia fro... View
News 5

Vander Leal - 5 hours ago
You had spread city centres with departments and buildings, but that was way too boring, so you ask to put down the old build... View
Andrea Mya Riboust - 9 hours ago
Material for a Utopia episode 😄 View
Shawn Mulgrue - 10 hours ago
I’m glad I work for a small federal government department! View
News 30

Roger Beale’s brush with past masters