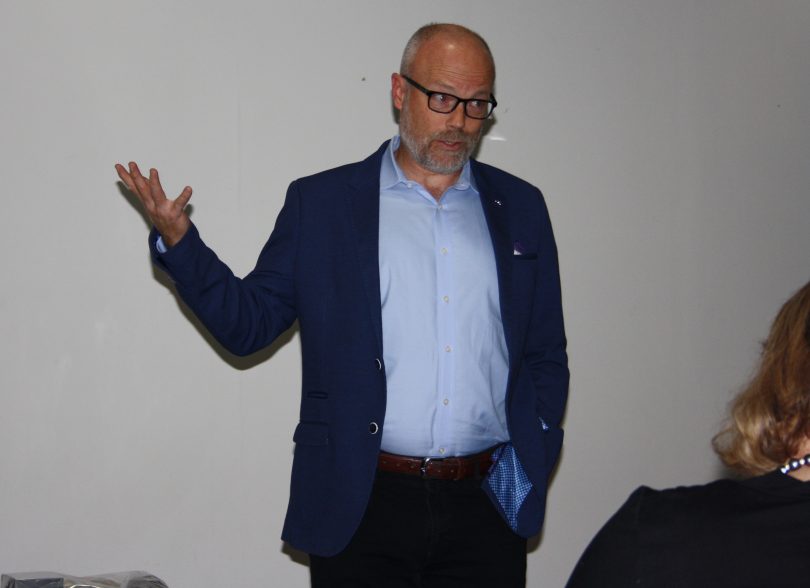 Former head of the Australian Cyber Security Centre at the Australian Signals Directorate Alastair MacGibbon believes that no online system is 100 per cent secure, even government sites. Rather, while they are generally secure, they all come with an ‘asterisk’ because of the high levels of cybercrime.

Mr MacGibbon, who resigned his government post just before the Federal election in May to return to the private sector, was speaking at the Goulburn Country Women’s Association Evening Branch dinner to address concerns about online safety.

Despite the dangers from domestic and international cybercriminals, Australia was recognized for its leadership in cyber safety.

Mr MacGibbon has worked extensively for the Australian Government and in private enterprise. He’s been a special adviser on cybersecurity to former Prime Minister Malcolm Turnbull and, before that, a long-serving agent with the Australian Federal Police working to prevent hacking of government systems.

Mr MacGibbon has also worked for digital companies, including Dimension Data and eBay – a high-level career in cybersecurity spanning some 20 years.

“Most technology is good. I’ve spent 20 years dealing with the bad stuff though…Our data is what they [cybercriminals] make money from, as are organizations like Facebook and Twitter,” Mr MacGibbon said.

“As technology becomes more mobile, personal information can be collected,” he said. Mobile technology can include wearable technology, for example.

He cautioned on the level of sharing amongst young people. “Our kids have grown up sharing. We grew up not sharing. Technology has become their life. They can be bullied and harassed online and there’s a high probability that some young people are sharing [private] images.

“Unfortunately, what gets written online stays there as an indelible mark on them.”

Online and phone scams were targeting the vulnerable and he warned on the common ones. “Someone calls from overseas rings a couple of times and then hangs up. It’s a premium call. Never just dial them back because these are scammers and the telco makes money because it’s a premium call. 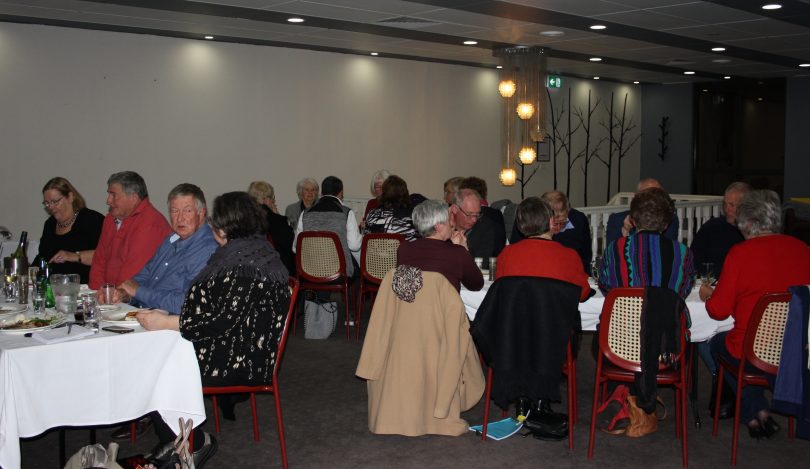 “Another common one is [scammers] pretending to be from Microsoft and telling you something is wrong with your computer. Our phone numbers are out there…they give you a website to go to and get you to grant them remote access. By giving them access, you’ve given them access to your computer and they then steal your bank account information, your address book… these criminals are like kleptomaniacs.

“They’ll keep access to these computers and then point them at government systems. Then there are the credit card email scams, financial investment, and romantic scams.

“If you doubt something, trust your gut. That will protect you.”

Cybercriminals don’t care how ridiculous their scam looks because it’s ‘a numbers game’. “It’s a sad reality of what the world has become.”

However, staying well informed and not falling for any request that might come over the telephone or email, and protecting your personal information were good steps. Making sure you have a complex password would also minimize risk from computer hacks.

Keeping your computers updated was critical. “The vast majority of hacks comes from people who haven’t updated their systems. Set your device to automatic update…remembering that your phone is also a stripped-down computer.

The bottom line though? There is a dark web of thriving criminal activity trading our information. “No-one can say this system is 100 per cent secure. The internet is not a bad place, you just have to have your wits about you.”

You can find out more about the Goulburn CWA Evening Branch here.

Paul Morshead - 15 minutes ago
Graeme McLennan you finally made a “list” View
Troy Scott - 1 hour ago
I think I will boogs I was pretty good at it at 7 View
Steve Hugler - 4 hours ago
Troy Scott there’s still time for you to make a shot put comeback mate. 3 years and you could be at the Olympics!... View
Community 37

Coral Alexander - 26 minutes ago
Charlotte Ellen yuuus as if you could miss it. Paola Leon you in?... View
Caroline Le Couteur - 2 hours ago
Please don't release a heap of plastic rubbish. We have enough problems.... View
Tracy Parker - 3 hours ago
Perth do a duck derby every year where around 15000 are released, they re use them and collect them all at the end of the eve... View
Sport 19

Dave Horsley - 28 minutes ago
How would a club like Penrith convince quality players to travel 6+ hours every week plus training when they could just join... View
Sione Nonehh Taufui - 47 minutes ago
Sione Taufui ouaaa 😂😂😂 party party... View
News 238

Lucy Doan - 29 minutes ago
Pls plant trees like those in inner North or inner South, do not convert new suburbs into Belconnen-style please! View
Jarrad Job - 3 hours ago
Doug Hovi Have to replace all the trees they cut down to make room for all the solar farms in the future🤣... View
Robert Woodrow - 3 hours ago
Tahlia Bruce or possibly not .... View
Lifestyle 30

kenbehrens - 2 hours ago
Vaccines offer protection against severe infection and in most cases, death. It doesn't prevent people contracting Covid, get... View
kenbehrens - 3 hours ago
Sam, With respect, you appear to be poorly informed. Flu typically kills the elderly or those with health conditions. It is a... View
JC - 3 hours ago
Not going to disagree. Facts and politics don’t mix. Regardless I would still trust what comes out of Andrew Barr’s mouth... View
News 19