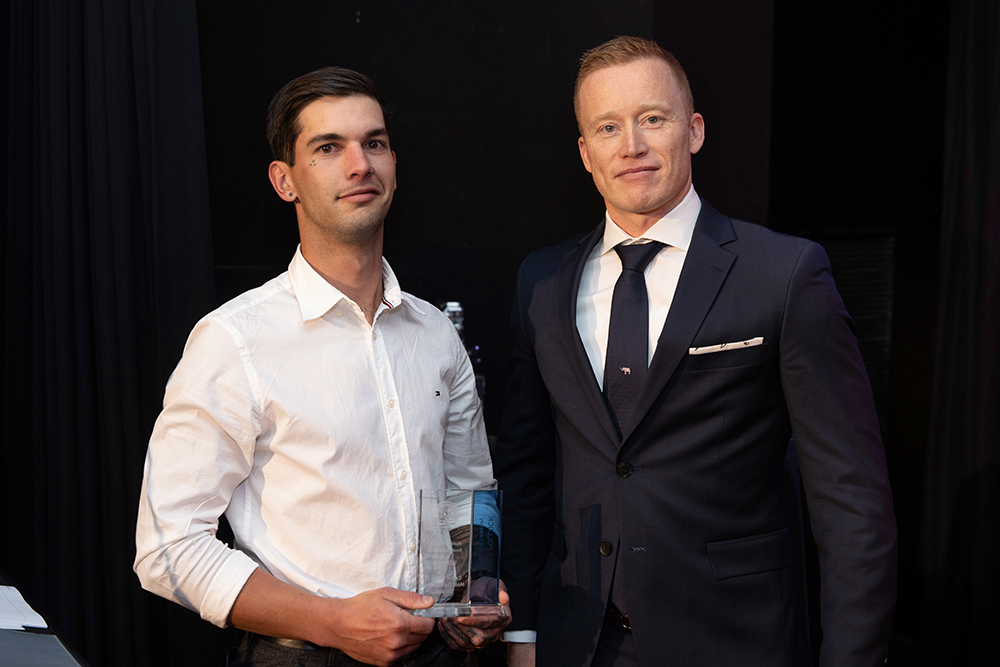 MPA CEO Claire Howe said it was a night for celebration and reflection on the contribution of an industry that hadn’t “skipped a beat in the face of extraordinary challenges over the past couple of years”.

“The industry across our region is worth on the way to $1 billion each year, trains 600 apprentices across Cert III and post-trade, and is supported by hundreds of plumbing companies and thousands of individual plumbing licensees,” she said.

Greeney and Sweeney’s James (Jimmy) Pollock, who left his Sunshine Coast home in Queensland for his Batemans Bay apprenticeship, took home the Ernie Dearing Most Outstanding Cert III Apprentice of the Year.

He said good management and the opportunity to tap into his strengths and interests were critical factors in his job satisfaction.

“I’ve heard some horror stories of people who took on apprenticeships in bad work environments and absolutely hated it,” he said.

“The bloke I work for, he’s a good boss – otherwise I wouldn’t still be here – but he’s also just a good bloke and creates a positive work environment.

“I also love the problem-solving aspect. I’m a maintenance plumber, so I’m the guy you call when you have a blocked drain or some other issue with your plumbing. I enjoy the challenge of troubleshooting and working that out.” 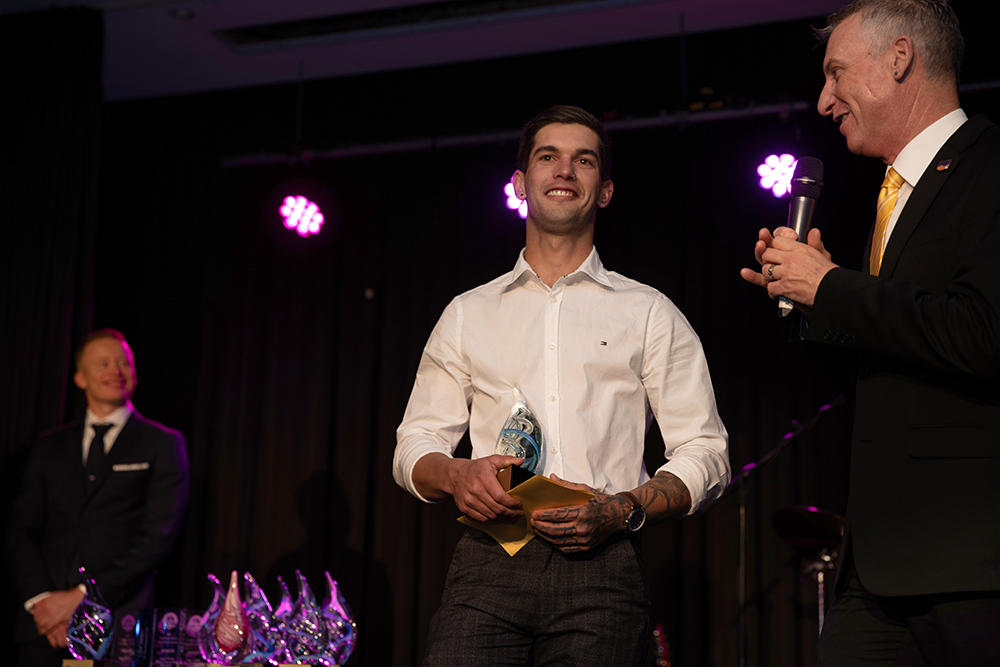 Jimmy Pollock moved from the Sunshine Coast to Batemans Bay to take on his apprenticeship. Photo: MPA.

Among more than 400 apprentices, Axis Plumbing’s Zali Marshall was selected for the Colin Mills Most Hard Working Student of the Year.

The third year apprentice arrived in the role via an Australian Training Company women in trades program.

She said while women remained in the minority for trades, things were changing.

“I’m seeing a lot more women in the industry this year compared to the first year of my apprenticeships, which is awesome,” Zali said.

“I think women are just starting to realise you don’t have to be a certain type of girl to work in a trade – you just have the right attitude, to be ready to give everything a go.” 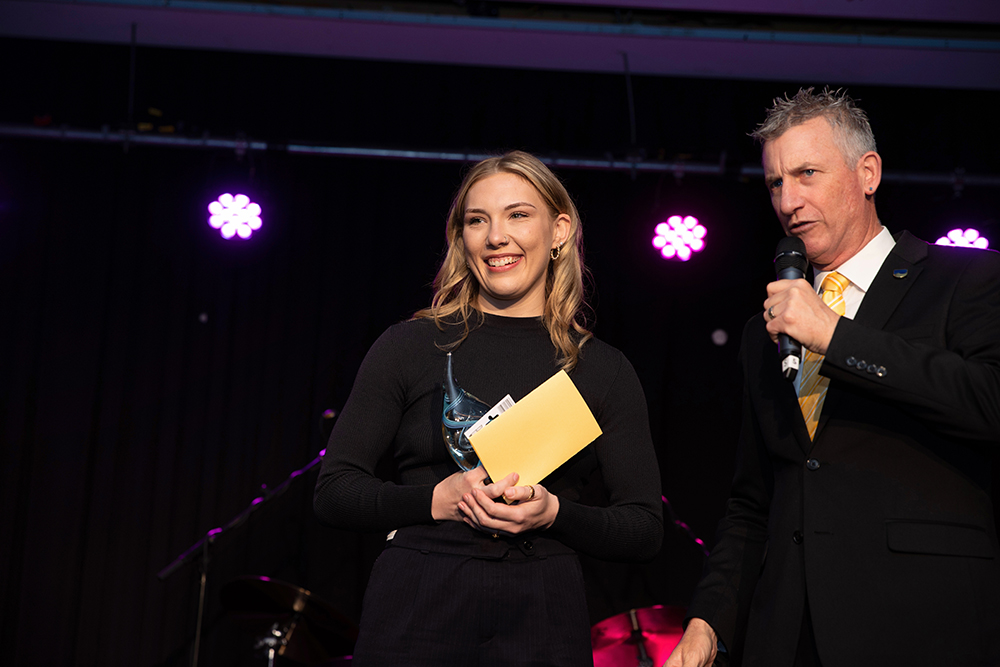 Axis Plumbing’s Zali Marshall was selected as the Colin Mills Most Hard Working Student of the Year. Photo: MPA.

The celebration followed the MPA’s submission raising a number of concerns over the ACT Government’s move to 100 per cent electrification.

While 100 per cent supportive of a transition to zero emissions, the MPA strongly cautioned the government against “any premature decision to permanently shut down the ACT’s extensive gas network, which would remove any chance of a potentially more cost-effective and environmentally-friendly green gas future”.

It recommended a funding package enabling MPA to support government, industry and consumers through the transition, urged consultation and requested detailed modelling for the transition across “all disadvantaged groups, including existing and future apartment owners and residents”. 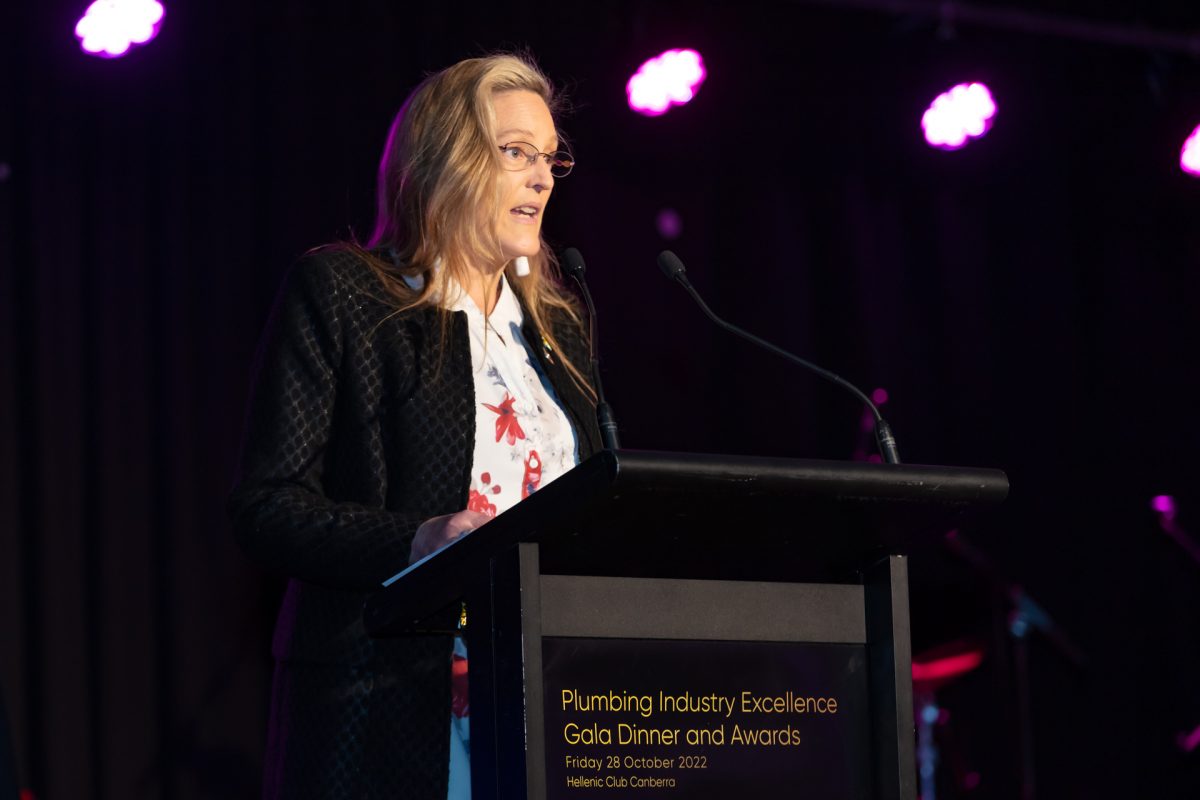 Claire Howe says the industry “hasn’t skipped a beat” despite the challenges of the past few years. Photo: Thomas Lucraft.

MPA ACT president Jason Tait said the government’s plans were “somewhat untested” and the association’s primary concern was the potential unintended consequences, such as an impact on consumers.

“To be clear, we think the net zero goal is admirable,” he said.

“However, making a dramatic shift towards electrification will exacerbate problems in industries already pressured by skills shortages.

“We’re concerned about the impact that will have on the customer in terms of cost, wait times, serviceability and we’re not convinced the government has contingency in place.

“We want to be sure the government has fully considered all possibilities before pulling the trigger.”

The winner of the Master Plumbers of ACT 2022 awards:

READ ALSO The best plumbers in Canberra according to Riotact readers 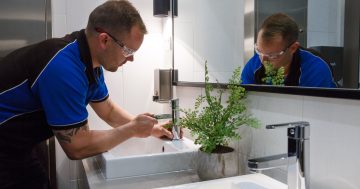