Northbourne tree cull ramps up due to safety concerns 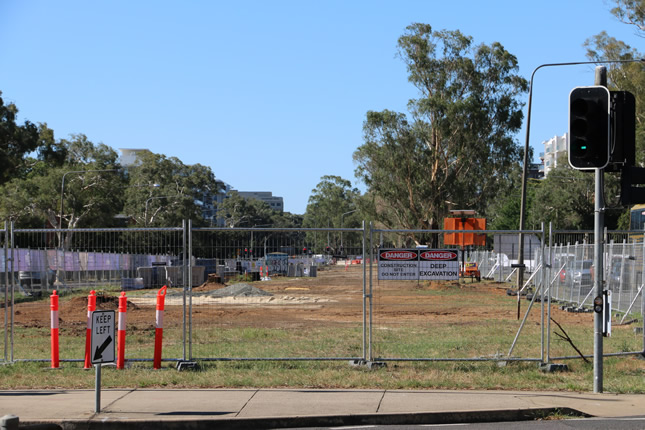 The ACT Government will bring forward the final stage of tree removal along the Northbourne Avenue light rail corridor to March due to concerns about the safety of workers, motorists and pedestrians in the area.

Tree felling had been scheduled to occur in three phases, with stage two being completed at the end of February and stage three to occur later in the year, but Minister for Transport and City Services Meegan Fitzharris said new safety checks of the trees had led to an acceleration of the program.

“Recent damage sustained from storms and the deteriorating health of a number of remaining trees has led to the decision to accelerate the final phase of tree removals,” Ms Fitzharris said.

“Arborists have discovered rot and fungal infestations in a number of the already felled trees.

“Other uprooted trees have had smaller and shallower root balls than expected, which has also contributed to the decision to bring the final stage of the removal process forward.”

The Minister said safety was paramount, which was why the final phase of tree removal would now be carried out over the next six weeks.

The Chief Executive of the National Capital Authority, Malcolm Snow, said that the NCA had also conducted an expert review of the remaining trees in the Northbourne Avenue median in early February.

“The review found that based on the poor condition of the trees and the construction activity around them, we agreed with the recommendation they should be removed,” Mr Snow said.

“The safety of workers and the general public must always be of the highest priority in undertaking construction works in our city.”

The government is continuing to explore options for the reuse of removed trees, including as new habitat for animals in nature reserves and local wetlands, and re-snagging in parts of the Murrumbidgee River to encourage biodiversity.

“There are a lot of exciting opportunities we’re exploring for the reuse of these trees,” Ms Fitzharris said.

“A tree replacement strategy has also been developed, with the planting of over 1,000 new trees to start in the late spring or early summer period later this year, pending the finalisation of the landscape design.

“I would like to thank the community for their patience and understanding during this important part of the light rail project,” Ms Fitzharris concluded.

More information on the tree removal program, including an update on the stages of works can be found on the Transport Canberra website at www.transport.act.gov.au

“deteriorating health of a number of remaining trees”
Seems odd to issue a press statement when not asked for one.

Press releases are released unbidden all the time and this is a prominent project in full public view. Why would it be odd?

The real reason for tree removel is the tram. It seems highly unlikely that trees that survive for years suddenly become dangerous during construction.

Did you actually read the article? Arborists have found a lot of rot, smaller root balls, and the storm damaged several. Multiple came down during the storm and between the poor health of the remaining trees, and the trees that have already been cut no longer providing collective shelter to the less healthy than expected remainder the remainder will be cut for safety reasons. You seem to be skeptical of the explanation for no apparent cause – other than light rail therefore must be bad I guess.

“deteriorating health of a number of remaining trees”
0 is a number.

Seems odd to issue a press statement when not asked for one.
The real reason for tree removel is the tram. It seems highly unlikely that trees that survive for years suddenly become dangerous during construction.

To top it off they are going to replant later this year before construction is finished. How many people replant their garden before finishing their house construction?