Not 'if' but 'when' for Canberra's A-league team 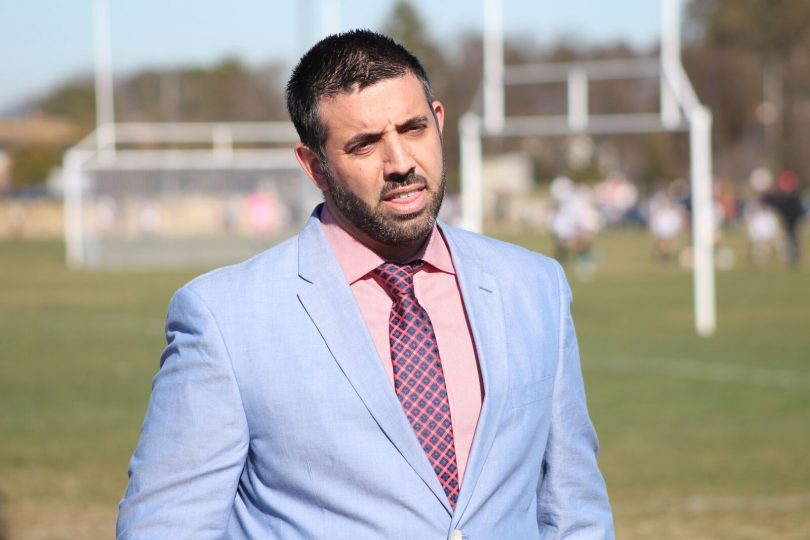 Michael Caggiano said the bid team was disappointed but there is cause for optimism. File Photo.

It is hard to move on from heartbreak, but that is what Canberra’s A-league bid team must do.

Football Federation Australia announced on Thursday afternoon (13 December) the Western Melbourne Group will join the A-League next season and Macarthur-South West Sydney will follow for the 2020-21 season, shattering football fans across the Canberra region.

But there is a glimmer of hope for Canberra’s A-league bid after FFA labelled Canberra as an “attractive opportunity” for potential further expansion but did not elaborate on any plans for adding more teams to the A-League in the near future.

FFA chairman Chris Nikou said today was the first step in a new phase of growth for Australian football and earmarked Canberra as a future region to expand into.

“Our work on expanding the Hyundai A-League does not stop here. This is the start of a journey which will see our competition grow beyond 12 teams in the future,” Mr Nikou said.

LIVE with Canberra’s A-league bid team as they respond to FFA’s announcement of the two successful A-league bids.

“I wish to acknowledge the strength of all bids, including those that were unsuccessful on this occasion. The expansion process has been long and extensive, with many passionate football people pouring every effort into their bid proposal.

“We look forward to continuing discussions with unsuccessful bidders for future phases of expansion. In particular, we acknowledge on this occasion that a license has not been granted to the Canberra region. We do, however, continue to view Canberra as an attractive opportunity for potential future expansion.”

Bid leader Michael Caggiano said the bid team would have an active discussion with the FFA as early as next week to bring Canberra into the A-league.

“We are starting a conversation from next week, that is how soon the FFA have indicated to us that they want to continue the conversation,” Caggiano said. “That is a marker to what we brought to the table and how quickly they want to entertain having Canberra in the league.

“I don’t think you can put a year on it because it could be sooner or it could be later. It is no longer a bidding process anymore for us and we are not going to rebid. It’s about how we work together to get Canberra into the A-league.

Caggiano was still adamant this was the best bid that Canberra could hope for and said the only thing the bid was missing was time.

“A plus in our column was infrastructure. You look at the AIS campus and you look at GIO Stadium and they are world-leading facilities,” he said.

“We had international visitors who came to visit us and check out the AIS facilities and one of the comments from the gentleman who visited said ‘EPL teams would die for this’. It is an elite setup that is ready to go.

“We were not weak financially. My own personal point of view is that the only thing we were short on was time.”

Great effort … getting there…just get a bigger regional engagement going…

Dream on. Canberra is always first on the list to be admitted but only until there needs to be a decision on admission. Then the FFA shows its true colours.

As I see it Canberra was missing 3 things
1- Rogic to say that he would like to play with them one day.
2- some mystery backer with 700 million to build a football only stadium.
3- #wengerin.

They actually did have a mystery backer who who had ownership of sports teams in Europe and the USA. But thats all they’d say. The two bids they picked were probably the best in sydney and Melbourne also. Surely they kick out Wellington and add Canberra in a few years. Wellington is smaller than Canberra and struggling and its difficult to see how it adds anything to the A-League, other than the fact its trendy to have NZ teams in your comp.

Isn’t that what they said last time?

Translation: We know we weren’t picked because Foxtel didn’t want us, but the FFA have promised us the next slot, scouts honour!