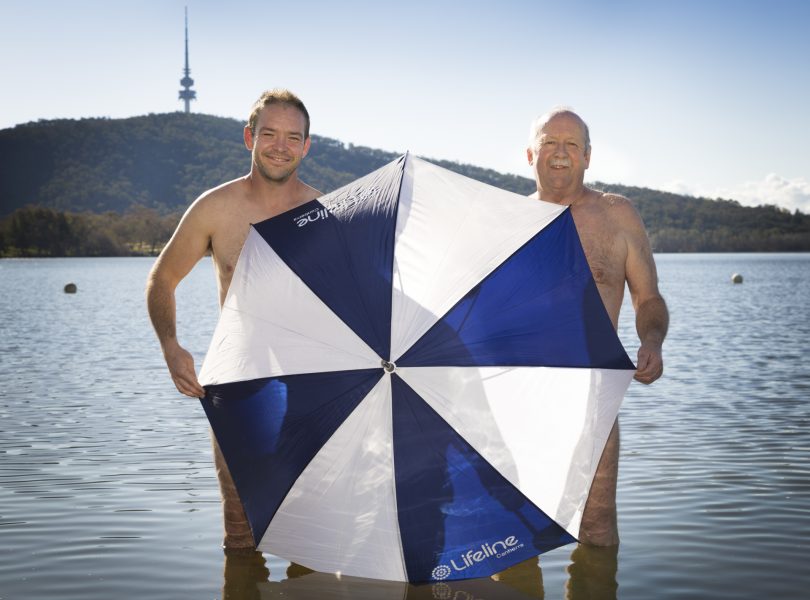 The annual Winter Solstice Nude Charity Swim will be swum this year on 21 June as planned, but founder Ian Lindeman was worried it wouldn’t – and that was before COVID-19, an event he didn’t live to see.

Chairperson of the now-named Ian Lindeman Memorial Nude Charity Swim, Ben Johnston, spoke to Ian a week before his death in November last year and assured him it would most definitely still go ahead.

“Tragically, Ian Lindeman, the founder of the swim, passed away late last year, so we really wanted to continue his excellent work despite the tough coronavirus conditions,” Mr Johnston said.

More than 170 people took part in the swim last year and expectations were that the numbers would double this year. That won’t happen.

The coronavirus pandemic means that only two swimmers can take part this year, but they will represent a community that uses the event to wash away negativity and feel a sense of renewal for the new solar year by getting nude and swimming in the freezing waters.

In launching the swim, Mr Johnston and Lifeline CEO Carrie Leeson told Region Media that with the blessing of Ian’s wife Gwenda, this year’s event will still allow people to connect with the event by donating to Lifeline Canberra’s Crisis Support Service.

Mr Johnston said there has never been a more important time to raise awareness and funds for mental health.

“Due to coronavirus, demand for mental health assistance has increased substantially and we want to do everything we can to support them to help those in need,” he said.

More than $30,000 was raised from last year’s Winter Solstice swim, which began in 2017 to raise money for charities that assist people with mental health issues.

One of Ian’s sons, Evan ‘Ev’ Lindeman died in February 2018, aged 34, when he took his own life. Ian’s other son Rohan will swim this year in memory of his father and brother, and many others who have battled to maintain a healthy mind. 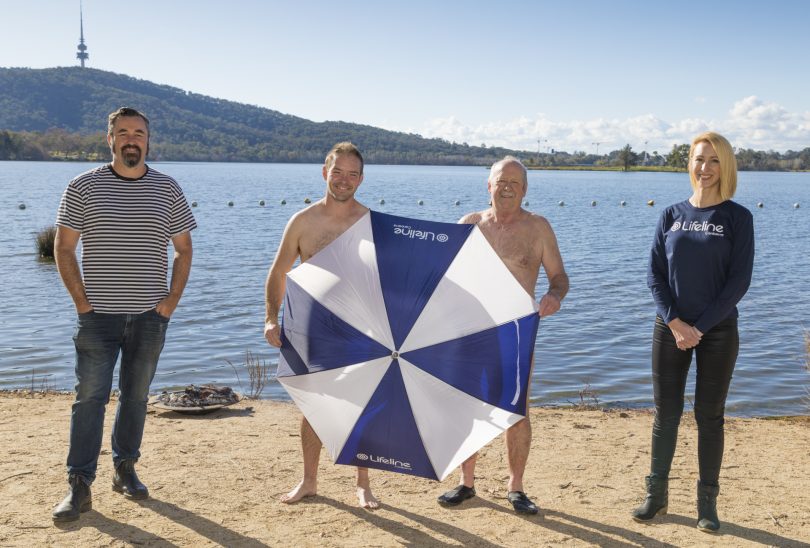 Mr Johnston, who is also the proprietor of the Old Canberra Inn, where Ian loved to socialise, said this year’s event will carry more significance than ever for their mate and mentor.

“Ian rang me a week before his death and the event was on his mind. He said, ‘Ben, I’ll probably be dead next week’,” Mr Johnston said. “That was heartbreaking and I take it very personally, so we just had to find a model that was going to work in the current climate where we can do the swim as a symbolic event and we have the two representatives to take on the community’s state of mind that exists at the moment.

“The whole idea of the swim is that you refresh your soul and get a sense of renewal from washing away the negativity energy as part of the new solar year. We do that in a symbolic way this year but obviously the biggest outcome that Ian wanted for the swim was to raise awareness of mental health, along with all of the stress and heightened anxiety that the community has been feeling.

“Hopefully, this will just encourage more people to get behind the event next year.”

Mr Johnston said while no registrations will be taken for this year’s swim, people can still show their support by donating via the swim’s website.

He said 100 per cent of donations will be paid to Lifeline Canberra, which CEO Carrie Leeson said is invaluable with many of their fundraising activities being curtailed by the coronavirus.

“People need to remember that we are not just a suicide-prevention service. We are here for people regardless of whatever is troubling them, but we are seeing the majority of our calls being related to a heightened level of anxiety and fear that stem from the pandemic,” Ms Leeson said.

This year’s annual Winter Solstice Nude Charity Swim will take place at Yarralumla Beach on Lake Burley Griffin on Sunday, 21 June at 7:12 am, the precise time of the Winter Solstice.

Further information and how people can show their support is on the Winter Solstice Charity Swim website or Facebook page.

CLooey - 42 minutes ago
Yes please, I think this is a great idea to achieve a healthy work and home life balance. Not sure if it’s possible though... View
bikhet - 47 minutes ago
"Pretty sure teachers won't be working a four day week." Why not? They only work part-time now.... View
Steve Hambridge - 1 hour ago
What, *every* week?! View
Opinion 31

May Agnew - 6 hours ago
MOST DEFINITELY -so many homeless -a national DISGRACE -and wealthy developers becoming wealthier still - causing a concrete... View
George Watling - 11 hours ago
A recent OECD review of 300 Urban Planning studies from across the world has demonstrated that increasing the compactness of... View
George Watling - 12 hours ago
This story is not based on evidence or research. Higher density planning policies have been driving up property prices around... View
Community 7

Cold and COVID couldn’t stop nude swimmers getting behind Lifeline

@The_RiotACT @The_RiotACT
Van Gogh has proven once again to be an unbeatable crowd-pleaser in Canberra. And some young local artists were even inspired to create their own Sunflower-inspired masterpieces https://t.co/pdFL3jtLXi (34 minutes ago)