On The Foodie Scene: A Spoon Full Of Canberra 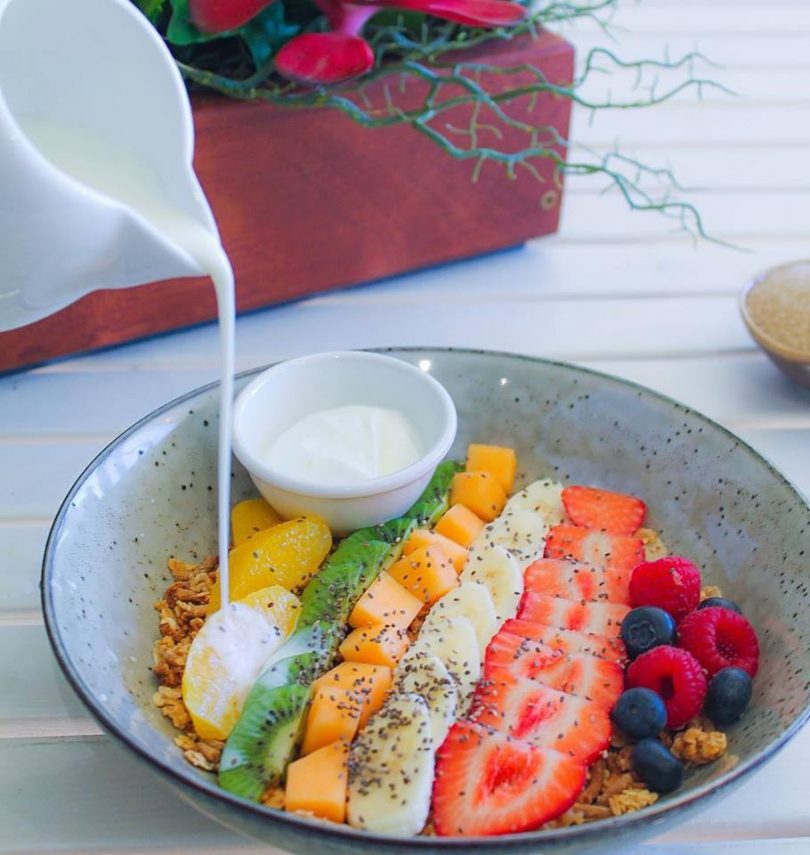 If you’ve ever browsed Instagram to find the next best place to eat in Canberra, then you definitely would have come across a little account called Spoon full of Canberra. Attracting over ten thousand followers already, this little culinary account is owned and operated by Christa, a Canberra girl with a passion for everything food related.

Growing up, Christa wasn’t much of a foodie, with her mum cooking simple dishes from pasta to curry. It wasn’t until Christa turned 15 and started working in hospitality that she suddenly couldn’t help but feel drawn to food.She started taking photos of her culinary experiences in the hope of sharing what she was eating, and places she was visiting with a younger audience. She decided this was a great way to connect with others who loved Canberra as a food destination just as much as she did herself. That’s when she decided to create Spoon full of Canberra.

“I didn’t see this going anywhere and then it grew pretty big pretty quickly. It didn’t take long to get from one thousand to three thousand followers.”

The account itself has grown organically, attracting hundreds of people to Christa’s posts each day. Christa says that her initial inspiration for creating the account was to promote Canberra online, as the foodie scene here has developed dramatically over the last two years. More importantly, she says that food has become a great way to connect with people.

“I love it when I hang out with my friends and we go out to eat something. That’s the same with being a food blogger, the amount of friends I have made through food, through doing this, has been really incredible. I think the connection of where you can go with food and how it brings people together is so important to [what I do].” 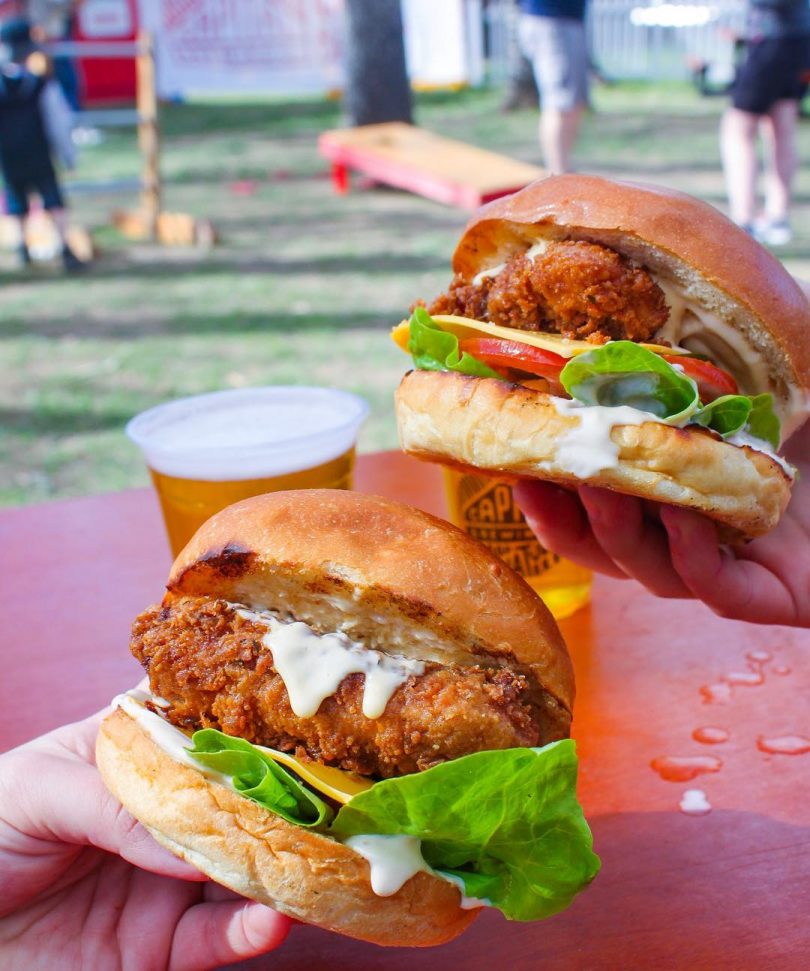 From burgers to ramen, Christa posts about everything and anything. Photo: Spoon full of Canberra

Growing a social media account to promote the food scene in Canberra is one thing, deciding what to post day-to-day is another. But Christa seems to have it all down packed, posting consistently depending on the places she has been, places she was invited to, and even reaching out to her audience to help her create content.

“I have started asking my followers what they want to see more of because I want to try and keep them engaged and entertained and informed about places to go in Canberra. I post where ever I go I guess. Obviously, when there are new places popping up, I am looking into that and seeing where I want to go. I do have a bit of a list but it seems like my list is getting bigger rather than smaller with the amount of places opening in Canberra.”

Indeed, it is no secret that Canberra has slowly become a culinary destination in Australia with the foodie scene ever growing. What surprises Christa the most, is not so much the number of eateries popping up across the Capital, but rather that the culture of food has changed in the place where she grew up.

“The places that are doing really well and have opened recently, and are booming, they just get booked out. You now have to plan ahead because you can’t just be like oh I’m just going to go out to dinner and go to the best restaurant in the city because it’s going to be fully booked. So I’d say that’s something that has changed over the last few years as well as having places open later for dinner which is really good. Having a few places like Akiba and Kokomos and Lazy Su open late is great!” 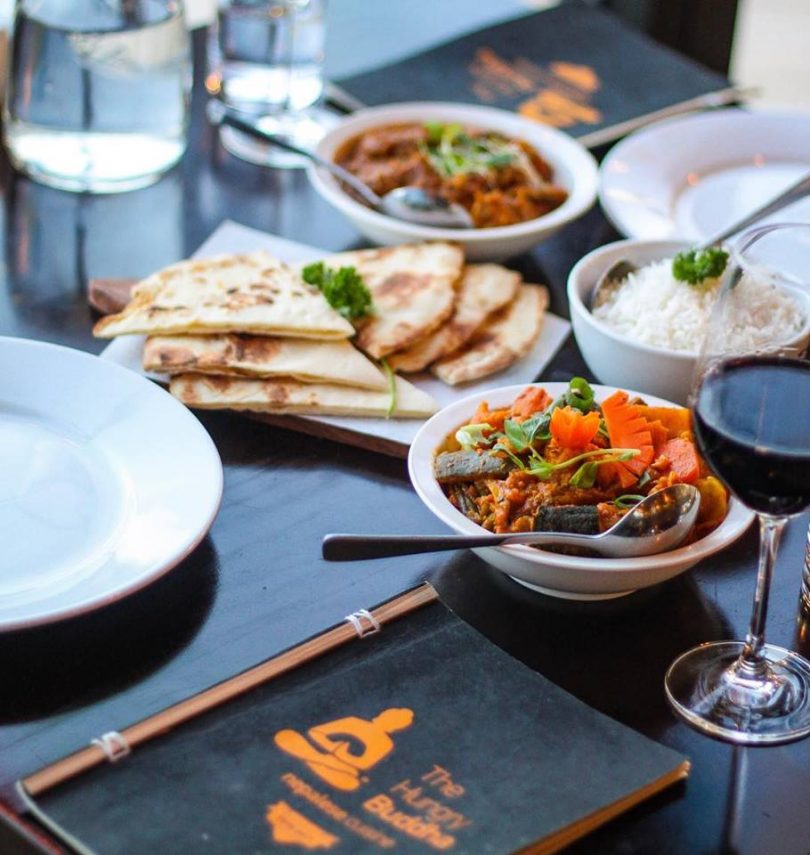 Christa aims to promote all the delicious places in Canberra. Photo: Spoon full of Canberra.

It is the blossoming food scene in Canberra that creates not only a platform for accounts like Spoon full of Canberra but also a necessity. As Christa points out, businesses such as Eat Canberra have brought forth culinary ventures that match the food culture in places like Sydney and Melbourne.

“Eat Canberra has Eat Canberra Food Tours which is huge for Canberra because we’ve never had food tours before! That’s another thing I do on the side, I work for Amelia who is the owner of Eat Canberra and I do the food tours for her, so I’m like a Food Tour guide. It’s so much fun because I get to meet many people and a lot of foodies, and once you start talking about food it’s just hard to stop.”

Food influencers like Christa are therefore part of a culinary movement that produces innovative ways of sharing the food culture in Canberra with those who may not be familiar with it.

However, Christa doesn’t necessarily look at it in this way. She simply says that she enjoys sharing her experiences with others, now even looking to grow her Instagram account into a business with a potential Spoon full of Canberra website up and running soon.

“I want to grow [my account] to feature more places around Australia and overseas. With that, I also want to grow my knowledge and be able to inform everyone about heaps more places in Canberra, and have more variety in what I am trying. My next goal is to get my website up and running and just progress my way through sharing food.” 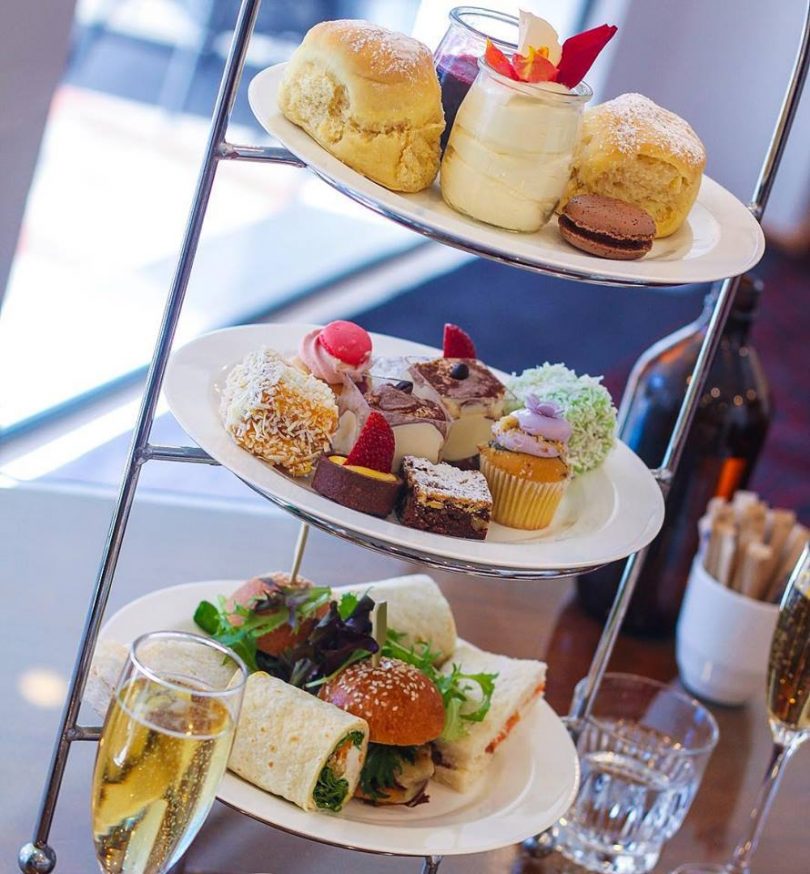 Regardless of how you look at it, accounts like Spoon full of Canberra have become great influencers in the way outsiders view the shifting culture around food in Canberra. To the point where visitors can now plan their trip around where to eat rather than what to do in the nation’s Capital.

Adam Best - 6 minutes ago
Josh Anderson We still have demerit points, champ....... View
Adam Best - 7 minutes ago
Steven Miller well yes, actually. If it's a financial penalty for a crime, then that financial pain should be equal for the e... View
Jess Thomas - 1 hour ago
David Deb Cossart that's the thing: people who can afford the fine can afford to speed. Changing this would mean that no-one... View
Food & Wine 1

Kali - 41 minutes ago
Poster boy for the 'it's all about ME' generation. View
Jennifer Albs - 2 hours ago
He is great player and pretty talented man, but his behaviour over shadow everything and not to mention mode swing, plus acti... View
Stewart Mcdonald - 2 hours ago
Lucy Humphreys I love the game but the sterile personalities bother me I think the game representing different social groups... View
Food & Wine 6

chewy14 - 1 hour ago
Ha, that should read uninformed, not uninformed. BJ, on that link you've provided, have you actually read the ICRC report on... View
chewy14 - 1 hour ago
No, To be honest, It's because I think you're uniformed on the scope and causes of the problem, the research that has been oc... View
bj_ACT - 3 hours ago
I’m not just criticising this project from 2014, I’m criticising two decades of broken promises, failed projects and the... View
Community 41

@the_riotact @The_RiotACT
#Tumbarumba's saddled up for its social event of the year this Saturday 29 January. #Turfclub president John McIntyre says the Tumba Cup's set to be one of the best as #families get together after COVID lockdowns https://t.co/U3sL5ZTdwY (15 minutes ago)