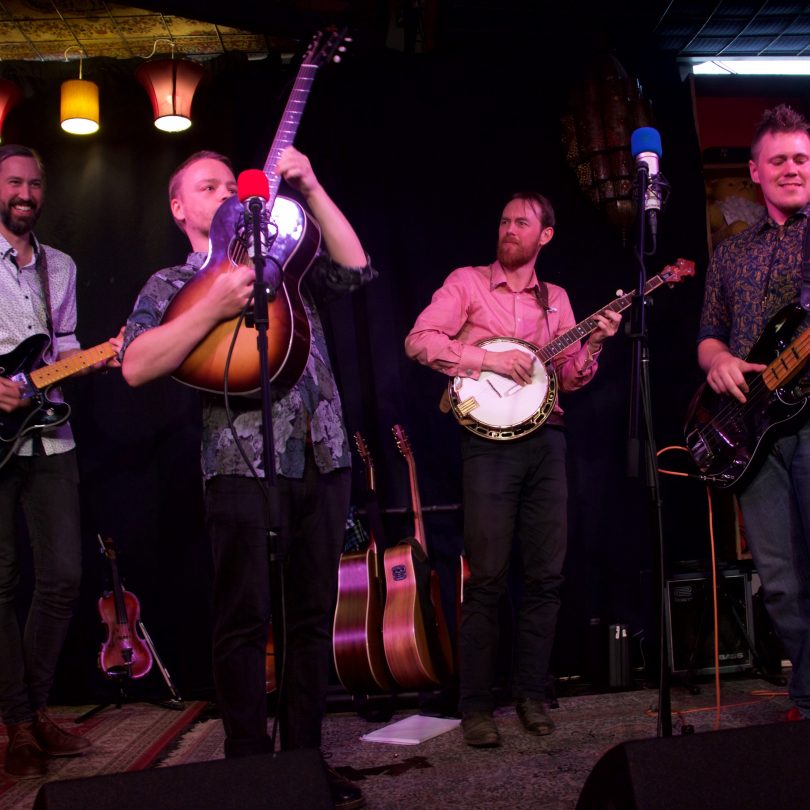 Scroggin from the Southern Tablelands will play Good Folk in Queanbeyan at Easter. Photo: Supplied.

Something remarkable is happening in the Canberra region.

Forget the deplorable events on the Hill for a time and reflect on where the region and the nation was just a year ago, with the very real threat that a global pandemic would sweep away not just livelihoods but many lives, like it still is in many other parts of the world.

What a difference a year can make. Now with the vaccine rollout happening after the tough lockdown decisions that kept the COVID-19 virus at bay, life is not just returning to normal but flourishing.

It was still a rude shock to visit Canberra Airport this week and experience the discomfort of having to don a mask, but Canberra probably remains the safest city in the country and one of the safest in the world.

The announcement that Rex was joining a clutch of other regional airlines on the Airport boards was yet another sign that Canberra is well and truly on the map.

The city’s economy is booming to the extent that many national businesses want to invest here, and if cranes are any gauge an awful lot of job-creating projects are under way, with more to come.

People are pouring into the region as the starry attractions of the big capital cities dim, looking for lifestyle and value.

And the jobs in entertainment and hospitality that melted away under the impact of social restrictions are coming back as crowd limits are raised.

It’s great for work and business to be reviving but life is incomplete without play.

So the crowds are back at Canberra Stadium, the curtains are up Canberra Theatre, the Street, the Q at Queanbeyan and Repertory, the cafes and restaurants are noisy again, and the sounds of live music are again delighting our ears, depending on your preferences.

Next week, the Canberra Symphony Orchestra kicks off its 2021 season at Llewellyn Hall under the baton of a home-grown product but now London-based, Jessica Cottis, who was able to enjoy the simple pleasure of a coffee in a real cafe for the first time in a year after leaving her two-weeks quarantine.

To be making music again at her alma mater after such a bleak year is a miracle to her.

For the CSO, after having to abandon last year’s season, to return to the stage in the first of a full program of concerts in front of its loyal audience, will be cathartic.

At Easter, Queanbeyan will host Good Folk, a two-day event staged by the National Folk Festival which also succumbed to the pandemic last year and this year could not promise a full five-day event, especially with international borders closed.

It will resurrect the event next year, but this Easter, the flowering border town has stepped into the breach to transform its historic streets into a festival precinct as a line-up of local and national talent descends to entertain music lovers from across the region and beyond.

If anything, Good Folk will shine a spotlight on Australian music making and storytelling in our own backyard.

These are momentous times for performers and audiences that have been limited to their own households or the novel but in the end unfulfilling virtual experience of the screen.

Even a colleague’s band is picking up gigs.

It shows that the cultural life of the city and region is being restored and along with it the social glue that holds together the community and our own individual wellbeing.

For those fretting about the vaccine, be patient. It will come, and with Canberra in such a strong position, as the government says, a few weeks here or there is not going to make much difference

We still need to follow the rules and as a society be vigilant, but we have earned the right to come together again and have some fun.

A refreshingly positive story amid all the gloom and doom elsewhere. Keep it up please. Someone once said the key to happiness is being grateful for what we have.