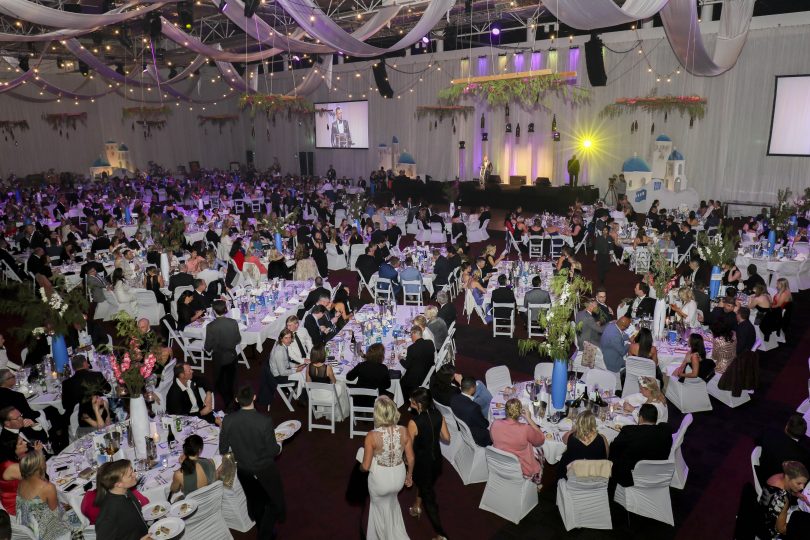 Funds raised will also go towards the Luton Charity Ball’s annual pledge to donate $10,000 each to the Canberra Hospital Foundation, SIDS and Kids and the Ozhelp Foundation.

The annual ball was held on August 19 at the National Convention Centre and has been declared a record-breaking success by Luton Properties Director Richard Luton.

“We have been so overwhelmed by the amazing response to our ‘Homes of Hope’ Charity Ball this year, with a record number of ticket sales to glamorous guests,” Mr Luton said.

The event was hosted by multi-talented personality Costas Kilias and featured a performance by Aria-nominated recording artist Ricki Lee which had everyone dancing. 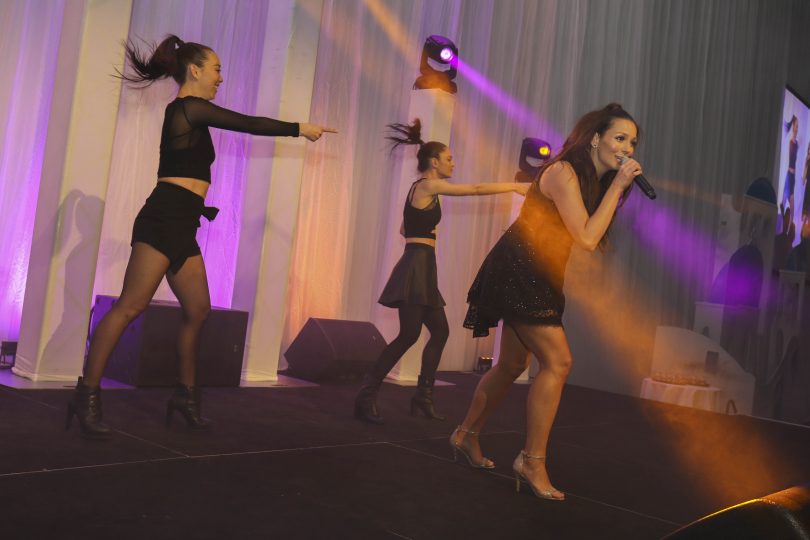 ‘The Real Housewives of Sydney’ star Athena X added to the glamour of the night and donated an Australian South Sea Pearl and diamond necklace for the raffle.

“‘Homes of Hope’ represents the commitment and dedication that these charities have to providing much-needed housing for the less fortunate within the Canberra Community,” Mr Luton said.

“They work tirelessly in our community, giving hope to individuals and families by continuously raising money to develop, build, upkeep current facilities and maintain new and old residential dwellings and also provide ongoing support to the residents who live there,” he said.

Mr Luton said that the funds raised at this year’s ball will contribute towards further housing and support services to assist the charities to continue their great work.

The ball featured a ‘Luton Live Auction Extravaganza’ which saw some interesting items go under the hammer including a ‘Wallabies Experience Package’, ‘Beatlemania’ VIP concert tickets, Shawn Mendes, Bruno Mars and Take That tickets, a cruise around Sydney Harbour, and a seven-night ‘Italian Experience’ in Tuscany. 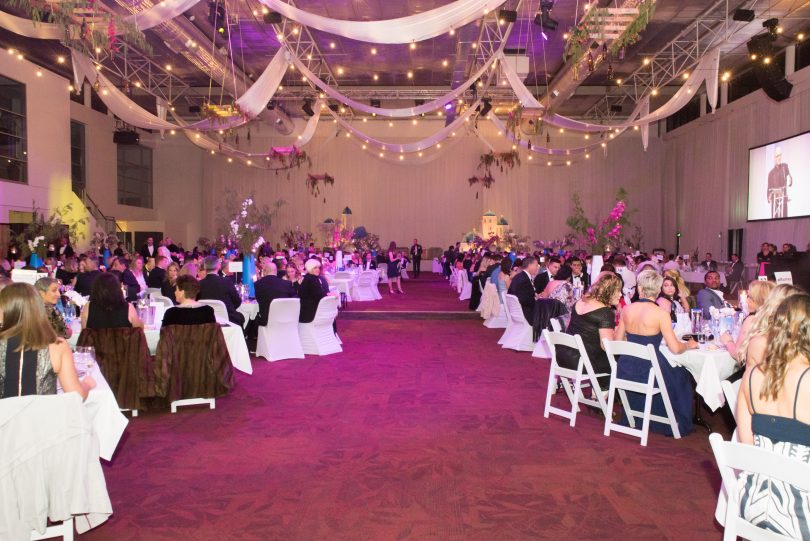 “We are hearing delighted guests and sponsors are already signing up for next year’s Luton Charity Ball, for yet another gala fashion and charitable extravaganza in 2018,” Mr Luton said.

Garrett Kelly - 19 minutes ago
imagine coming here just to quote the bible. Weird flex. View
Mick Andrews - 7 hours ago
It does if your partner is very sick or dies. not all legislation has been updated to reflect de facto as equivalent as a leg... View
Jp Romano - 14 hours ago
Henry Kivimaki amen brother View
Community 3

Jay Franchi De Luri - 51 minutes ago
Mark there is still time for a few cutlets…. Amy View
Julie Marshall - 2 hours ago
After the fight ppl did so McDonald’s couldn’t get it you have now dropped the fence ;(... View
Christine Cole - 5 hours ago
Yes it is Sharon Merten. Big and long fight. Proud of their resilience and determination. Also proud of making a big decision... View
News 56

Susanne Levy - 8 hours ago
Building this to be used by tumbleweeds . Maybe stop getting us into debt for things we may never use again considering our s... View
Joanne Foster - 13 hours ago
Lach Trev they sure would 😉 View
Lach Trev - 14 hours ago
Erin Louise Joanne Foster Jeremy Foster the kids would love this. View
Business 2

Peter Hislop - 9 hours ago
Unfortunately state and territory governments can only heed medical advice about risk/benefit of each change up or down. Feds... View
Community 14

Anthony Beck - 11 hours ago
Why can some training companies continue face to face training, and in a classroom environment, but transport training cannot... View
kenbehrens - 11 hours ago
Roy, I've always been concerned about the active type of exerciser. The runner, the cyclist etc and how that type of activity... View
Kari James - 11 hours ago
I would find this job incredibly difficult and stressful - great work team! View
News 22

chewy14 - 12 hours ago
Yeah, almost none of what you just said is true. The Astra Zeneca vaccine is extremely safe and equally as effective as Pfize... View
skipper - 13 hours ago
Barr only cares about his own political profile, not his citizens. Three states have opened up eligibility to Pfizer for over... View
News 5

realopos - 12 hours ago
Here's a thought. We allow all double vaccinated people their freedom- Now! - only those vaccinated can roam freely? Benefits... View
Business 108

Capital Retro - 13 hours ago
Residents of East O'Malley and Red Hill will enjoy the aroma drifting their way under the inversion layer. View
show more show less
*Results are based on activity within last 7 days

NSW Premier Gladys Berejiklian will be missing from our screens at 11:00 am today, and some may think that's a...
Opinion 28

@The_RiotACT @The_RiotACT
Dobinsons is on a roll and bringing their baked goodies to a street near you. Find you how you can get your fix to make lockdown a little sweeter https://t.co/z8IGWiEGyy (11 hours ago)

@The_RiotACT @The_RiotACT
A damning report into the strip search of an Indigenous detainee at the Alexander Maconochie Centre found that the woman's human #rights were violated https://t.co/4p00f0GnbO (13 hours ago)