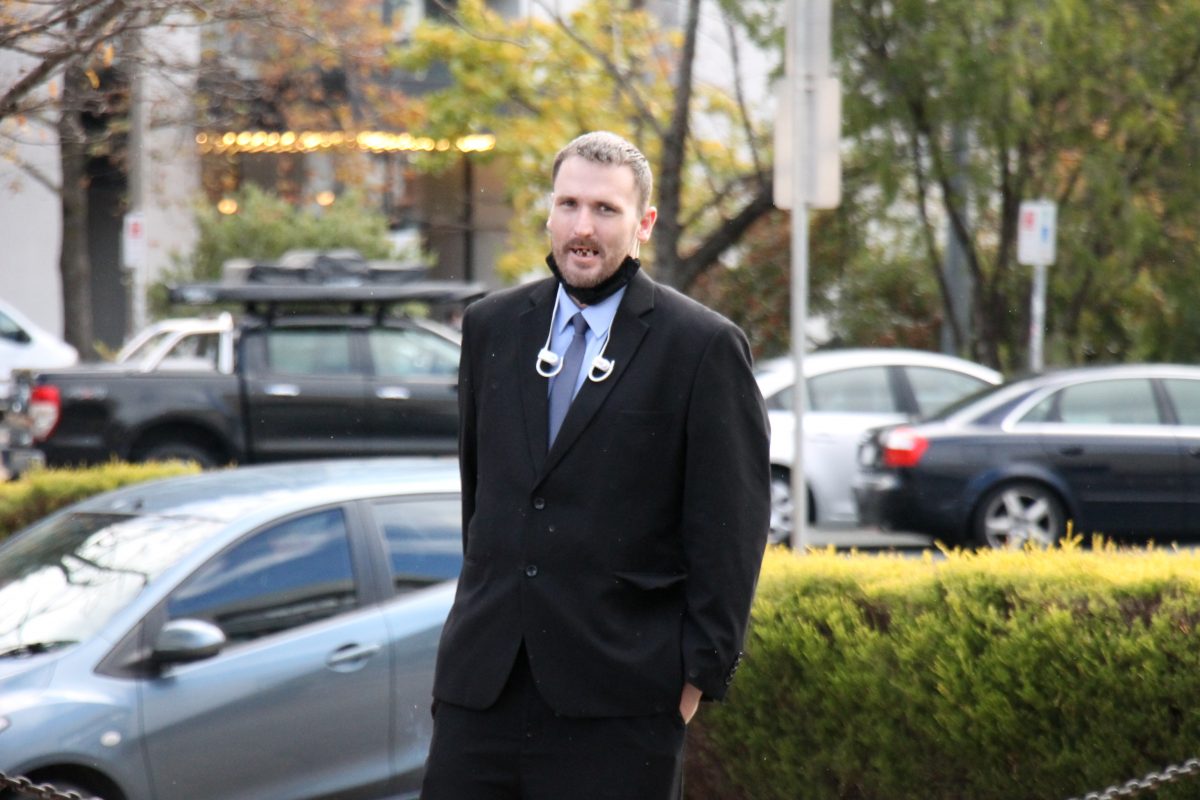 Robert James Smith, 32, steps outside court for a break during his trial in June. Photo: Albert McKnight.

After a man was tied up by a pair of home invaders, the older of the crooks doused him and his dog with petrol and threatened to set them on fire before the man was luckily able to escape.

Robert James Smith, 32, has now been jailed for over six-and-a-half years after pleading guilty during his ACT Supreme Court jury trial in June. His 21-year-old co-accused, Kye Jayden Rowe, was sentenced last year.

According to court documents, a man was asleep on the couch of his home in Kambah late on the night of 1 September 2020 and was woken by Smith and Rowe after they broke in through the garage and let themselves into his house.

Rowe, carrying a lighter and a jerry can filled with petrol, asked the man where his housemate was. The man took them into the housemate’s bedroom.

There, Rowe said, “one of you owes money”, but neither of the victims knew what he was talking about.

Rowe told the man to tie his housemate’s hands and legs together, which he did using an iPhone charging cable and an extension cord.

Rowe searched the house while Smith stood watch over the residents, telling them the younger criminal was his “apprentice in training” for “this sort of stuff”. 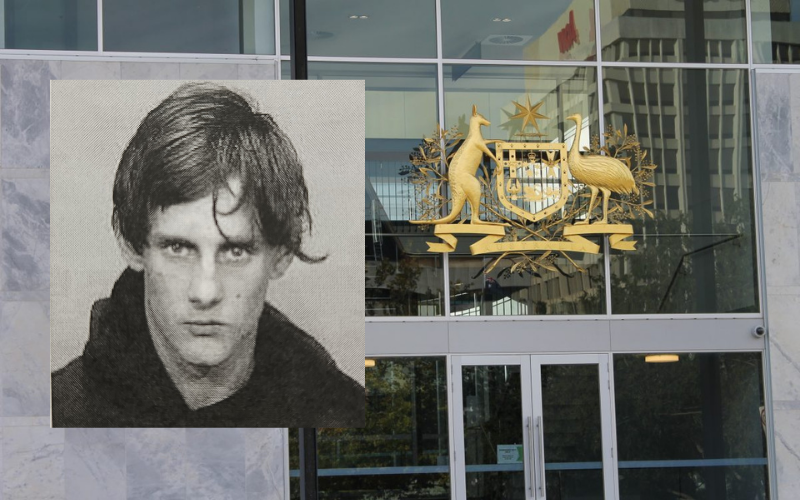 Kye Jayden Rowe has already been sentenced for his role in the incident. Photos: NSW Police/Albert McKnight.

Smith also pointed a knife at one of them at one point.

Eventually, the first man saw an opportunity when the home invaders were distracted and ran out of the house and down the street to a neighbour’s place. Police were then called.

The housemate didn’t want to run, partly because he had his dog, which he was protective of.

But after the man fled, Smith entered the bedroom and poured petrol over the housemate, his bed and his small dog.

However, Smith lit a lighter from the doorway and was about to throw it when the housemate kicked him in the stomach, knocking him backwards out of the bedroom.

The housemate managed to slam the door shut and pushed himself against it until Smith gave up trying to get back inside and ran away. The pair then stole a Ford Ranger when they left.

The housemate waited until the home invaders had gone, then came out of the bedroom, rinsed the petrol from his eyes and mouth, picked up his dog and banged on his neighbour’s doors until one answered.

Smith pleaded guilty to charges of aggravated burglary, attempting to inflict grievous bodily harm, theft and riding in a motor vehicle without consent.

READ ALSO Woman allegedly beaten, raped, forced into boot and dumped on side of city road

But he appeared to still want to contest one of the two counts of theft, because when Acting Justice Stephen Norrish read out the charge on Wednesday (6 July), he interrupted.

“It’s been established I didn’t do that,” he said.

“Well, you pleaded guilty to it,” the acting justice replied.

Smith’s barrister James Sabharwal argued Rowe appeared to be the leader of the duo, despite being much younger.

He said his client had a disadvantaged background and wanted to change his life when he was released from jail.

He also said the housemate hadn’t been left with any serious, visible injuries when he was doused with petrol.

Crown Prosecutor Rebecca Christensen SC argued the incident was an extremely serious example of a home invasion, and aside from pleading guilty, Smith had shown “little to no remorse”.

Acting Justice Norrish sentenced him to six years and seven months’ jail with a non-parole period of four years, which means he is eligible to be released in November 2025.

“The conduct of the two offenders was entirely unjustified and there can be no excuse for it,” he said.