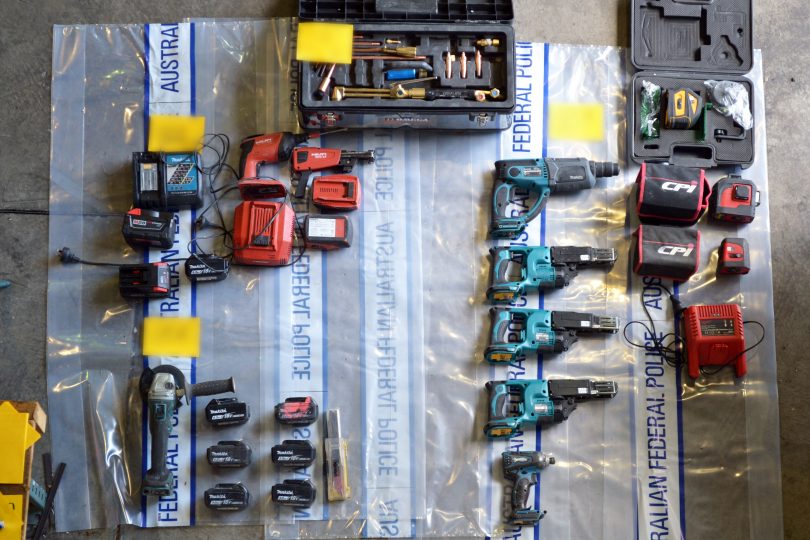 Some of the suspected stolen items seized by police. Photo: Supplied.

ACT Policing have charged a man and a woman with possession of stolen property following 16 aggravated burglaries across building sites in the ACT in recent months.

Police seized suspected stolen items, including many power tools, worth about with $150,000 when officers from City Police Station with assistance from Criminal Investigations and ACT Policing Intelligence, executed a search warrant at a residence in Lyneham on 21 May.

They are working to identify the owners of the property.

A 42-year-old man will be summonsed to face the ACT Magistrates Court at a later date. He will be charged with receiving stolen property, unlawful possession of stolen property and three counts of possessing a prohibited weapon without authorisation.

Police are urging anyone who may have any information that could assist police, including the owners of the seized property, to contact Crime Stoppers on 1800 333 000, or via the Crime Stoppers ACT website.