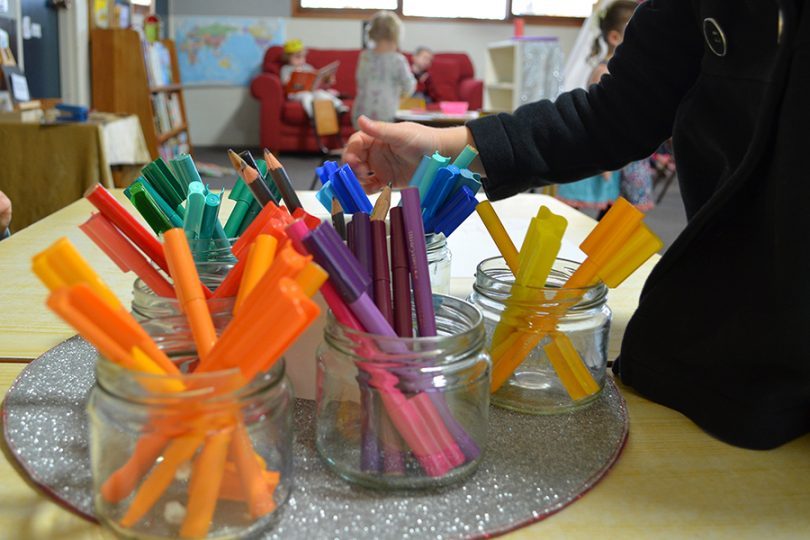 “The preschool’s forty year crown lease expired in 2013 and attempts to renew it have stretched out over five years.” – Glenn Merrick. Photo: Pambula Preschool website.

Pambula Preschool says a five-year battle with the NSW Government has placed it in a legal limbo and cost it hundreds of thousands of dollars in potential funding and is jeopardising its future.

Spokesperson Glenn Merrick says what should have been a very simple lease renewal with NSW Crown Lands has turned into an epic battle that has prevented the preschool from applying for development grants and taken up hours and hours of volunteer committee time.

“The preschool’s forty year crown lease expired in 2013 and attempts to renew it have stretched out over five years,” Mr Merrick says.

“The preschool is now waiting for the government to decide whether the lease can be directly negotiated or has to go to public tender.”

“This is a really difficult issue for a volunteer committee of management to navigate – we simply can’t compete with the resources of corporate entities if the land goes to tender, nor should we have to,” Mr Merrick says.

“The committee is a group of mums and dads who volunteer our time to ensure this service is available to benefit the community, much like the rural fire brigade or surf lifesaving club. The preschool could be taken away from the community with the stroke of a pen and that is a huge risk.” The preschool committee is keen to secure the facility’s future by purchasing the land from the NSW Government or at least secure a long-term lease.

Mr Merrick says the Member for Bega Andrew Constance has been contacted but they are yet to speak with him. Region Media has also sought a response from Mr Constance.

Labor candidate for Bega Leanne Atkinson says she appreciates the committee’s frustration and has taken the matter up with the Shadow Minister of Lands, Mick Veitch.

“He has since raised the matter in parliament and we are awaiting the minister’s response, we’ll be looking at what we can do to have this resolved,” Ms Atkinson says.

Mr Veitch asked the following questions of Paul O’Toole, Minister for Lands and Forestry on October 23:

1. When did the lease over Crown land held by the Pambula preschool on Dingo Street, Pambula expire?
2. When did the preschool provide the documents to the Department of Industry-Lands in order to renew the lease?
3. Has the lease been renewed?
a. If not, why not?
4. If the lease has not been renewed, when can the preschool expect to be in a position to have a new lease?
5. Which office in Crown Lands is dealing with this matter?
6. How many meetings have been held between the preschool and Crown Lands since 2013?
7. If the lease has not been renewed, is it usual business practice to take five years for a lease renewal application to be determined?
8. Did the Member for Bega make representations to the Minister on the lease renewal?
a. If so, when and on how many occasions?

No answers have been printed yet. One is due by November 27. The Member for Bega Andrew Constance has been contacted about the preschool’s ongoing issues with Crown Lands. Photo: Pambula Preschool website.

Mr Merrisck says, “Pambula Preschool has continued to provide excellent service to the community for 45 years but until this is resolved we can’t upgrade, expand or modernise our facilities when on a year-by-year lease.”

“I’m sure other community organisations will face this issue as Crown leases expire, government policy can now require them to go to public tender.

“It’s an awful situation for a non-profit, community-based organisation to face.

“There are hundreds of people in the community who have been involved with the preschool over the years, with former students now returning as parents of young children.”

Emjay Barker - 8 minutes ago
Daniel Duncan that’s a great idea 🤣 View
Daniel Duncan - 41 minutes ago
Stuff the test let them back with out any restrictions. View
Tracy Hancock - 9 hours ago
Nurse and midwife here. Have looked after patients who were Covid positive and didn’t know it when they saw me. I haven’t... View
News 33

@the_riotact @The_RiotACT
Peter Walker's overcome some serious battles over the past 20 years, but he says he's ready to take on the #challenge as the new mayor of #Goulburn https://t.co/OCLVo6yk2h (7 minutes ago)