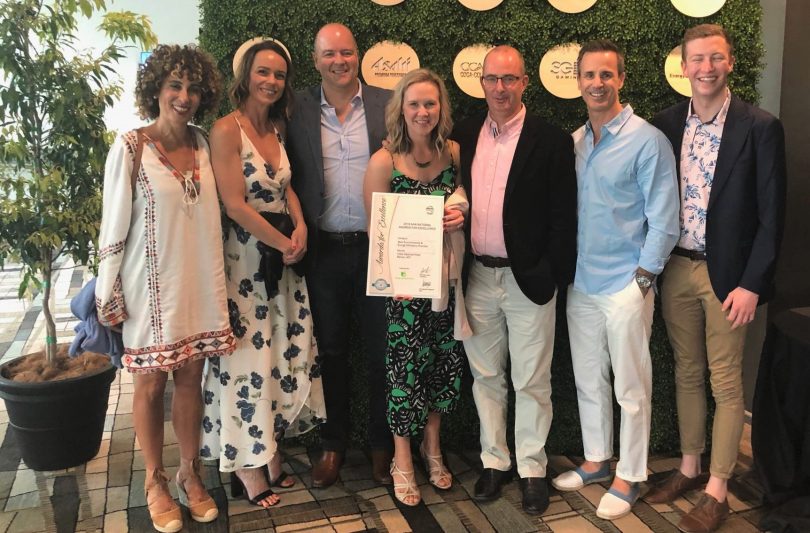 The innovative 120-room building won the Best Environmental and Energy Efficiency Award at the Australian Hotels Association (AHA) National Awards for Excellence last Monday (September 17) at a prestigious ceremony on the Gold Coast.

Located in Barton and owned by Doma Hotels, Little National – the only ACT-based winner at the annual hospitality Awards event – was rewarded for being paperless, having 100 solar panels on the roof and using recycled toiletries.

“Little National is so unique and we’re always trying to set our own benchmarks,” Director of Doma Hotels Patrick Lonergan told The RiotACT.

“Winning a national environmental Award is a pretty good thing for our hotel and for Canberra. Sustainability is always important to us and it’s important to our clients as well.”

Mr Lonergan – who also oversees several other Doma Hotels across Canberra and interstate – said environmental practices were vital when dealing with major companies and suppliers as they also “focus on sustainability and want to deal with people and businesses that share those same values.” 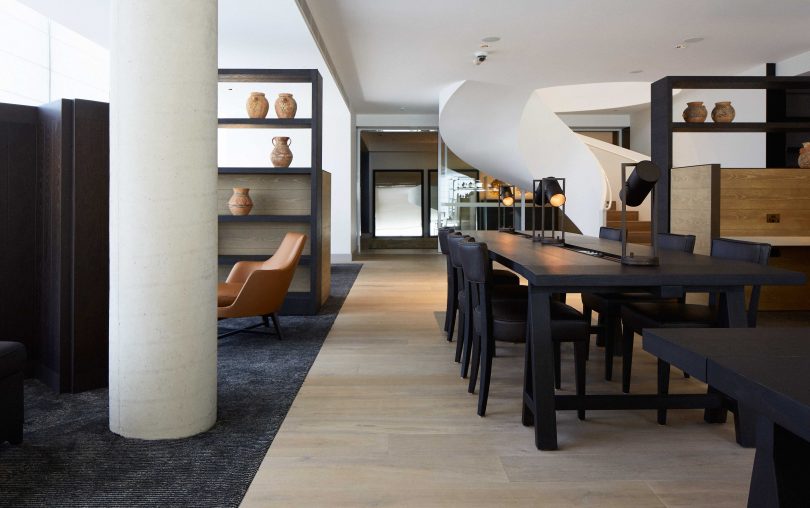 Since opening in 2015, the environmentally-savvy and sophisticated Little National hotel recycles its used soap to be used in third world countries and the toilet paper is recycled office paper.

“We also have over 100 solar panels on the roof,” said Mr Lonergan, which produce more than a third of the power used at the hotel.

“Although we don’t set out to win [environmental] Awards – we want to do what we could to be more sustainable which has translated to our other [Doma] hotels.”

Mr Lonergan said all of the Doma hotels have now gone paperless and are embracing environmental best practice standards.

The hotel recently won the Corporate Award at the ACT Smart Sustainability Awards and also won several Awards – including Best Environmental Practice – at the 2018 AHA ACT Hospitality and Tourism Awards in Canberra. 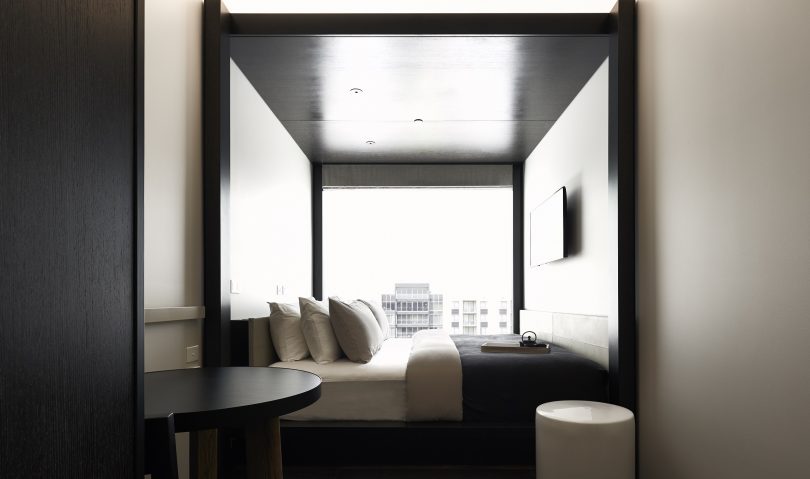 “The hotel has had a good run recently,” said Mr Lonergan, who highlighted the strong growth and success of the Doma brand in Canberra and in other capital cities.

Doma also plans to unveil a major renovation and refurbishment of the Hotel Realm and its conferencing facilities early next month.

Natalie Gallagher - 2 minutes ago
Yes! I hope they do, it would be awesome. 🙏 View
Ian - 28 minutes ago
Fine by me to have as much motor sport as can be run so as to be financially self-sustaining, and no more than marginally dis... View
Capital Retro - 52 minutes ago
with an e-scooter as the safety vehicle View
News 18

TimboinOz - 19 minutes ago
I hardly ever use a cook-book, except to check amounts, temps and timing - IF I'm doing something new or new-ish. Anyone who... View
Community 62

Casey Jane - 27 minutes ago
Noni Evans I've see a few around the place on my runs! View
Noni Evans - 45 minutes ago
Casey Jane , found any yet? View
Lorraine Clements - 2 hours ago
Got some outside our place that I have put little jewels all over them. View
Community 6

Annie Tully - 59 minutes ago
Nice article 😊 View
Brian Lodge - 2 hours ago
Hi Susan how wonderful Congratulations to Mark and Coral , they were great neighbours (very caring) back at Tulla over the ye... View
Gail Tully - 2 hours ago
Thank you Amy View
News 19