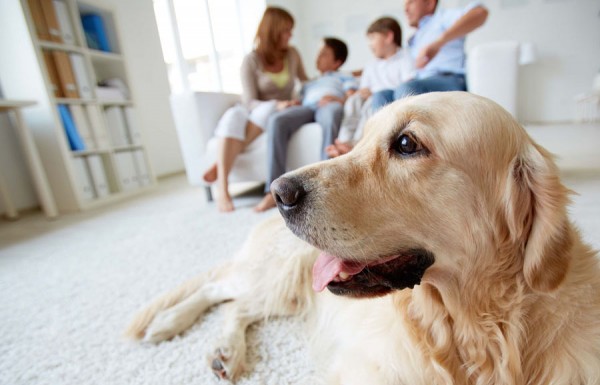 Some terms say no pets without permission in direct contravention of the Residential Tenancies Act. Photo: File.

Landlords should face penalties for adding misleading or inconsistent terms to residential leases such as no parties or pets, according to a new report.

The Path of Lease Resistance from tenants lobby group Better Renting, says ACT law allows landlords to add terms to a lease even if the terms are inconsistent with the standard terms of a tenancy or the Residential Tenancies Act (RTA).

The report, authored by former Tenants Union head Deb Pippen, says the ACT is the only jurisdiction in Australia that allows landlords to do this and means that some renters miss out on legal protections and some landlords are avoiding their legal responsibilities.

It says that in the current tight rental market, most tenants agree to anything to secure a roof over their heads.

Other additional terms imposed by landlords include broken glass having to be replaced by the tenant even if they are not responsible for the breakage, cash penalties for smoking in certain areas, limited operating hours for heating and 10 hour’s notice for owner visits and inspections.

The report says some terms are misleading by omission, for example saying that no animals may be kept on the property without written permission, despite recent specific changes to the Act allowing pets.

It says such terms do not refer to RTA sections providing that a landlord cannot refuse a request for pet without approval from the ACT Civil and Administrative Tribunal or that consent is assumed if the landlord takes more than 14 days to make an application.

“The wording is careful. While not a flat-out lie, it gives the impression that a landlord or their agent can just refuse permission,” the report says.

“This practice misleads tenants about their rights and, in effect, attempts to circumvent the changes to the law.”

When Emma Collins, 34, recently began a tenancy, her agency gave her four extra pages to sign including 38 additional terms.

“I’ve been renting in Canberra for almost 20 years and recently I’ve begun noticing more sneaky additional terms. They’re never presented as a request or a negotiation – it’s more like a direction,” she said.

Executive Director of Better Renting, Joel Dignam, says the misuses found in the report show it’s time for the ACT to abandon its peculiar approach.

“When signing a lease, the relationship between landlord and tenant is fundamentally unbalanced – the tenant needs somewhere to live and isn’t in a position to negotiate,” he says.

“Allowing the landlord to use this power to reduce their own obligations is contrary to the spirit of the law and it means weaker protections for people who rent.”

The report recommends the government introduce a prescribed tenancy agreement reflecting the existing Standard Residential Tenancy Terms and establish penalties for the use of
inconsistent terms or misleading or inaccurate communication with tenants.

It also recommends the establishment of a landlord register, including a requirement that landlords undertake training in their legal obligations.

The process of ACAT endorsing additional terms should be ended and if not it should only occur at least one week after the Tenancy Agreement is signed to ensure that parties are on a more even footing.

ACAT should also be required to collect and report on endorsed terms along with applications for refusing pets and modifications in order to build a clear picture of what is happening.

He said the government should also raise awareness of the RTA among all parties, not just professional stakeholders.

And we wonder why rent is so expensive…..