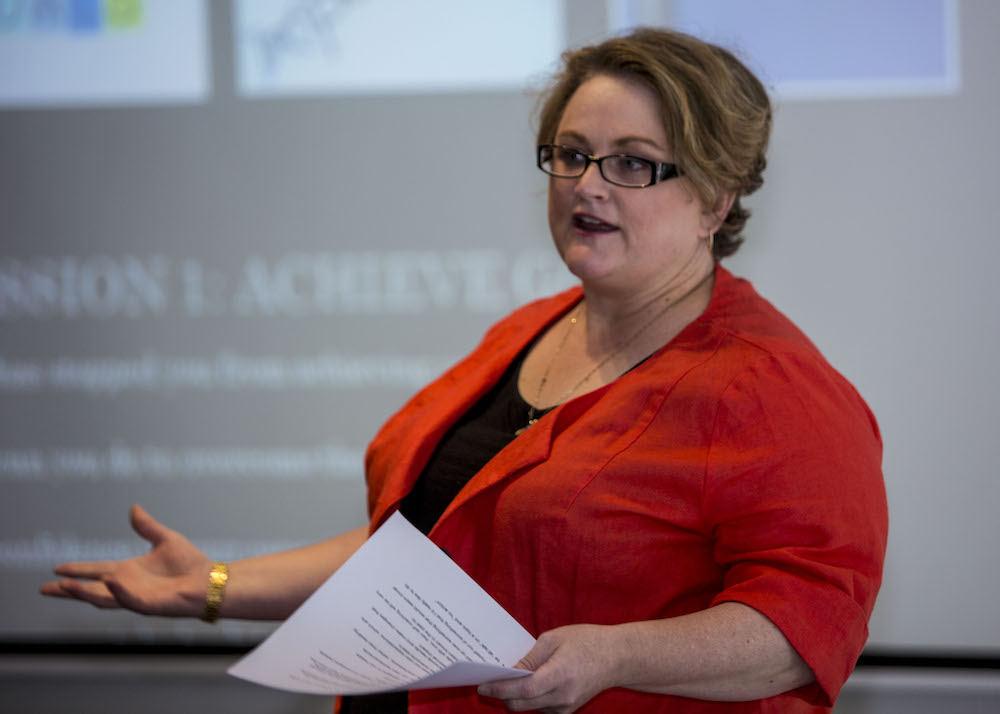 Dr Kim Vella found herself staring down a very dark tunnel after repeatedly witnessing intergenerational domestic violence among members of her social circle, and the violence was not at all what she thought it looked like.

Dr Vella, an executive coach, was initially deeply shocked. “You always think it is someone else. Someone else is affected, not you. But that is never the case. Domestic violence can happen to anyone”.

In response to this issue Dr Vella built a network, The Network of Possibilities, incorporating exciting philanthropic ideas with socialpreneurs, soulpreneurs and entrepreneurs. All network members share a vision of policy reform and a solid commitment to making a difference in the local and national community surrounding the issue of domestic violence.

Dr Vella is passionately dedicated to the network and says it has “an unwavering commitment to supporting the urgent work being done nationally and locally to eliminate violence against women, children and families”.

She was shocked but not surprised to discover the alarming statistic around domestic violence. “Last year more than 100 women were killed or were the victims of attempted murder in family and domestic violence-related homicides and nearly 1.5 million women in Australia have experienced sexual assault since the age of fifteen.”

Joining Mr Costigan as speakers tonight will be a panel of talented women from the Canberra community: Genevieve Chan, YouTuber from the Freelance Apprentice, Dr Kylie Bourne, founder of Principled Knowledge, and Pip Seldon, founder of the Healthy Tradie Project, will speak briefly before opening the floor up for discussion to have an honest conversation about what we all can do to help.

Limited tickets are still available online. As this is a launch, the network already has several more exciting events in the works for the next few months.

“Ethics for Brekkie: Integrity and ‘Walking the Walk’” will be celebrated on World Philosophy Day on November 17 and the Positive Plenary will be held at the Hyatt on December 7. All proceeds raised by the network will be donated to the Tara Costigan Foundation.

Pictured above is executive coach and founder of the Network of Possibility Kim Vella. Photo: Richard Tuffin

Does it matter that drugs like ice (taken by both men and women) is a major factor in DV?
Or that DV is much higher in certain racial groups?

The really sad thing is that Domestic Violence has an impact on everyone. There are certainly groups in our society such as people taking illicit substances that we hear more about in the media. But it is a problem that doesn’t discriminate. Regardless of age, gender, employment status, religious beliefs, substance use or financial situation.

I’m sure the Tara Costigan Foundation does a good job but a quick search shows many groups all doing work to stop violence – there is Thomas Kelly, White Ribbon & Allanah & Madeleine to name a few. Each organisation has to have staff & administrative costs.

Wouldn’t it be more efficient to rationalise the number of organisations doing the same work ?

Certainly Affirmative Action M the entire not-for-profit sector has been asking themselves the same question for quite some time. But it really is a complicated sector. It is important to note that not-for-profit organisational funding generally comes from 3 places local government, federal government or donations. Leaving limited capacity for cross national collaboration among a zillion other things. Maybe I will write about it soon. Because it is a really good point.

However, I think in this specific instance The Network of Possibilities is philanthropic endeavour as the title suggests which means they are a group who use their unique skill sets to raise much needed funds for not-for-profit organisations and keep zero profits themselves. This particular event and for the rest of 2016 the Network has chosen the Tara Costigan Foundation. According to Dr Vella next year depending on what members decide they will continue raising much needed funds for a variety of not-for-profit organisations. Money is always desperately needed in not-for-profit orgs because often core funding does not meet the needs of people who want to access the service. And YES!!!!! We absolutely need ALL these services and then some!

The Thomas Kelly Youth Foundation aims to communicate and educate the public on the negative impacts of violence and behaviour around alcohol and the truth around Australian drinking culture. The Alannah & Madeline Foundation is an organisation seeking protection for children against violence and White Ribbon is “the world’s largest male-led movement to end men’s violence against women” so effectively a health promotion organisation that educates, raises awareness and much need funds for partner projects and organisations. I am not certain that these three groups would be appropriate to lump into a box or in the same organisation?

Plus most of these organisations were started with passion after tragic circumstance involving loved ones. Not really sure about rationalising their efficiency?

I’m sure the Tara Costigan Foundation does a good job but a quick search shows many groups all doing work to stop violence – there is Thomas Kelly, White Ribbon & Allanah & Madeleine to name a few. Each organisation has to have staff & administrative costs.

Wouldn’t it be more efficient to rationalise the number of organisations doing the same work ?

Does it matter that drugs like ice (taken by both men and women) is a major factor in DV?
Or that DV is much higher in certain racial groups?