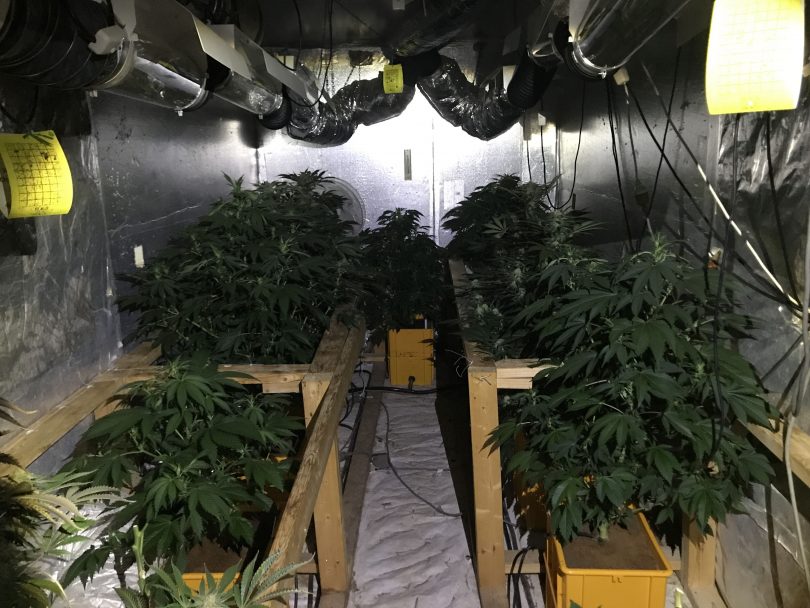 Police have seized 58 cannabis plants from the home of the man charged with burglary while armed with a baseball bat on Tuesday morning (17 September).

Around 9:45 pm last night, police executed a search warrant at a house on Bannerman Place, Holt. The warrant activity was initiated after a man allegedly broke into a Dunlop home armed with a baseball bat.

During the search, police discovered a sophisticated hydroponic setup in the rear, free-standing garage of the residence. Police seized 58 cannabis plants, hydroponic cultivation equipment and a prohibited weapon.

A Holden Commodore was also seized as tainted property in accordance with the Confiscation of Criminal Assets Act 2003.

The 42-year-old man, who was charged this morning with aggravated burglary, will also be charged with cultivating a trafficable quantity of cannabis.

Anyone with information about illegal drug cultivation or supply is urged to contact Crime Stoppers on 1800 333 000, or via the Crime Stoppers ACT website.