Police are investigating the death of a Thai national in 2017 after a separate investigation revealed she may be a victim of human trafficking.

On 24 August 2017, Paweena Dumdee died at the Canberra Hospital due to a brain haemorrhage believed to be caused by drug use. Her death was not reported to police at the time.

After allegations that women were being imported from Thailand for sexual services, police believe Ms Dumdee may have been a victim of exploitation by traffickers or the operators of Chok Dee Massage in Fyshwick, where she worked.

The ACT Coroner is now calling for information about Ms Dumdee and wants to know more about her activities, her health during her time in Australia, and her place of employment. 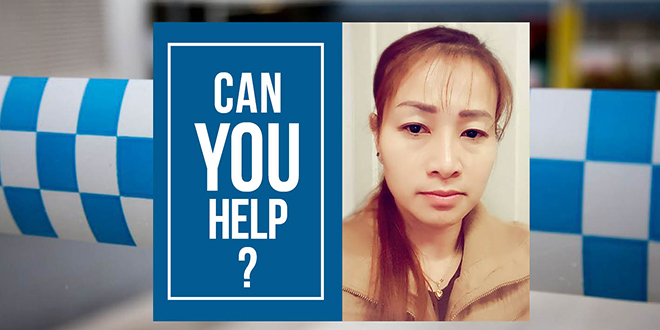 ACT Policing, who is conducting the investigation for the Coroner, is looking for Ms Dumdee’s family members, some of whom they believe may be in Sydney, and other people who worked at Chok Dee Massage in 2017.

Police are calling for anyone with any information about Ms Dumdee during her time in Australia or about drugs suspected of being supplied to workers at Chok Dee Massage, to contact Crime Stoppers.

David W Jones - 1 minute ago
Just look at the number of contractors that just keep getting extensions or renewals with no questions asked! View
Garry Dodds - 30 minutes ago
First Dole Office, so many public servants lining up for Coffees at 9am every day.Do Are they dedicated to work? View
Jimmy J LaRue - 8 hours ago
There used to be a technical stream in the Commonwealth. Like there are pay grades for Legal and some other specialty streams... View
News 159

Frank Arnold - 28 minutes ago
Ohhh myyy Goddd !...Crooked pavements!...pot holes in our roads!...and now it's long grass !!!! FFS we hardly had any 3/4 yea... View
Cary Elliot Johnson - 4 hours ago
I'm confused as to why the grass cutters are now only doing a half R'sd job and leaving kurbsides and big chunks around obsta... View
Rien Wiersma - 8 hours ago
Troy Dare yes, you’re right, I was just being naughty,... View
Breaking 1

liberalsocialist - 46 minutes ago
What a disgrace. And while in no way taking away from this cowardly act, I have come from NSW where we are told to dismount a... View
News 13

kenbehrens - 47 minutes ago
That makes no sense. Your comparisons are 20-25 years apart. The "new" bus route takes longer because it services a bigger ar... View
bj_ACT - 2 hours ago
Not sure about the adding 10 minutes to the 333 journey by changing to go past College St and UC. The change Only added 1.2km... View
michael quirk - 6 hours ago
Yes,but it is by no means certain that light rail stimulates urban redevelopment more than BRT. Much depends on design of the... View
News 3

kenbehrens - 2 hours ago
Mr Parton is right. If Dr Paterson is concerned about why women, (but let's just say people) don't leave the car at home and... View
bj_ACT - 7 hours ago
Removing over 700 bus stops across the city and making women have to walk much further to their bus stop is one obvious issue... View
News 1

Brigid Whitbread - 9 hours ago
Peggy Sue I would love to talk to you about your certificate. If you had a moment to call me at Queanbeyan Library I would be... View
News 1