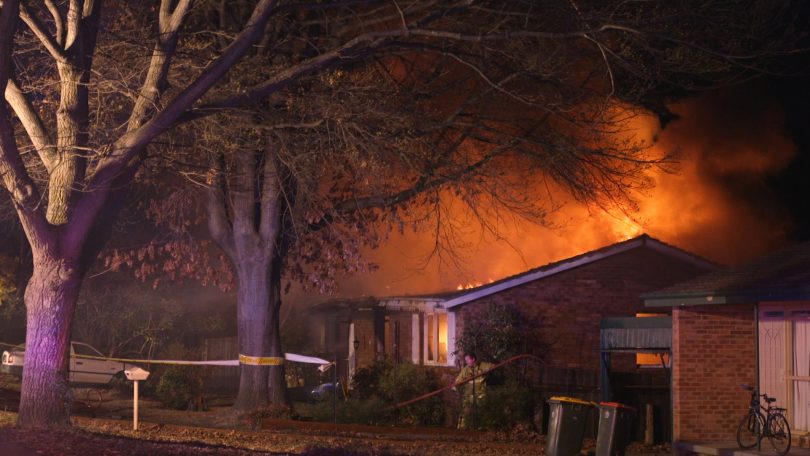 Firefighters were called to the home on Longstaff Street, Lyneham on Saturday night. Photos: George Tsotsos

ACT Policing is investigating the cause of a fire that tore through a Lyneham home on Saturday night (29 September).

Around 9:05 pm, emergency services were called to the house fire on Longstaff Street, Lyneham, with three pumpers, the breathing apparatus van and two commanders attending the scene.

After two hours battling the blaze, firefighters extinguished the fire. The house was severely damaged and the roof collapsed causing firefighters to suspend their search and salvage operations.

ACT Policing is investigating the cause of a fire that tore through a Lyneham home on Saturday night (29 September). Around 9pm, emergency services were called to the home on Longstaff Street, Lyneham. Read the full story here:

It is believed nobody was home when the fire broke out. ACT Ambulance Service attended the scene but no injuries have been reported.

ACT Policing are investigating the cause of the fire. 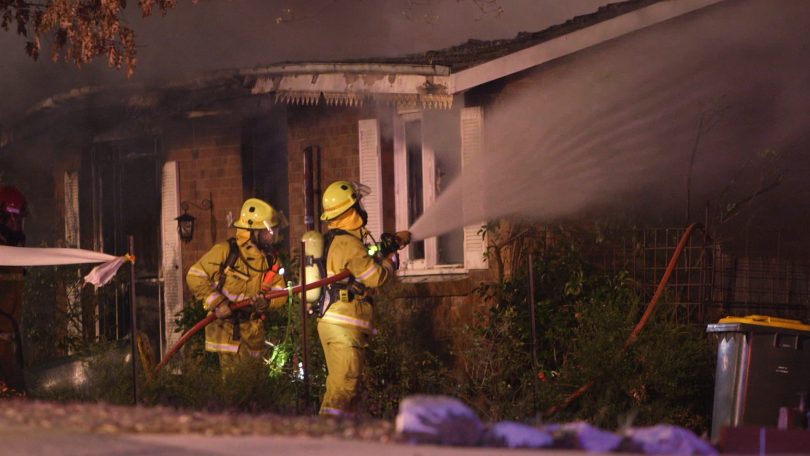 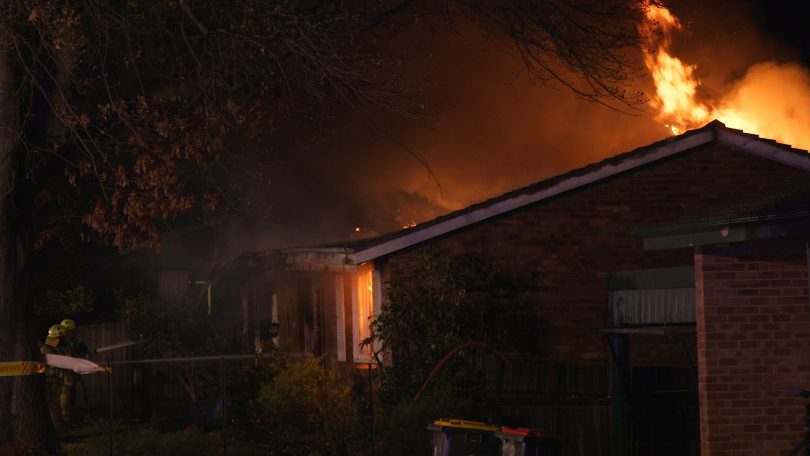 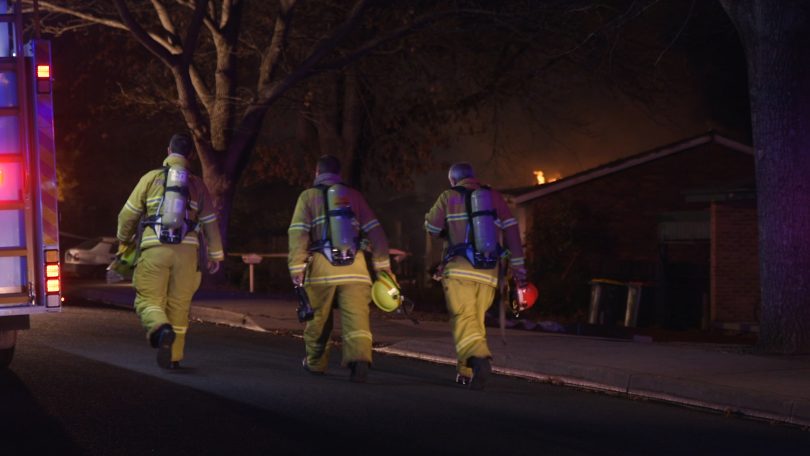 SpACEman - 9 hours ago
Great story Larissa, I have had a very similar experience and am also hooked on Canberra Nature Map and the other NatureMapr... View
News 53

Meg Thow - 9 hours ago
Vote them out Canberra. Highest taxes- lowest services... View
Steve Wood - 13 hours ago
And who is going to do what about it... Andrew Barr pfft View
ACT Election 94

resident999 - 10 hours ago
I guess you missed the bit about the 30million dollar contribution to the economy through cycling tourism...pretty sure your... View
Property 13

Lynda Bailey - 14 hours ago
As the mother of two of the young ladies on this team I couldn’t be prouder. To see the growth in the girls and the unity o... View
Lifestyle 2

Danny O'Donnell - 15 hours ago
Lynda Bailey Daniel would have that tucked away 💵💵😜... View
show more show less
*Results are based on activity within last 7 days

@The_RiotACT @The_RiotACT
In this week’s RiotACT newsletter: the latest from local politics as campaigning ramps up + all the other news & big stories that have had Canberrans talking https://t.co/WPbGZXalE5 (9 hours ago)

@The_RiotACT @The_RiotACT
Local stories are essential to creating a community. Meet the men and women behind the newsletters that are filling the void created by the death of so many local newspapers https://t.co/c9EHAgu5RF (10 hours ago)

@The_RiotACT @The_RiotACT
Gyms have never been cleaner and demand is surging, but COVID-19 restrictions are making life tough for fitness operators across the ACT. It's even worse if you're across the border in NSW https://t.co/QVfKUjEb4s (12 hours ago)