Connecting people and supporting
business for 100 years
10 May 2021

10 May 2021 | David Murtagh
Start the conversation

ACT Policing is seeking these four people in relation to an assault in March. Image: ACT policing.

ACT Policing has released CCTV footage to identify four people believed to have information about the assault of a 26-year-old man in Civic on Saturday, 13 March 2021.

The footage shows the group approaching the man at about 10:40 pm, prior to the assault taking place on the southern side of London Circuit.

After the assault, the four people police wish to identify crossed London Circuit towards the Melbourne Building.

The victim required surgery for his injuries.

Anyone who can identify any of the people highlighted in the CCTV footage, or anyone who witnessed the assault who has not yet spoken to police, is urged to contact Crime Stoppers on 1800 333 000, or via the Crime Stoppers ACT website. Quote reference 6752006. Information can be provided anonymously. 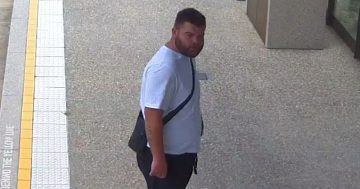 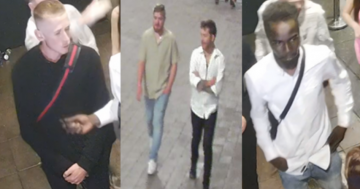