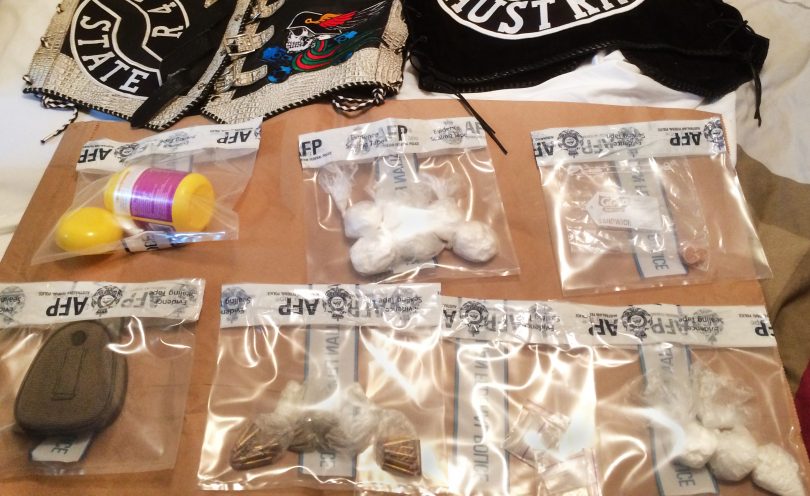 Police seized $100,000 worth of drugs, cash and ammunition from a Monash home last week. Photo: Supplied by ACT Policing.

Police have arrested and charged a 36-year-old man after a targeted operation saw $100,000 worth of drugs, cash and ammunition seized from a Monash home last week.

Officers from Taskforce Nemesis executed a search warrant last Friday (9 November) at a Monash residence, where a significant quantity of a substance suspected to be cocaine was found, along with ammunition.

The substance, with an estimated street value of $100,000, ammunition, cash and a prohibited item were seized by police.

“We are dedicated to improving the safety of Canberra, and disrupting the illegal activities of criminal gangs in the ACT is one of our highest priorities,” Superintendent Moller said.

“This operation is part of our ongoing strategy to target criminal gangs and reduce their ability to benefit financially from illegal activity. As has been demonstrated again this week, police attached to ACT Criminal Investigations will be relentless in the pursuit of criminal gangs.” 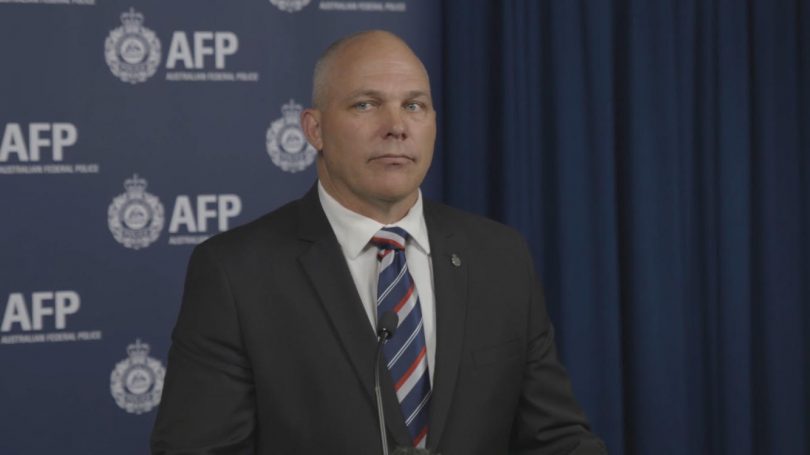 ACT Policing Detective Superintendent Scott Moller is urging anyone who may have any information regarding illegal firearms or drugs to contact Crime Stoppers. Photo: George Tsotsos.

Superintendent Moller called on the local community to report any suspicious behaviour so police can continue removing drugs and ammunition from Canberra’s streets.

“We know the community is supporting us with this endeavour, and I would like to thank those individuals who give us information,” he said. “We want to hear from anyone who has any information regarding drugs, illegal firearms, or criminal gang activity.”

Police are urging anyone who may have any information regarding illegal firearms or drugs to contact Crime Stoppers on 1800 333 000, or via the Crime Stoppers ACT website. Information can be provided anonymously.

Amie Doolan - 11 minutes ago
Where have these 50 people been housed? Are there local families taking them in, are they living in hotels or have they been... View
Helping ACT - 49 minutes ago
Roseanne Howes I am proud of Slabsforheroes too. A history written by them couple of years ago. I am part of them.... View
Helping ACT - 54 minutes ago
Hi Jenny thank you. Let us keep helping. Humanity needs it. View
Property 32

Marc Blackmore - 46 minutes ago
Another scheme to disincentive investors into the market reducing supply and end result is more pressure on rent rates. The o... View
Jeffrey Brown - 51 minutes ago
It's a great idea. It should definately apply to a situation where the Landlord does not honor the Lease Agreement through th... View
Natasha Van Oudheusden - 52 minutes ago
Often the landlords are just normal people trying to provide for their families. How are they supposed to afford it? View
News 23

Aaron Nicoli - 52 minutes ago
It’s also so much safer now… 60km/h jam brakes on for the camera, accelerate back out to 60… It’s achieved nothing fo... View
Phil Hogan - 1 hour ago
Got to pay for the tram 🙄 View
mark boast - 7 hours ago
Is a speed limit a “never exceed” or a permissible maximum plus/minus 10%? Cameras don’t image opinion. Time to move on... View
News 3

Capital Retro - 11 hours ago
I don't think I said nuclear power is the only economically viable alternative to coal, in fact it is the only alternative to... View
show more show less
*Results are based on activity within last 7 days