Powered by Passion: Canberra women reaching for the stars 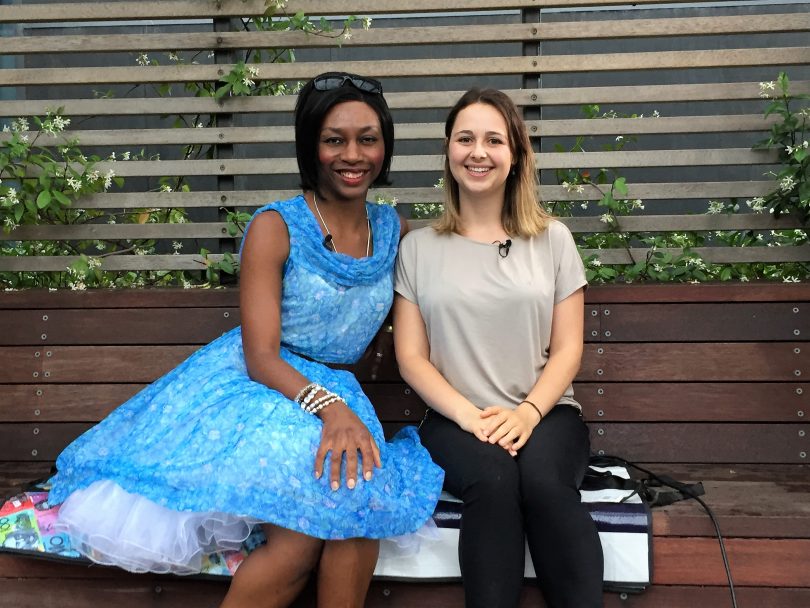 “If you can’t see it, you can’t be it”, goes the mantra: we all need role models and inspiration, and sometimes the most powerful icons are right there in our own backyards.

Powered by Passion is a new Region Media series by Nina Gbor that takes us inside the lives and motivations of some remarkable Canberra women. Some may already be well known to you: Nina talks to Hannah Wandel, who is the ACT’s young citizen of the year, while others like the multi-award-winning architect and scientist Jenny Edwards are celebrated in their fields.

But all have in common determination, a fire in the belly and a vision that motivates them far beyond the drudgery of everyday life. They have dreams and big ideas. They have energy and self-belief. Sometimes, they crash and burn and sometimes that really hurts but they rise again.

First, we meet a remarkable young Canberrean. At 24, Ashleigh Streeter-Jones is already an award-winning activist, gender advocate and the youngest ever ACT Woman of the Year for 2018. Ashleigh created a movement that was crucial to getting child labour on the G20 agenda for the first time ever in 2014.

Ashleigh was named on the Forbes 30 Under 30 Asia list in 2018 and has contributed to Region Media on ending violence against women and creating a community that is safe and respectful for all citizens. She talks to Nina Gbor about driving change and finding a path forward.

In our new series Powered by Passion we’ll be meeting remarkable trailblazing Canberra women with vision, determination and fire in their bellies who are changing the course of the world we live in. This week, Nina Gbor gets to know Ashleigh Streeter-Jones, an activist, gender advocate and change-maker with a huge list of accomplishments. Hit play to hear what inspires and drives the young achiever and her vision for the future.

Samuel Gordon-Stewart - 43 minutes ago
John Hawkins I’m all for optional seatbelts (and optional helmets, for that matter). A spike in the steering wheel, while i... View
Stuart Brogan - 7 hours ago
James Hutchison of only there was a cycle network. View
Stuart Brogan - 7 hours ago
Carole Ford you are close, except cycling is actually not that dangerous, it is sold that way. The life expectancy of a cycli... View
News 19

Colin Ball - 8 hours ago
Why do they get game consoles?it's meant to be a place for punishment not reward, what about the people who have worked hard,... View
Steve Whan - 9 hours ago
Just curious, do instigators of damage have their terms effected due to vandalism caused? I dont know. Just curious. View
Inca Serrated - 10 hours ago
Not a single mention of the conditions that prisoners are living in... Lockdowns, no family contact for over a year, no meani... View
Lifestyle 14