Who are the Women's Wave marchers this weekend? 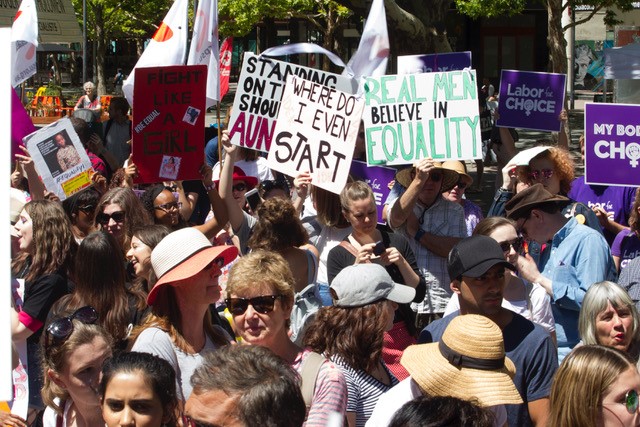 On Sunday 20 January 2019, people from across the ACT will come together for Women’s Wave Canberra as part of the global Women’s Wave movement. Started in 2017, the Women’s March gathers women, men and non-binary persons to call for a better standard for all women. This year, the movement focus is on gender-based violence.

“Whether it is on the streets, in our homes or in institutions, women with disabilities are targeted by abuse because we are isolated and othered by able-bodied society”, Ms Moore said.

“Speaking at the women’s march is an opportunity for me to ask everyone out there to make a commitment to inclusion in their daily lives, because we need allies to stand with us and break the cycle of isolation.” 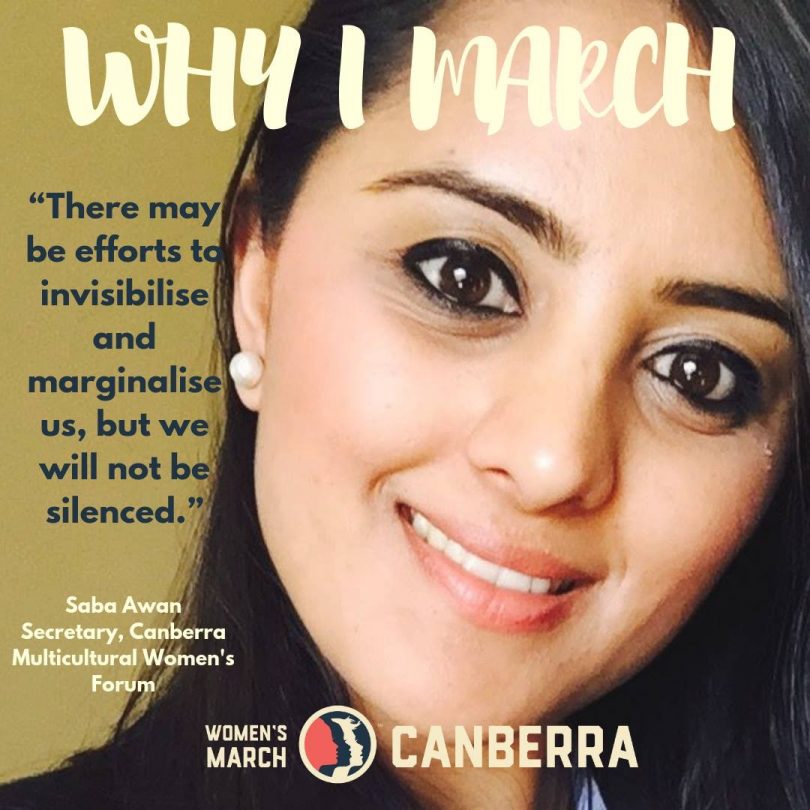 Women from many different backgrounds are planning to match together this weekend. Image: Supplied.

Saba Awan, Secretary of the Canberra Multicultural Women’s Forum says: “I am marching because as a Muslim woman of colour it is difficult to feel a sense of equality when our parliaments and legislative assemblies, mainstream media, workplaces, services and local communities are not always inclusive and safe.

“How can they be when Muslim women and women of colour are often targets of racist hate and scapegoating, when our identities and experiences are frequently policy after-thoughts or condensed into meaningless acronyms so that people do not have to genuinely understand our diverse realities and frankly, when we are treated as peripheral. We are not peripheral.

“Within the Australian context, we need to shift this inequality in treatment through increased representation of women of colour and Muslim women in positions of leadership. How can we be expected to have a seat at the table and contribute to the decisions affecting our lives and those of future generations when we are not even welcome in the room? This has to change.

“Let’s use the women’s march as an opportunity to learn from each other and build the strength of the equality movement together. We will not be silenced.”

On 20 January, members of the Canberra community will come together to march for a better standard. Peta Swarbrick, organising committee member and President of Canberra Women in Business, will be co-hosting the event.

“I march because as a woman born with dominant culture privilege, I have a responsibility to call out disadvantage suffered by all female-identified people in my community. Without solidarity through true and committed intersectionality, no woman will ever be free from oppression. I march because I have no other choice.”

Amy Blain has been a key driving force of the Women’s Wave as the Women’s March Canberra Chapter Ambassador of this year’s event: “It’s about showing up, speaking out and standing with people that face struggles, challenges and barriers that most can’t imagine. It’s about knowing when to step forward, when to stand alongside and when to step back. It’s about making the world a better place for everyone.”

Women’s Wave speaker, Edith Muruka, Founder and CEO of Moments of Life Experienced Together (MELT) says: “I march to express my solidarity with women who suffer various forms of violence silently. We are better and stronger pulling towards change together. Only then, can we win against violence together.”

As for me? I march because I want to see a better world for all women. As a woman from privilege, I have a responsibility to stand side-by-side with my sisters globally and use both my platform and my voice to both call out injustice when I see it, and amplify the voices of those who aren’t heard. I march because women everywhere deserve better, and I won’t stop until women everywhere can live in a way that allows them to achieve their full potential.

The Canberra Women’s Wave is taking place in Garema Place on 20 January from 10 am -12 pm. As an event by the community for the community, we rely on donations to bring this to life. These donations allow the event to be as impactful, accessible, safe and inclusive as possible to ensure we’re truly reflecting our Canberra community. Donations can be made here.

Will you be joining us?

Ashleigh Streeter-Jones is a Forbes 30 Under 30 Asia listee and ACT Woman of the Year. 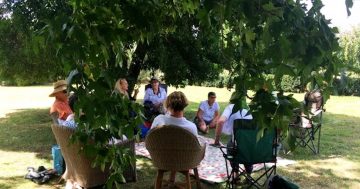 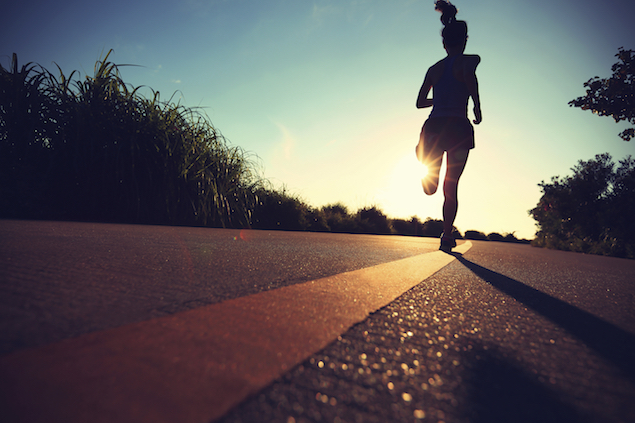