Powering up: ACT's next big battery will be even bigger 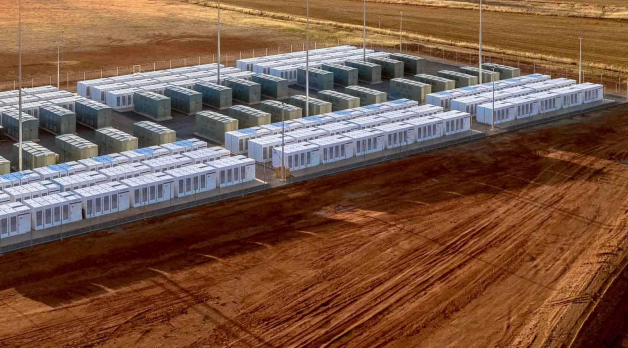 Moves to shore up the ACT’s electricity supply is powering ahead with plans lodged for the second of two big batteries, which is now to be twice as large as first expected.

Part of the deal was for the companies to provide big batteries, and GPG has already lodged its DA for a $10 million 10 MW system in Beard, while Neoen had flagged a 50 MW facility.

Neoen’s development will cost more than $15 million and comprise battery packs encased in steel cabinets, a substation, a transformer, an office, a road, a 20,000-litre water tank and fencing on the 2 ha Mountain Road site, which the company has bought.

Neoen will own and operate the facility, which will have a power output of up to 100 MW, with the capacity to store up to 200 MWh of energy, and up to two hours’ power in reserve. 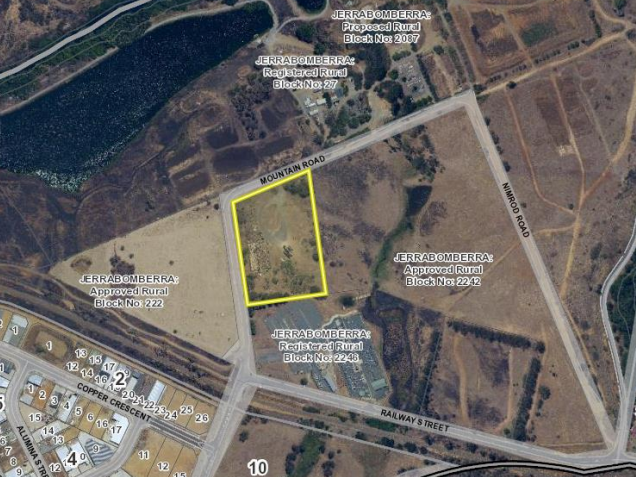 The future site of the big battery at Jerrabomberra.

The system will export electricity at 33 kilovolts to the substation on-site and be connected to the nearby Queanbeyan Substation.

The DA says the battery technology is conservatively estimated to have a life of at least 15 years, but with more efficient replacement technology likely, the proposed development’s total life could be up to 50 years, depending on innovation.

The aim is to provide a more predictable supply of electricity to the grid, with the big battery able to dispatch stored energy during peak times to avoid blackouts, and when large fossil fuel generators fail in heatwave conditions.

Like the Queanbeyan Substation, the facility will be operated remotely and there will not be any permanent staff on site. Traffic will be limited to one to two daily light vehicle trips to the site.

There are some regulated trees on the site, two of which will need to be removed.

A bushfire assessment recommends that Neoen take measures to prevent and mitigate fire risks, including the establishment of Asset Protection Zones (APZ), a 20,000-litre water tank and ensuring the clear access on Mountain Road.

There are no registered heritage places or objects on the block, but there is an Aboriginal site in the north-east corner which the DA says won’t be affected by the development although it will be fenced off.

The current lease allows only stockyards and will need to be changed to accommodate the battery development.

The ACT now sources all of its electricity needs from renewable sources. The government is aiming for zero net carbon emissions by 2045.

I hope the ACT government knows what it is getting into:

The hype for big batteries doesn’t equate with the reality:

Talking about government and superannuation funds “investing” in technology and the “future”, who could forget the failure of TransACT Communications 10 years ago.

TVG Capital, Motor Trades Association of Australian Super and ACTEW were among investors accepting $60 million from the sale of Canberra broadband provider TransACT to iiNet – an asset that cost them $280 million to build over 10 years.

ActewAGL backed up their huge losses (underwritten by ACT ratepayers) by losing another $10 million investing in A Better Place (EV venture).

ActewAGL was also “bundling” by offering reduced rates for electricity which was really a subsidy funded by users who were not involved – in the same way as solar exporters are being subsidised.

And lots of warmists unable to challenge what we are calling out.

Andrew Kenna How do you think our Gov get rich, by not spending money they don’t have, if every company had to pay there tax’s rather than giving it to a Charity then claiming it back at Tax time we would be the wealthiest on this planet, so they just take Gov Public Servants Retirement Funds and use it as they like. This is the reason why they keep putting up retirement age as they have no money to pay them. I’m retired and should get at least $1000 a fortnight, but i only get $580 a fn, while job keepers get up to a $1000 a fortnight. I helped build this country into what it is today, yet get paid next to nothing, even my Super is being taxed again before i get it. I paid tax on it when i made it, while it was in my Super Account they used it to buy luxury cars and boats for them selves and now i’m retired they still tax me on what i should be getting. So really i’m better off getting a job then loosing it and going onto job keeper then i will get double what i get now.

Macca McMahon Could be a lot worse. Some super funds are still risking members’ retirement savings in fossil fuel ventures.

I hear the site is patrolled by my neighbours’ BARKING DOGS, isnt dat rite Chris, eh?

Re the discussion on recycling bird blenders, don’t forget the 200 ton plugs of tower support concrete that are conveniently not seen have to be dug up and dealt with.

I assume the battery people are paying a “clean up site” bond to the EPA to cover disposal of the spent batteries etc. if the operator can’t do it? Mining companies have to do it.

Another case where ACT ratepayers get to pay twice

So what exactly is the life span of a battery and what do we do with it when it is finished with?

Anna Andjelkovic At least the turbines are predominantly constructed of Steel with copper cabling, all recyclable, pity about the blades and the nacelle shell though.

Neil Thompson still use about 200t/turbine of coal to construct

Neil Thompson The article says “the battery technology is conservatively estimated to have a life of at least 15 years, but with more efficient replacement technology likely, the proposed development’s total life could be up to 50 years, depending on innovation.”
I’d say 15 years on the battery is indeed conservative given the cells of the battery are stationary and would have stringent charging and thermal management.

Rob Thomas Whats clean about the mined products and disposal of the spent components just to store energy from unreliables?

Andrew Cairns nothing! Therefore shouldn’t do anything!

“….with the capacity to store up to 200 MWh of energy, and up to two hours’ power in reserve.”

Can candles be made from Skywhales……?

And its french so it will never work!

Ian Gooch their other renewable projects seem to be working great

Matt Turtles like the 56 nuclear power stations in operation today. Without those they would need about 1,300 coal power stations or 200,000 wind turbines.

(They currently have like 4 operational thermal coal power stations. Nuclear is the answer)

Nathan Burraston you do realise you use to argue against solar and wind on the basis they required subsidies, and now they don’t you’ve skipped straight to nuclear which is 900% more expensive and even the Switkowski report shows requires both a carbon price and government subsidies to compete. Right?

And before anyone starts – I am technology agnostic, and modular breeder reactors don’t exist they require the 4-5 decade process to take a concept to commercial production. The one solar and wind have recently completed. So sure. In 40-50 years. In the meantime we need power now, it’s available at nearly 1/10th the cost and, to quote Ziggy, ‘only advocates and intellects are talking about nuclear in Australia’.

So the Queanbeyan sale yards have been sold???

What a waste of money

Garry Peadon As opposed to the billions we give to fossil fuel industries?

Michael Woodhead battery tech is not there yet and use more fuel to make and transport than they can ever put out so yeah – this is a complete waste of money.

Garry Peadon Science indicates otherwise. I’ll go with the scientists, not with the deniers.

All I see is opinion, Garry, not evidence

Rohan Neale actually, the property I work on has a 50kw tesla bank – always has problems and the genis are always kicking in – waste of money!

Garry, the car I drive broke down once. Therefore by your logic are all cars are a waste of money?

Rohan Neale battery tech is not there yet. It has its uses such as rural areas, caravans etc but big builds like this or for homes etc are proven to cost more and do not pay for themselves during the life of the battery.

Lots of tech wasn’t there yet. Investment in research and development helped it get there.

Just a few more numbers to crunch.
At 10.05 last night the state of play was as

Well, it certainly seems that renewables have almost totally displaced fossil fuels in SA but SA does draw power from other states. NSW’s power generation is “light years ahead” by being dominant with fossil fuels. The ACT “pays for renewables” but then gets what’s available.

At the end of the day there is no way that renewables will ever replace the reliability of coal generated electricity.

Again much talk about our leccy supply in this burgh and the wind generators we ‘own’ down in SA.
I tend to think somehow that the wind power produced in SA is claimed to be all a part of their green credentials, and not ours. But could be wrong.
At around 5.10 this arvo NSW was producing the stuff from the following.

Down in SA they are producing the stuff from

Can we please stop with the repeated ridiculousness that these batteries are designed to shore up the ACT’s electricity supply or that they will do much of anything in preventing blackouts during high demand periods.

The peak demand in the ACT in both winter and summer is currently around 600MW. Whilst these types of batteries are useful to have, they are mostly going to be used for frequency control and exploiting short periods when the electricity market price will make them money.

And when was the last time this event occurred?

“………there will not be any permanent staff on site. “

Hello, wasn’t the renewables industry supposed to create thousands of jobs for Australians? 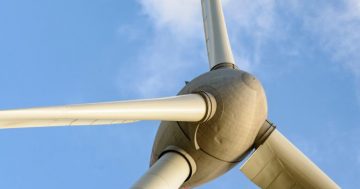 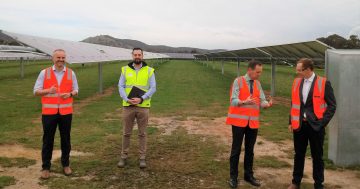 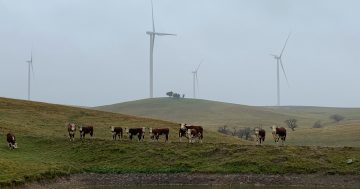 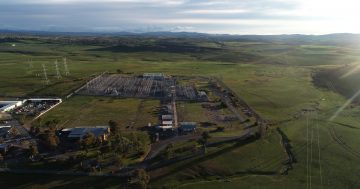 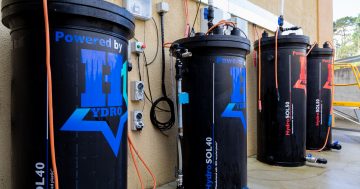 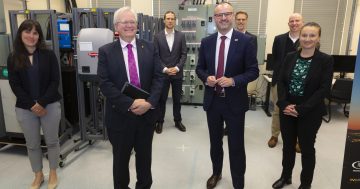